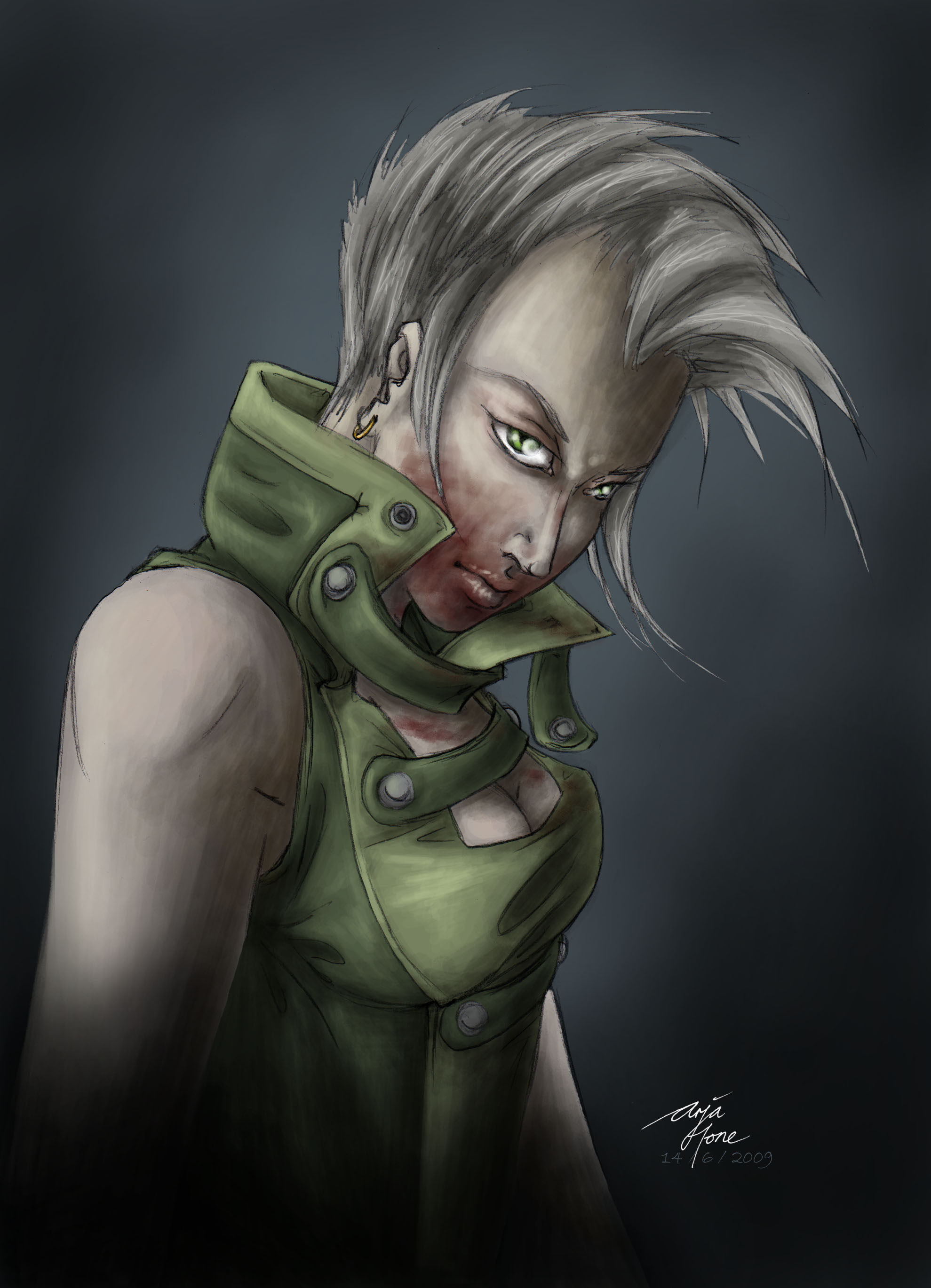 Okay, this one was drawn up while waiting to hear back from two requesters (and I didn't want to move on to a third too soon!) So I haven't got a story behind her so much as a few vague ideas around her being a Force-sensitive in the alliance of the Sith, and one of many like her...

Essentially a fanatic she is loyal to the death to her master and, as such, she is both protection and intimidation - so emotionally and psychologically scarred that she smears the blood of her kills on herself and rumours say that she even consumes certain parts of those rivals she has come to respect in battle. Although she has some natural sensitivity she is not encouraged to train this talent and instead it boils, untamed, at moments of strife or battle, manifesting in an uncanny talent for avoiding blows as if reading the mind of her combatant.
No personality, no moral code, she is her master's perfect weapon.

I have to say this is one of my favorites!