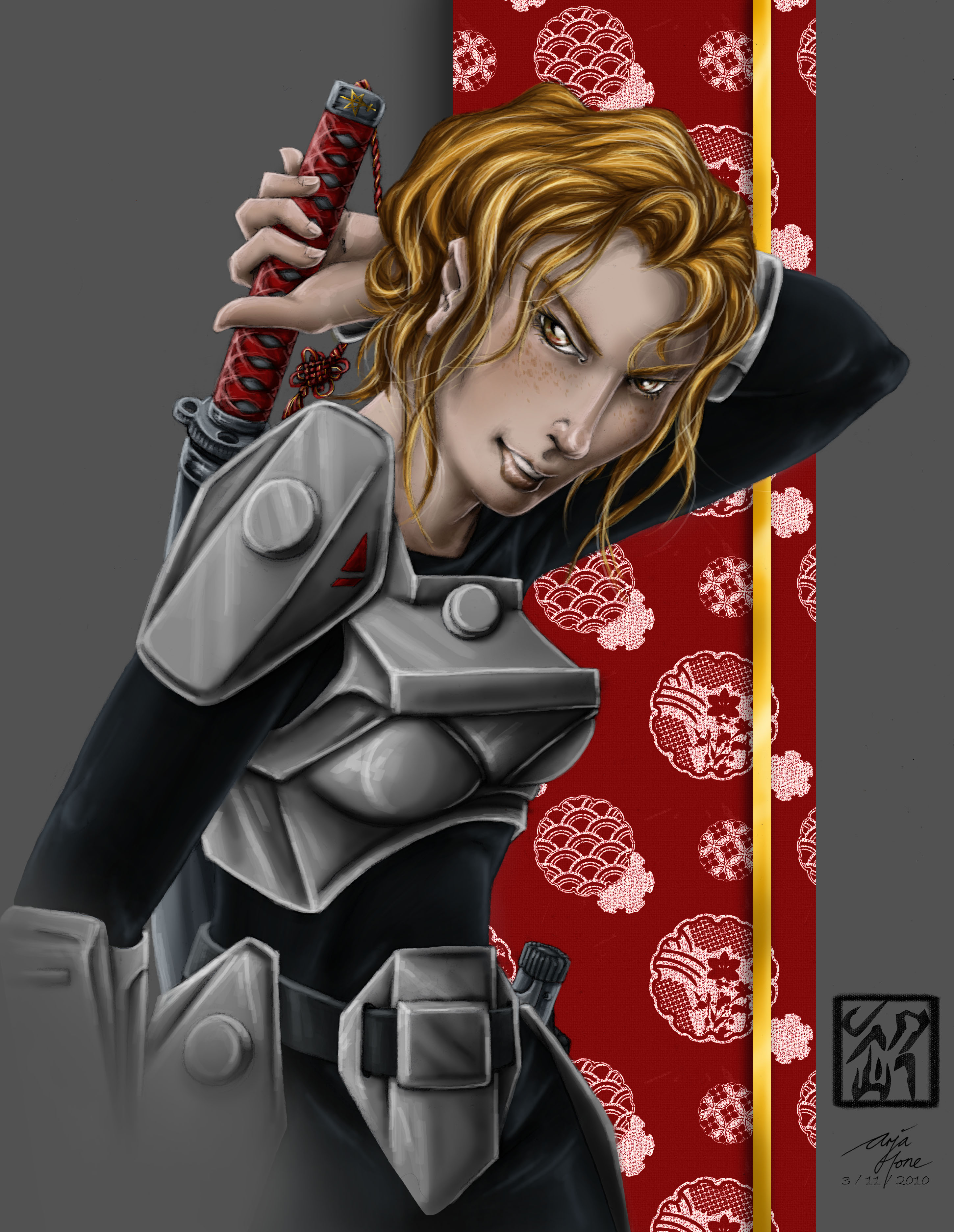 A new request from Kalenath;

“I should have known.” The cold voice had Istara and Trugoy stop in their tracks. “Sharlina of the Bladeborn, no one else would have dared.”

Istara sighed, and here her day had been going so well too. “Underattache Goss, what a… displeasure.” Trugoy looked at her and she shrugged. “Still trying to get favors for jumping people in the queue?” Her voice was cool and conveyed disgust.

The human in the ornate suit snarled at Istara. “It is Moff Goss now. Sharlina, you should leave now. You will go no further.” A squad of soldiers in full armor approached from a side corridor. Just looking at them, they were well armed for fighting Force users, with disruptors and sonic pulsars instead of blasters.

Istara sighed. “Underattache Goss…” Goss bristled as she didn’t call him by his new title. “…you seem to have forgotten what I told you last time.”

Goss smiled evilly. “You wouldn’t dare. I am a Moff now.”

Istara continued as if she hadn’t spoken. “It was fourteen years ago, so you may have difficulty remembering. Of course, you are such a cretin I doubt you could remember your name if it wasn’t stitched to your shirt. I told you, that you would hit the floor in three pieces if you stayed in my way. Move. Now.” Her voice was almost kind again and her hand was not on her sword hilt. Trugoy didn’t move, but a small smile played across his face.

Goss snarled. “You are the one who is leaving-” He stopped talking. Having a sword slice through one’s vocal cords did that to a being. But he was already dead by then. Indeed, Istara’s first strike had cut the man’s torso in half, and her second removed his head from his shoulders. And then her sword was back in its sheath. What was terrifying was that her facial expression didn’t change in the whole time which may have been the space of about three seconds. His body hit the floor with three loud thumps that echoed through the hallways.

The approaching soldiers lowered their weapons into ready position, but Istara just sighed and shrugged. “I warned him…”

Her hair looks amazing. The detail of the highlights looks awesome. Hope you put some of that into the bothan. ;) also dig the freckles.
The GM knows the will of the force.

I have to say, my favorite thing is the arm, and the fingers. Just because they are so in proportion. Also, Kalenath, great story going on there.

It is so cool! The freakles on her face are neat as well as the eyes and hair. A job well done.

Trying to put her in a nice, neat box usually winds up with people getting hurt.

And Mercy got everything right on her. This is utterly amazing Mercy. You always do good work, but THIS...

This is astounding. I never thought about the freckles, but YES! It works. She is utterly vicious and pragmatic, and at the same time, kind and gentle. She can act a bit naive at times, but most of the time it is an act.

Oh, and do NOT cross her boyfriend...

Dang, girl... your coloring is getting really good!

Hee hee! So glad you like, guys!
SWAG is a dear, sweet muse!!

i do so like the attitude in this one. And the shading is so clean. very nice!

Very cool. Nice pose. I always have trouble with the reaching-over-the-shoulder-to-the-back thing.

I know what you mean, Judas, so when it worked I HAD to keep it!!