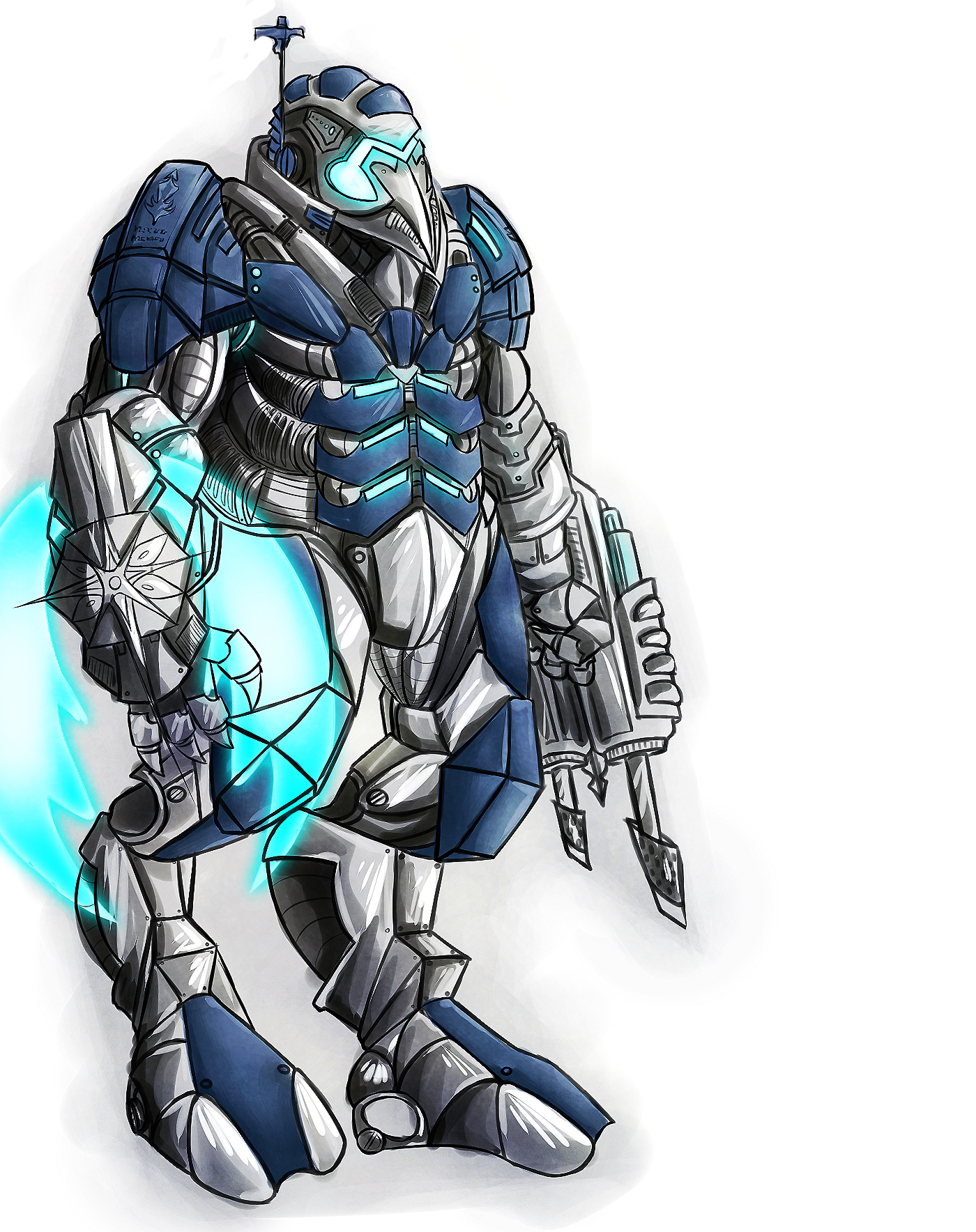 Uh, Tusserk encouraged me to upload this?

I actually spend a good chunk of my time making stuff up on behalf of a fictional species that there is next to no solid information about. Uniforms, droids, aesthetic traits, common design elements, etc, etc. On one hand it is kind of fun to make stuff up, on the other sometimes it is frustrating to have so little to work from.

(I.E. I speculate a lot about Fosh and come up with reasonable plausible stuff. Like that the homeworld and few other Fosh occupied worlds might be in a nebula in the unknown regions, which would keep them hidden. I've made up a sort-of-kind-of tradition where grey feathers are plucked from the crests of mourners when a loved one passes away, since I like to think that the symbolism/my own special brand of BS would have it be a kind of acceptance kind of thing, where they let their greif go with the deceased. I don't have Evi clued in on that, since I have no idea how Fosh are completely handled in-game, this is just stuff I make up in my own time. She would have been young enough to realise the connection to death and the grey feathers but not much else.)

Heavy armour was a challenge for me, since I'm kinda only really 'good' at medium armour at best. But I think that this design is pretty resonable? Wouldn't you say?

If people never did this kind of thing, Rina, then most of the Star Wars races wouldn't have background stories :)  Keep it going, make up the entire Fosh background, might as well, no one else has :)

Works well for any digitigrade species too, if someone were not a big fan of the Fosh species.  Maybe someone whose name is 'Josh' and who remembers how cruel schoolchildren would replace the first letter of his name with any other given letter just to tease him.

what did i just write

Rina, I love this more than my meager words can express.

HAHAHAHA got to add my lol. Canned chicken. XD

I don't know about anyone else but chicken in a can creeps me out.

what did I just ask