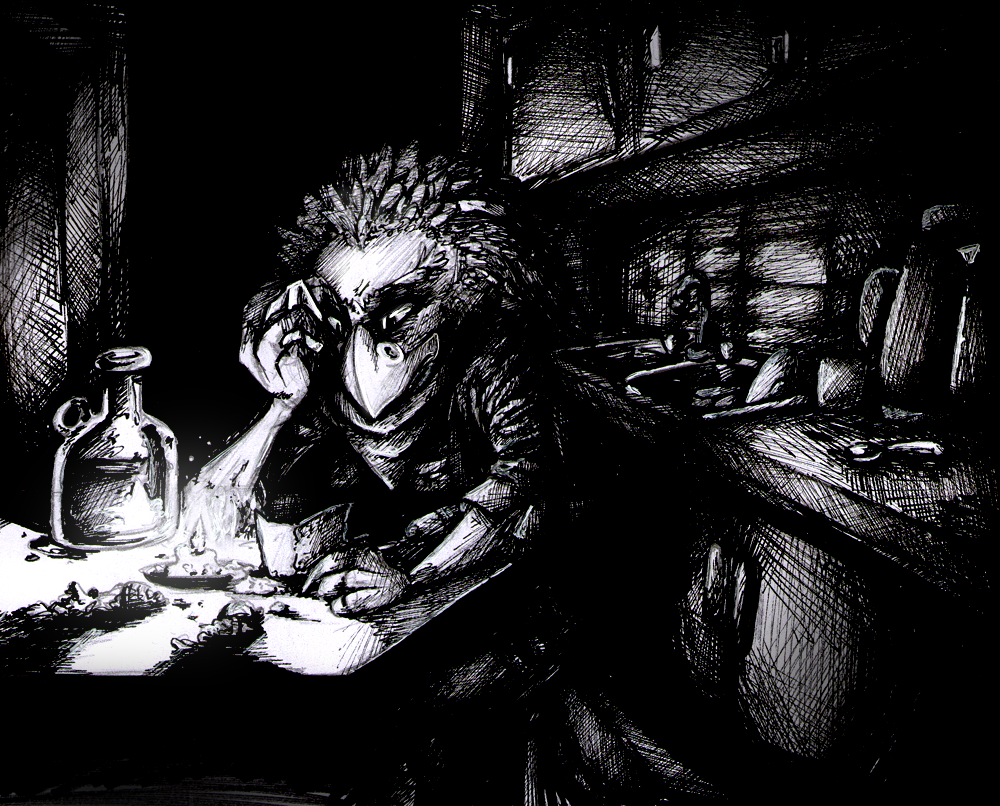 3am in the Galley

A thing that I noticed early on with the good Doctor was how much he tried to hide his passions. His genuine love of history and those old dusty building blocks of more worlds than the one he stood on. He tried to hold it back and only seemed meek because of it. I'll admit it, I was one of those people who only saw him as quiet and odd, not realising that the real fire of his life would only shine through when you saw the work that inspired everything he was. I'd have left were it not for those thin slices of light that broke through that drab exterior. I'd mistaken his passion for something obsessive. I should have known back then I was nothing but a living text book page to him. A thing to observe and study that wasn't frozen in rock and time. Thinking about those days used to break every tiny fragment inside of me, shredding my mind and soul with shrapnel. Now all I can do is regret believing in the things that he did, I ended up falling for him just as much as I fell for his cause and his idea. The overwhelming possibilities and hope he would explain for me every time worked like a spell. I still think of it as that, I wasn't brainwashed or tricked or manipulated. I fell for the cruellest form of torture- believing in the cause of someone completely devoted. The more I saw, the more I fell in love with the man and what he believed. I thought he was going to do something great. Something great that I was going to help with- even back then I knew that I wasn't any more than the page that his work would have been painted on. He drew me in with truth and desires that extended far beyond my tiny self. He was going to discover- rediscover- everything about me I never knew. He was reaching for something fantastic and I got swept up in that ecstatic passion. I couldn't keep up with him though, and when I started falling short of his progress I failed to notice the warning signs along that road. That blazing light that fuelled him so blinded me, the first wound of many I still carry. I worry that I'll fall for a passion like that again in someone. So now I keep my eyes down, even if I can feel the heat. *** Evi mulling over old times and old hurts. Drawing started out as a sketch in the pub and quickly escalated. Wrote up this thing ages before but never had an image to accompany it.

reminds me of an old tin etching...

I was thinking etching too....very nice

Is this, what, digital line-scribbles over the original sketch? It looks super super cool. Even the thumbnail looked awesome, haha.

Thanks guys! I hadn't even had etching occur to me, but I totally see what you mean looking at it now

...Actually its just a whole lot of sharpie and ink on top of a pencil sketch and then a white gel pen for small touches, this is all traditional

(okay thank god those are recognisable as carrots to SOMEone, lol)

Ah!! The blacks are so solid, which made me think digital- you've just scanned it up real nice, then. Again, super cool. :D

(Though my recognition of the carrots is perhaps a little biased by the fact that I am somewhat familiar with Evi's... habits. Eeheehee.)

Yeah totally, knocking up the contrast on the scanner settings makes the streaky lines usually come out as a solid mass pretty cleanly :>

Very Nice! I really like the effect of the light versus dark, especially around the candle. It really makes for a nice glow effect coming off the flame.

This is an awesome piece. I love the design using only black and white.

Great use of crosshatching technique.

Thanks all :> i'm glad to know hours of inking paid off for a good piece XD