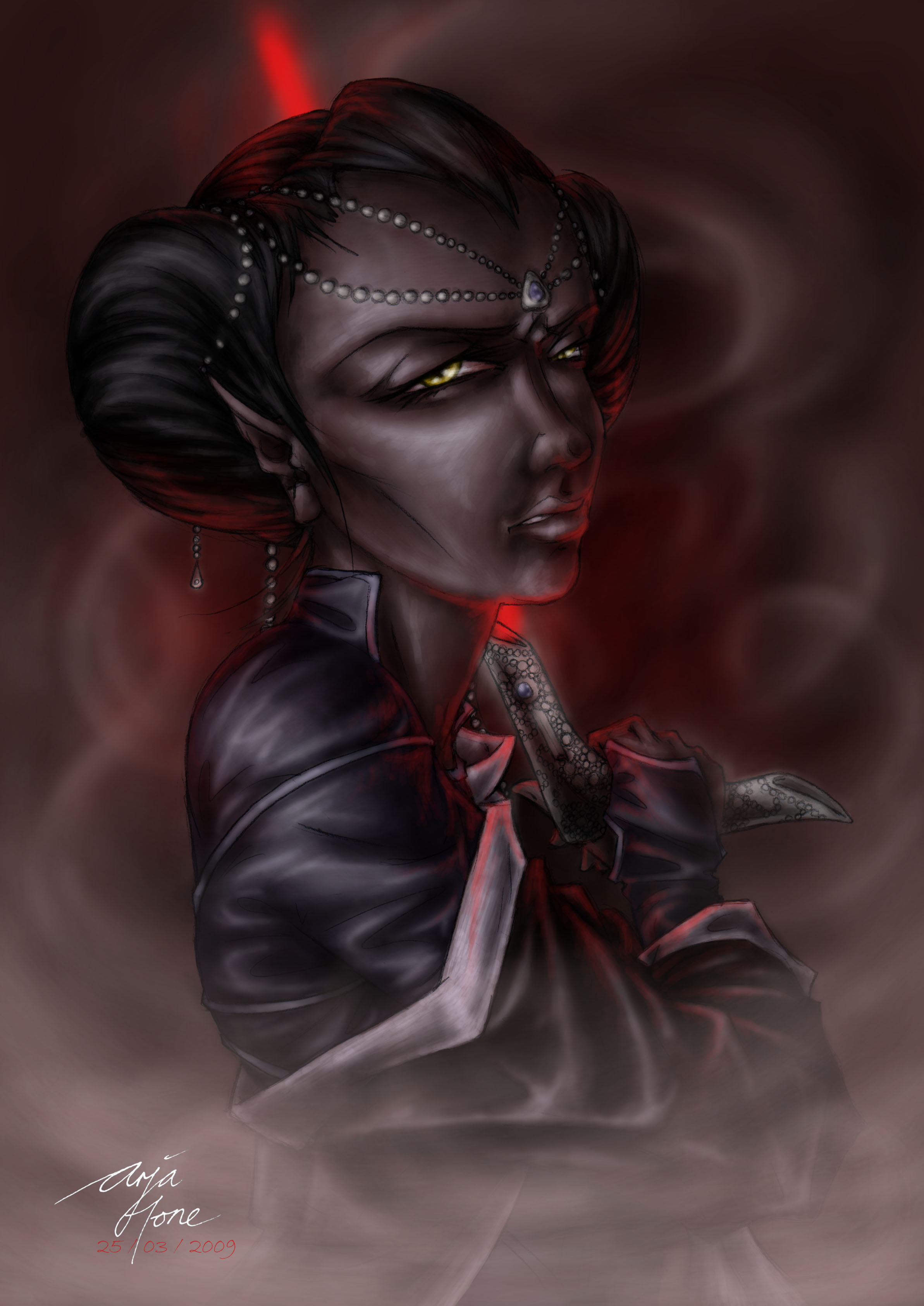 This request from number7;

"I created the following mid-level baddie for the players in my campaign to go up against.

The Lady Shan is a female of the Nagai species. She is also known as Darth Endiss but prefers her previous title of Nagai nobility. She has an athletic build and average height for a female. Her skin is very pale white and she has long jet black hair pulled back in a severe style, exposing her pointed ears. Lady Shan's face is thin and gaunt and her bloodshot yellow eyes have dark circles under them. She is hauntingly attractive except for her disdainful expressions and mannerisms. She wears a skin tight black body suit under black kimono-like robes that are white on the inside.

Darth Endiss has two identical short red bladed lightsabers with a unique bend in the hilts. When thrown like a boomerang, the short blade becomes even shorter and a second blade activates from the butt of the hilt, effectively becoming a boomerang. She also carries a traditional Nagai weapon, the Tehk'la blade. This wicked variant of the common vibro-dagger has serrated edges that tear an enemy's flesh as the blade is drawn from the wound."