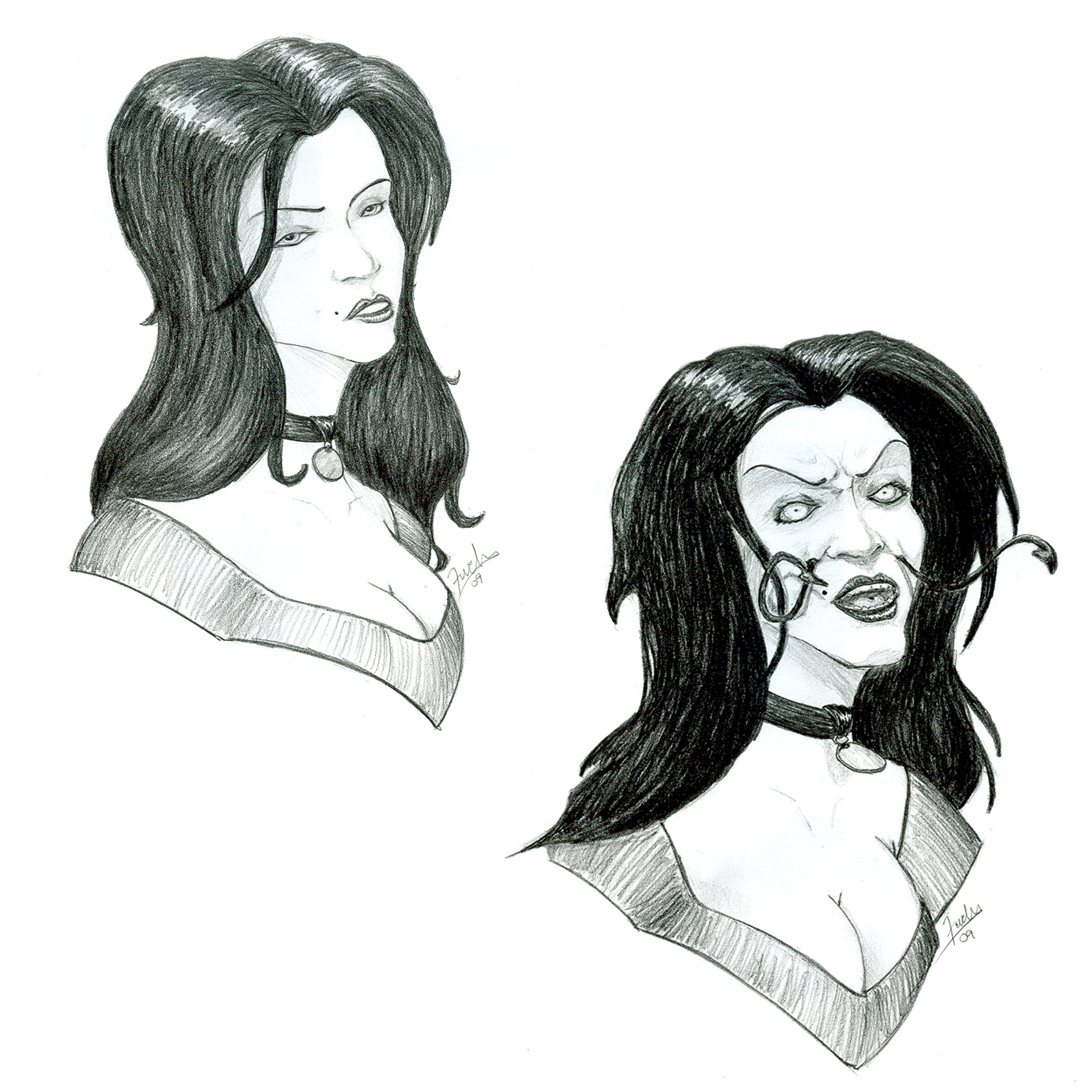 A few months back, our RPG group aquired a new freighter. On their first voyage (on Halloween weekend) some of the crew started falling ill. They then discovered a beautiful female stowaway about the ship. They thought she was a harmless human. When crew members continued to fall ill, they blamed it on some unknow creatures in the hold. They ended up spacing a bunch of Hoojibs and earned themselves some Dark Side points. As it turns out, the sweet, innocent stowaway was actually an Anzati who had been isolating and preying on the crew one by one.

OOOOOooo!! cool Anzati! Reminds me of an episode of firefly except much more dangerous..

At first I was like but then, I RAWR'D.