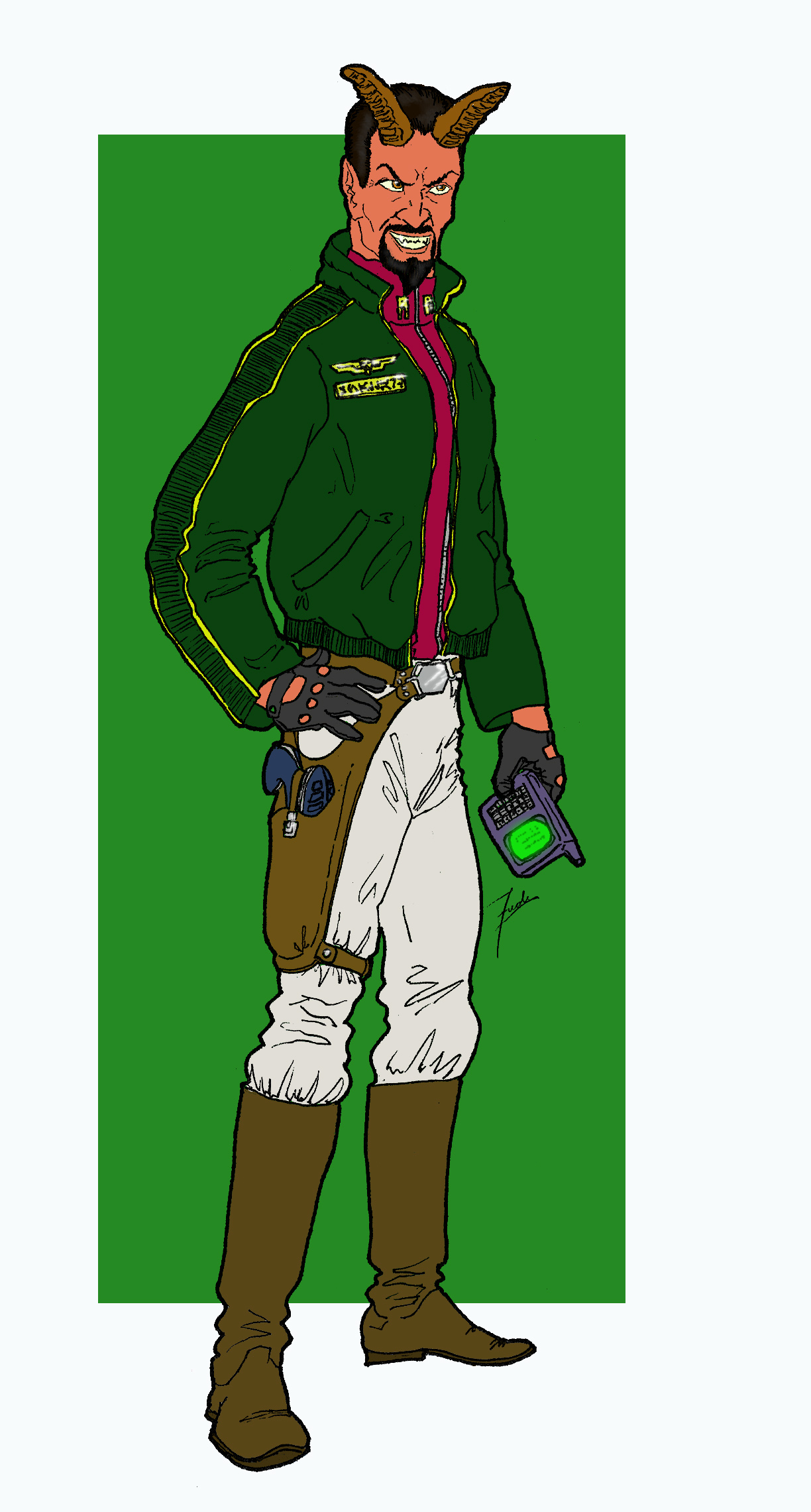 Fate is funny in how it can cause individuals to cross paths again and again. Such was the story of Jaq Snallard and the Farseer family. Snallard was a recruit of the prestigious Alderaan Starlines when he first met Stavid and Terra Farseer. They had booked passage to Alderaan to escape their life on the miserable planet, Slathury. Snallard piloted the shuttle which carried them from the spaceport to the starliner waiting in orbit. The meeting was brief and unremarkable. Yet, when the Farseer's encountered Jaq again in an Aldera marketplace weeks later, it was evident that they held him in high regard, being the first courteous being they had met as they began their new life. Truth be told, Jaq Snallard was not as courteous and upstanding as the image he projected. He was a gambler and an opportunist, often displaying a lack of scruples as he pursued his life goals. Years passed and Jaq had developed a side business as a smalltime smuggler. He ran the operation under the alias Drake Halos, so as not to jeapordize his standing with Alderaan Starlines. On a number of occasions, Jedi Master Jacoby Bardonna utilized "Drake's" services for discreet transport across the galaxy. It was on these occasions that Snallard crossed paths with the promising Jedi student, Jordan Farseer. Jordan, who had been well indoctrinated in the morals of the Jedi, found the Devaronian distasteful and untrustworthy. Yet he helped save Bardonna and Farseer from a few troubled situations, proving that his loyalties to those who paid him were solid. In the years that passed, Jordan was knighted and began missions on his own. After several years of intense service, the Jedi Council found for Jordan a nice easy mission as an emmisary abourd the luxury liner Celestial Princess, which had two month mission of touring the Outer Rim and dipping into the edges of the Unknown Regions. Jordan's mission, to represent the Jedi and the Senate to any new species they should encounter, was designed to be low stress and relaxing. Farseer was amused and somewhat alarmed when he discovered the captain of the vessel was none other than his old Devaronian aquaintence, though this time, operating under his true name. A chance encounter at a brief stop in the third week of the voyage caused Farseer to beleive he knew the wherabouts of his old confederate, Elani Wynflaire. Eager to find her and make certain she was okay, he talked Snallard into bringing the Celecstial Princess a little further into the Unknown Regions than previously planned. The starliner fell under attack of an unknown alien battlefleet and was quickly disabled. As small insectoid aliens boarded and stormed the Celesial Princess, they began efficiently slaughtering all beings in their way, and carrying the bodies back to thier own vessels. Though a scoundrel in many ways, Snallard took his role as captain seriously. He attempted to spearhead a counterattack which was quickly put down. Jaq Snallard died physically shielding a young family from alien attackers. Jordan Farseer managed to fight many of the aliens off and formed a rudimentary and tenuous communication with them, halting the attack. Through Farseer's negotiations, the Celestial Princess was released to limp back to Republic space. Farseer communicated with the Jedi Council that he was leaving with the attackers to learn more of their species and prevent a similar encounter from occuring in the future.