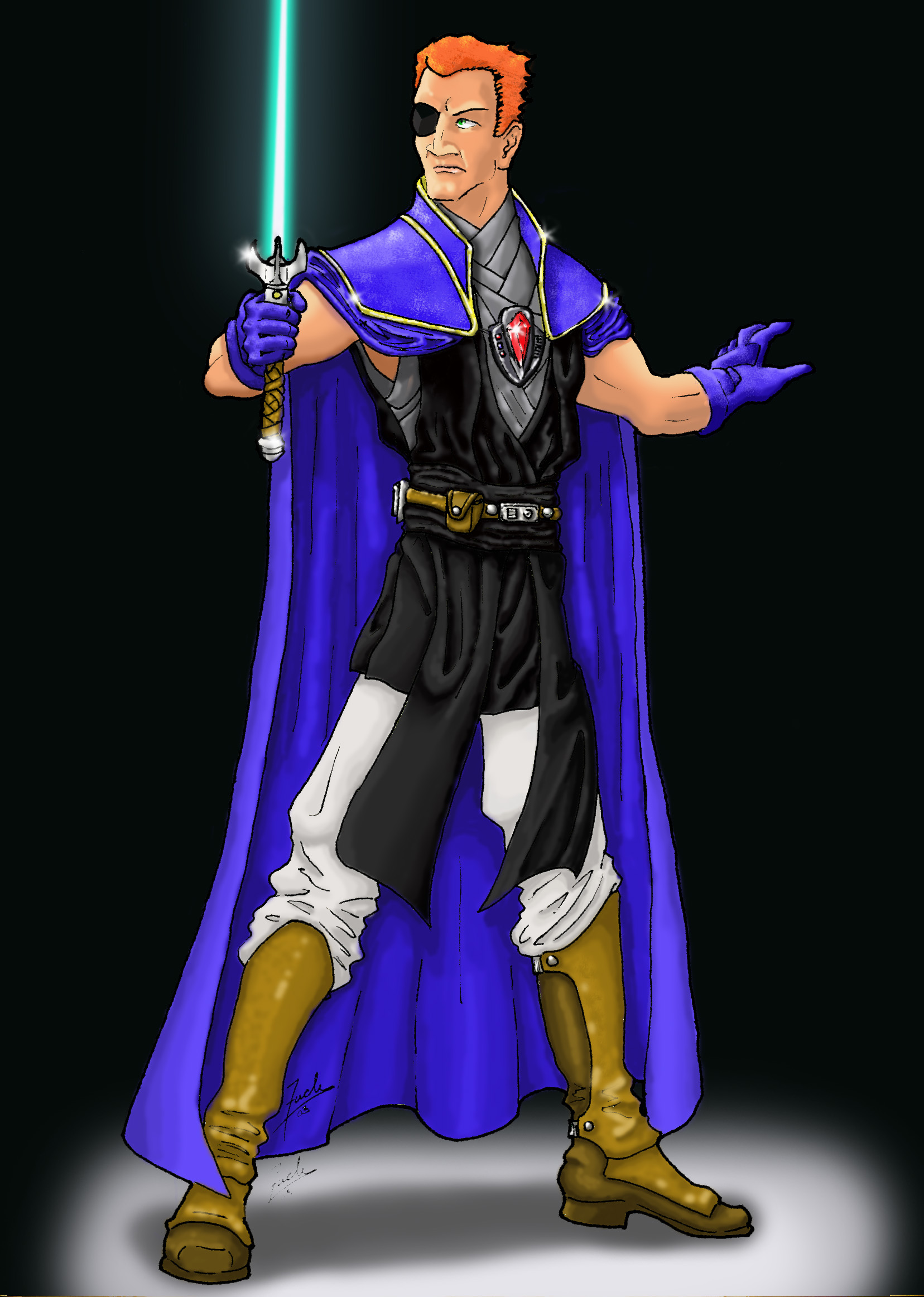 300 years before the Battle of Yavin, Jordan Farseer was one of the Jedi Order's most promising members. He learned very early on of his special talent for reading Force visions, and worked hard to develop the skill. In a time where Master's were not yet limited to one Padawan, Jordan was paired with Elani Wynflair under the instruction of Master Jacoby Bardonna. Throughout their training, Wynflair became increasingly infatuated with Farseer, but, focused on his studies, he continually failed to return the affection. As the intense pressures of emotions, Jedi training and increasingly difficult missions came to a head, the duo had a catastrohic argument, ending in Wynflair leaving he Jedi order and Jordan's life. In subsequent years, Jordan Farseer became a skilled diplomat and was sent on mission after mission to diffuse conflicts. His final assignment was to help the voracious, insectoid Vourren learn to interact with the civilized galaxy. In his months with the Vourren, we was taken into their confidence and given the gift of a recording crystal, which they used for documenting actual memories. It was on the Vourren's planet that Jordan was confronted by the Sith, Darth Temptuous, whom he recognized to be Elani Wynflaire. The battle between light and dark which ensued took both of their lives. Jordan's life force, however, became trapped in the crystal. It would be three centuries before the crystal was discovered by the Chiss Jedi Tranoj. Upon activation, Jordan Farseer was once again freed, but as a hologram/Force ghost. He could no longer touch the Force, but in this manifestation, he would help Tranoj complete his training.

Great work! I love the costume design and I really love the name.