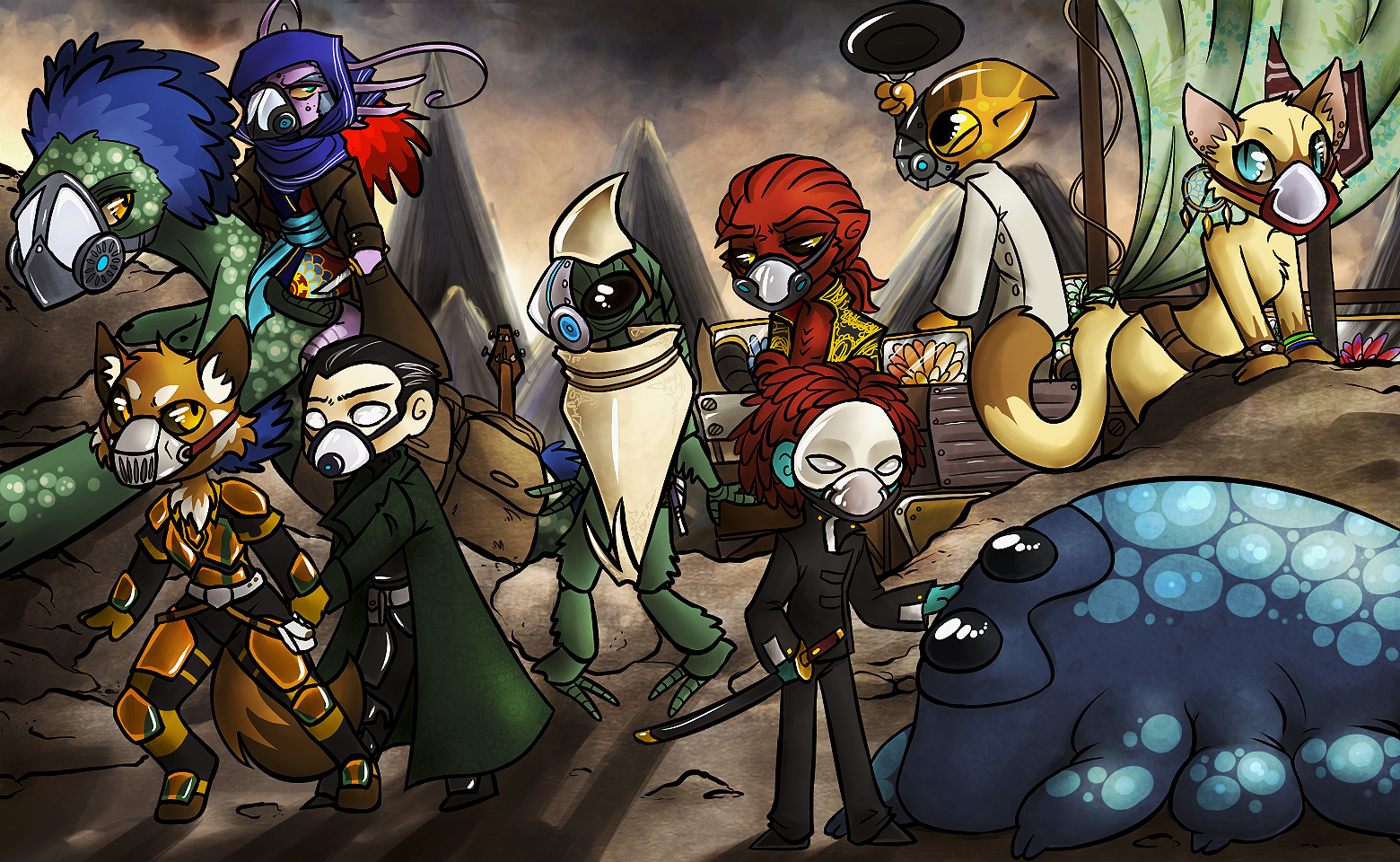 I am continually doubting my spelling of that planet, and yet I don't actually care enough to actually check.

Another silly group portrait- luckily this was one of the times our party was actually REALLY SMALL. Technically we should have included the traumatised girl we had for awhile but she....wasn't really important. And though it could be argued that I could have included some of the people we ran across on Zygerria- MOST OF THEM were bad guys, some of them were fleeting and the remainder of them made me incredibly uncomfortable, thus I am not bothering with that for nothing.

After crash landing on the completely decimated and devoid of life-down-to-every-single-blade-of-grass planet of Zygerria, the Omegas ended up loosing Ace and Fix'ts robot suit (which we conviniently buried. Both of them. Together.) and the aid of every single electronic device. Also there was no oxygen. Also the Force didn't work. FUN TIMES. After months of agonizing trekking over the Zygerrian wastelands, they eventually come across Darth City, we all throw down, kill Nihlus, restore Zygerria to the rest of the galaxy and then discover that the planet had been stuck in a time dilation bubble that meant four months for the team had been five and a half years for the rest of the galaxy.

Also the interdimensional horrorterrors had pretty much totalled the galaxy and Mandalorians are now running the joint. And by the joint I pretty much mean what we know of the operating and living galaxy. YUP.

I think we can all agree that despite what Mrs. Tusserk says Zygerria is probably the worst planet ever.

TATOOINE IS STILL THE WORST

oops, deleted the wrong duplicate, sorry for the missing comments :(

(Tatooine is STILL the worst.)

PRETTY SURE ZYGERRIA IS AS AWFUL AS THEY COME