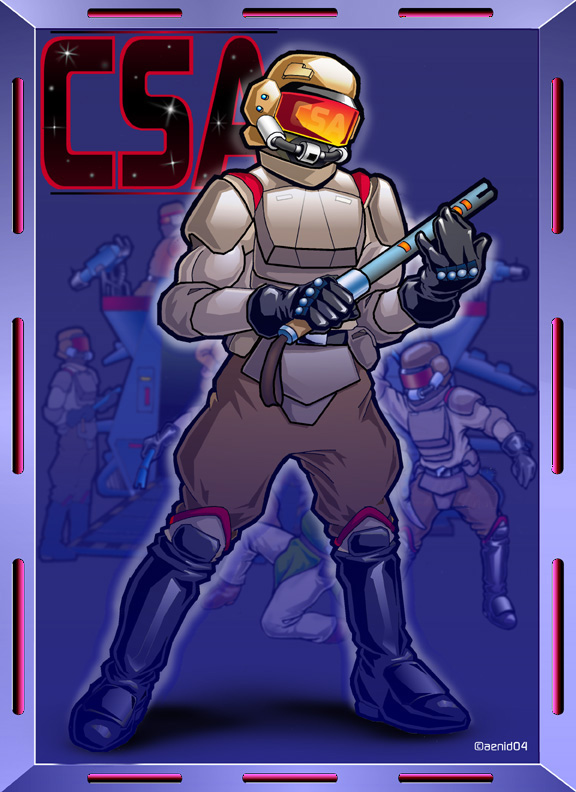 I almost completely forgot about this one that was actually a personal request.

It was for an ESPOS/CSA Trooper which I had never heard about so, doing research, discovered how in depth and detailed the Star Wars universe is!

CSA stands for the Corporate Sector Authority in which Corporations form their own governments. The Police of the CSA is known as the ESPOS and has a reputation for brutality and terrorizing citizens.

Check out Wookieepedia for more details. (grrr, they didn't have a logo when I looked it up!) :)

I depicted an ESPOS unit taking care of a disturbance in their designated sector and called it "..Move along!..
I posterized the finished color.

The Request was done a while ago and last I heard (I no longer have any contact info), the requestor has gone on in life.

Kewl! It makes me think of Troopers.

"Nothing to see here."
Ha! I love it! Nice job on the colors. And that visor....something truly sinister about it.

This is freaking fantastic work!

I think I like this version better than the "regular" published design for espos.