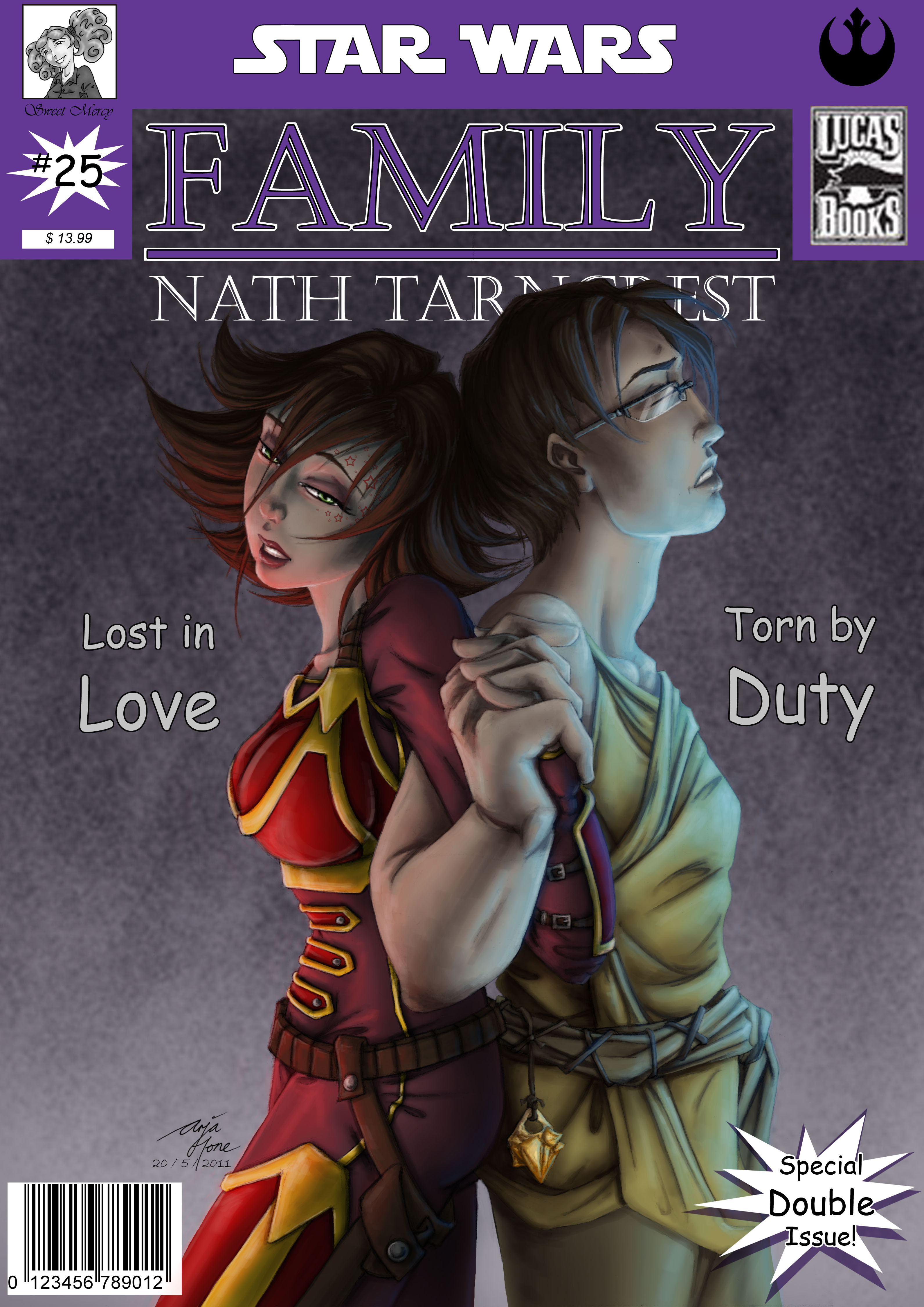 "So, the new idea for the request deals with Ka'rta and Nath. It is another comic book cover with Ka'rta on one side facing away and Nath facing the other direction but they are holding hands. It will be the 25th issue of the Nath Tarncrest comic. The emotion on their faces must reflect the love but pain in their relationship. The background must match their internal struggle. Darker shade on Ka'rta's side and lightens up as it crosses over to Nath's side of the panel."

LUV IT! It turned out great. Thanks Mercy. I like the way the shading turned out as well. Till the next one.

I loved watching this one come together! Great poses and expressions.

I love doing these ones for the kids - so much fun!!