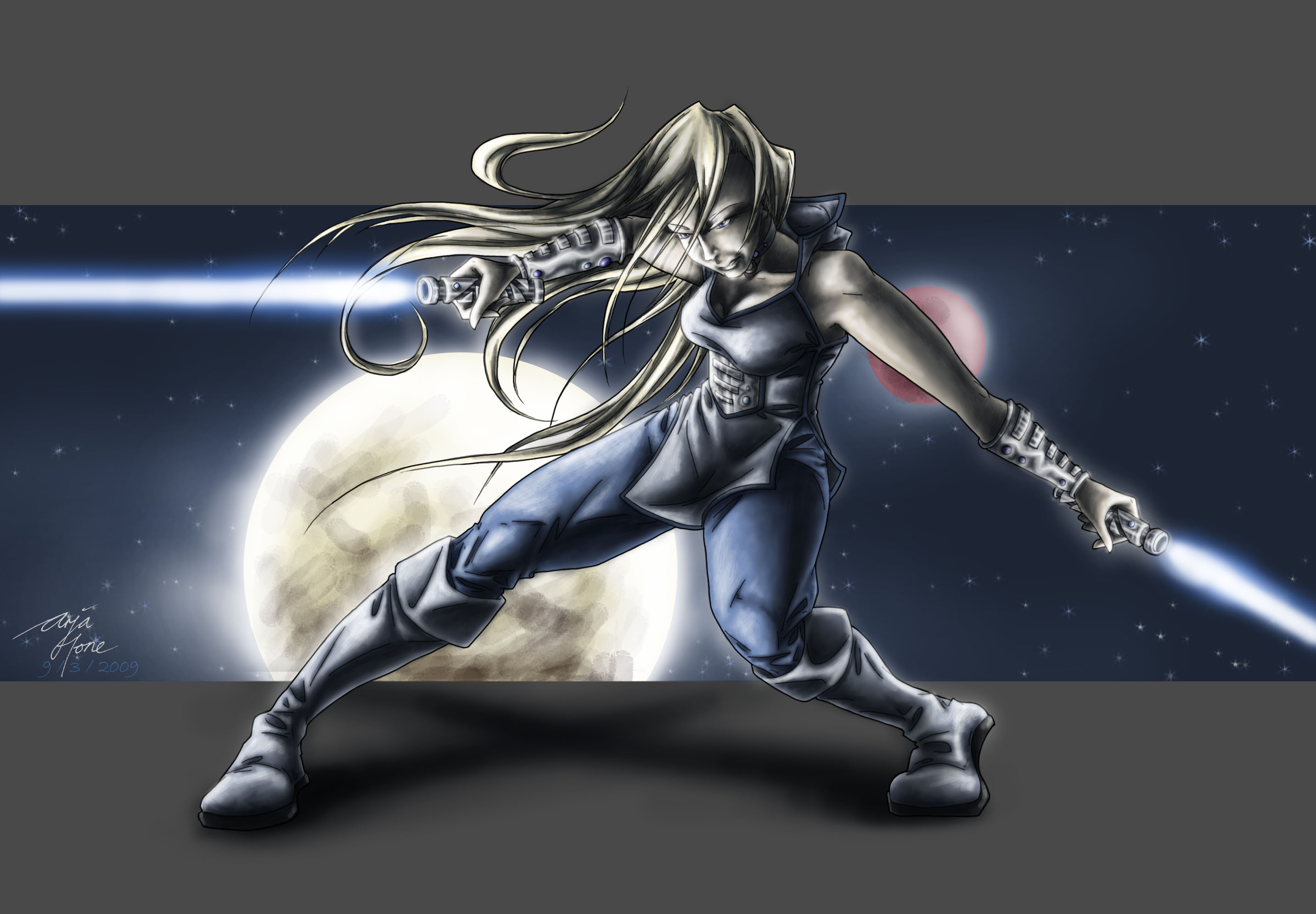 A personal request from KaelWinters;

"Kain is a near human Sith Lord. Maya is a Enchani Jedi Master. The game takes place about 150 years after RTJ in an era in which the Sith have risen to prominence once more. Kain was initially trained as a Jedi. His Jedi Master was the husband of Maya's and so the pair trained and grew up together. Over time what started as sibling love blossomed into real love. However Maya held onto old school Jedi beliefs and felt that emotions only got in the way. Eventually she would reject Kain's advances. Torn Kain faked his own death and disappeared into the Empire.

He would resurface later as a Sith Lord under the name of Darth Inyoku (Japanese for Lust). He had spent many years training as a Sith and rising as a man of influence with in their ranks before he made his appearance on the galactic stage leading a Sith fleet. It was in one such battle with the Jedi forces that Maya (now a Jedi Master in her own right) discovered that her old friend was still alive.

Kain captured Maya and in an intense encounter aboard his cruiser the pair realized that they still very much were in love with each other. Kain resolved to turn her to the darkside believing that she would give into her emotions if only she could feel the power that he did. Maya on the other hand wants to bring him back to the light. She hopes that her love for him will save his very soul.

The scene we had in mind was a lightsaber duel between the two. We had the idea of the scene being set on a planet they had visited as padawans. There was a valley in which they would watch the twin moons rise and the stars unfold into the night time sky.

Kain is an athletic man. Apperance wise think a black man with Asian facial features and hair. His hair is silk like and comes down past his shoulders. He wields a dual lighstaber and wears a crimson red and black color scheme. Maya is Enchani with long white hair. She dresses more in sky blue and white. She wields two blue lightsabers.

The duel isn't meant to kill. They are just fighting to work out tension about being on opposite sides and not being adult enough to talk about their feelings anymore. So it's more a duel of passion. "

LOVE IT! The total picture is awesome, the pose, the lighting, and colors. It's major kewl. Some of your best work yet.