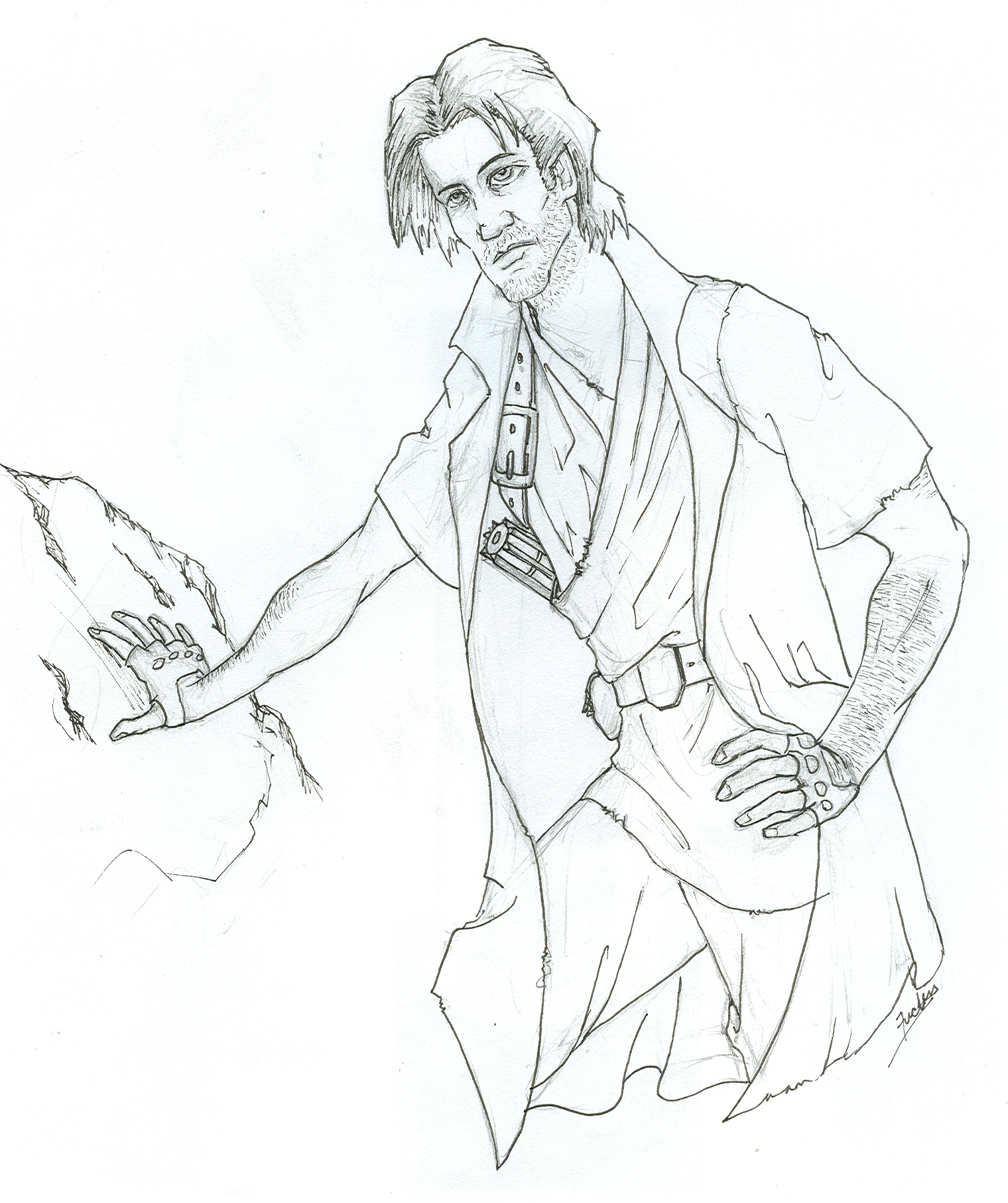 Our adventure is in the Dark Times, very shortly after the formation of the Empire. When Beaja joined our group, he was a bit of an unknown. During the storming of the garrison on Orto, he revealed to us that he was a Jedi. He had lost his master, and is looking to complete his training. However, as with all other remaining Jedi, he is forced to be very discreet in his quest.

He wears his saber in a concealed shoulder holster, and without the resources of the Jedi Temple, has begun to look a bit shabby.

A true representation of a Refugee Jedi from SW: Threats of the Galaxy book if I ever saw one. I like that his lightsaber is hidden inside his coat (or robe).