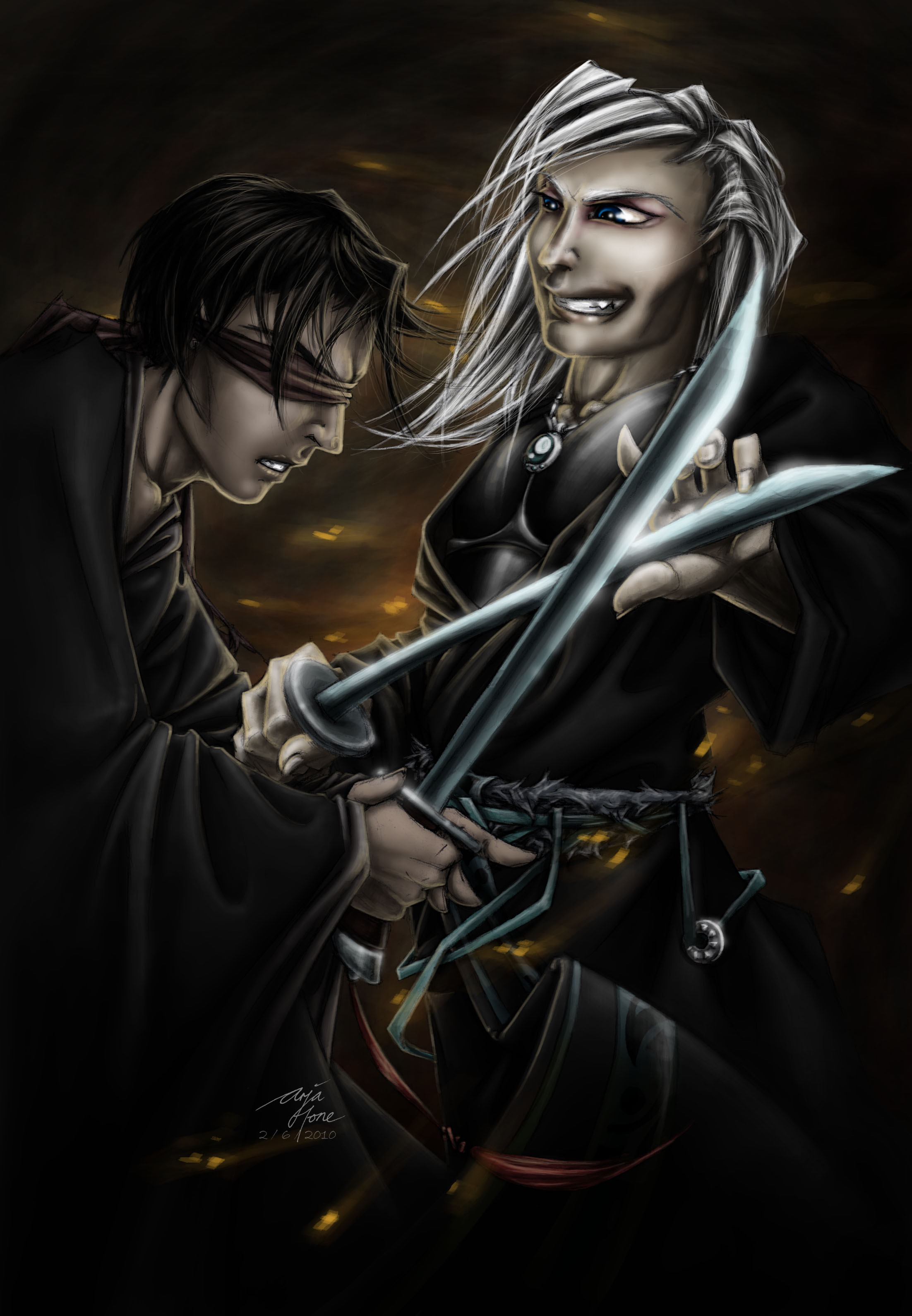 Here is the scene as I laid it out. It was set in Ravishaw’s throne room in his underground base. Throne rooms come fairly standard I think, dais with a throne on it, control panel within reach of the throne and a table near the throne. A door near the back with a shadow lurking there, Vorren the Imperial agent assigned to help Idjit in his investigation is no match for a Sith Lord in close combat and knows it, so he will stay FAR away.

In the background is a crumpled form in black armor, Will faced Ravishaw and got stomped by the Sith Lord. In the foreground are two combatants, both human males, similar in size.

Idjit of the Bladeborn is a human male about forty years old. His hair is actually a dark brown, but he keeps it cut fairly short, so it seems black. His empty eye sockets are almost always covered by a bandage. Since he was a prisoner, he has no gear, no cloak, just his black robes. His weapon, like most of the Bladeborn is a sword.

In most ways Ravishaw is an equal and opposite of Idjit. both are roughly the same age. I never really thought about Ravishaw’s appearance, but I think he would work well as a blonde. His eyes are dark, but the wide smile on his face is what sets him apart. He is almost always laughing maniacally. Think Anakin Skywalker from Episode III with the demeanor of the Joker and you get some idea of what I want with him. He is very powerful with the Force, and since he is insane, he shows no restraint in battle. So, more reckless than Idjit, but at the same time, very skilled as a combatant. He also fights with a sword and it is very similar to Idjit's. We shall find out why in a later fanfic. :D

Story here: And straight on till Darkness...

No seriously, Mercy, good stuff. Like the hazy gold background; has a a "300" feel to it.

He DOES look kind of like ole Seph doesn't he? At least the mental states are similar. Thank goodness Idjit doesn't look like Cloud.