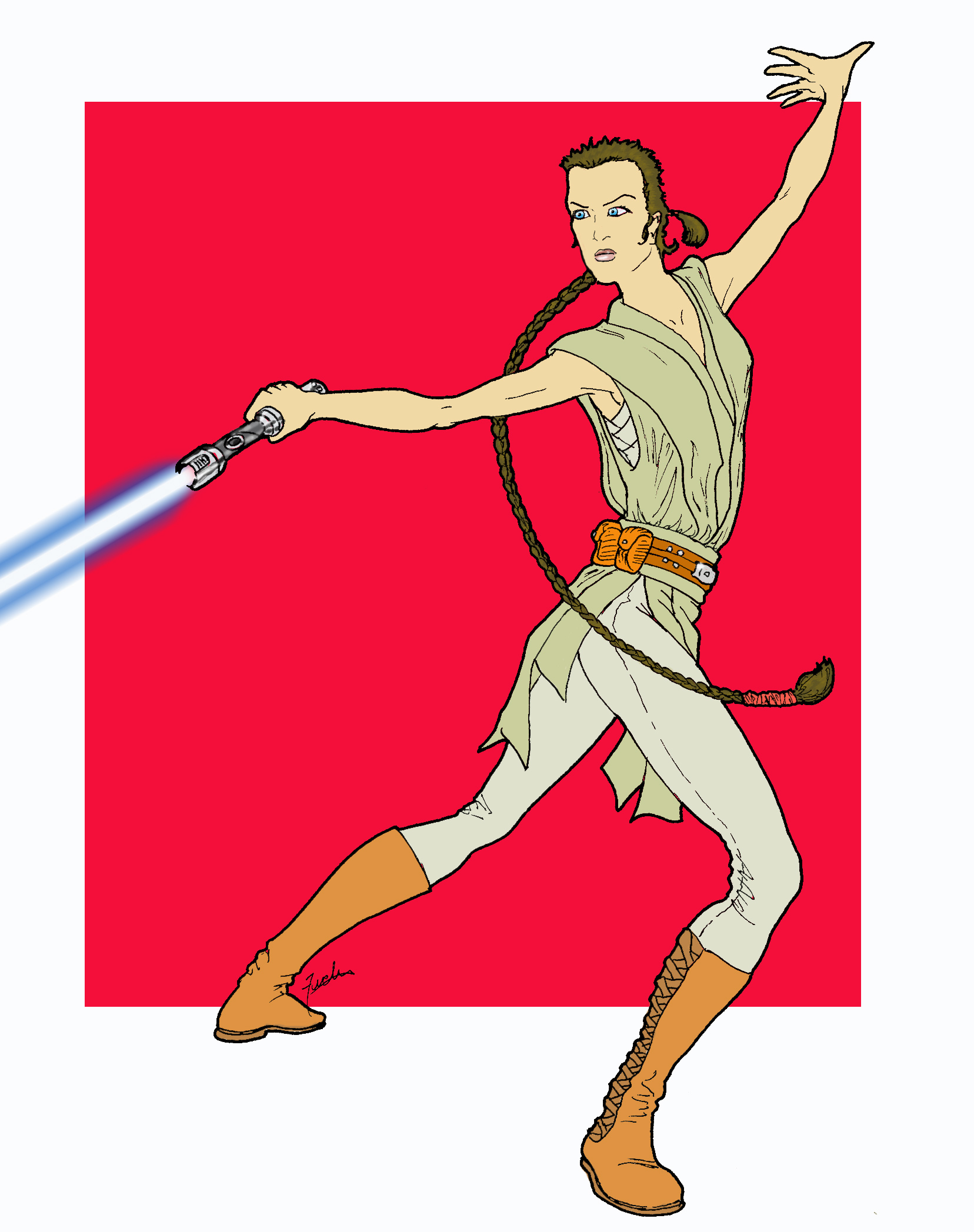 At age 13 Elani Wynflaire was assigned to be the second Padawan of Master Jacoby Bardonna on Alderaan. As a youngling in the Jedi Temple on Coruscant, she had heard about Jordan Farseer, the youth with such a talent for Force visions that some thought he may be a Jedi prophet. When she discovered Bardonna's other Padawan Learner was Farseer, she was simply starstruck. Over the next few years as they trained together, Elani was suprised and disturbed to find that the awe had worn off and had been replaced by infatuation for the older boy. By the time she was 17, thoughts of Farseer occupied much of her attention. She had ample time with Jordan in which to attract his attention and guage his interest. Farseer, however, remained distant, as if focused on a much larger goal of which only he was aware. As a result, Elani found herself often consumed by jealousy, confusion, and desperation. It was at this time that gang activity in Alderaan's capital city increased exponentially. There were many factions involved, but the most prominent of them appeared to be group of teens following teachings of the Dark Side of the Force. Bardonna and his team knew the best way to reduce the gang threat was to eliminate the Dark Side gang, esentially cutting the head off the monster. Bardonna, Farseer and Wynflaire developed a plan in which the youths would infiltrate the gang and try to take it down from the inside. The plan was wildly successful, but in the months it took to execute, Elani Wynflaire's emotional vulnerability allowed her to be irreversibaly scarred by the Dark Side. Elani was the one who finally took down the gang's leader, a brash young man with some Force aptitude named Hale. Before turning him over to the constabulary, she confiscated from him a small triangular Holocron. She kept the artifact and her emotional experiences a secret from Bardonna and Farseer. In fact, she became an expert at masking her emotions, especially from her master. From all outward appearances, she was on her way to being a promising Jedi. When Jordan was Knighted and left on his own missions, she was completely heartbroken but cherished the absence of the distraction he had always created. For three more years she continued her traininig under Bardonna, always portraying a calm centered spirit. The time came when Elani, too, was to be elevated to Jedi Knight. Jordan Farseer retured to Alderaan for the ceremony opening all of the floodgates she had so carefully maintained. She professed her love for him and begged for his in return. When he would not reciprocate, she suffered an emotional and mental breakdown and ran away from Farseer, Bardonna, and her future as a Jedi. She took little with her aside from her lightsaber and the confiscated Holocron. It was that Holocron, however, that shaped the rest fo her life. It was, in fact, not only a repository for dark Side knowledge, but also a secure comlink to the sole remaining Dark Lord of the Sith, Darth Omen. For nearly two years, Wynflaire studied the Holocron's teachings, with rare comlink communications from Darth Omen, before he deemed her worthy of the Sith mantle and made her his apprentice. They both knew that her former master was occasionally checking on her well being, which could ultimately unravel all of Omen's plans. He arranged for Elani to disappear completely from the galaxy. For the next decade she underwent intense training, using both her Force skills and her emotional scarrs to forge her into a precise instrument of Darth Omen's will. Darth Omen, recognizing her contempt for Farseer and the Jedi, bestowed upon her the name Darth Temptuous. Historical Note: Because Elani Wynflaire had passed the trials at the time of her leaving the Jedi Order, and because of Master Bardonna's suspicions that she turned to the Dark Side, Elani Wynflaire is considered one of the Lost Twenty.

I glad to see that you finished this one. I have followed some of your WIP pics and been looking forward to you completing this piece.

Thanks! I'm glad to be getting some of them to this stage. Keeping the coloring simple has helped, but I like the results.