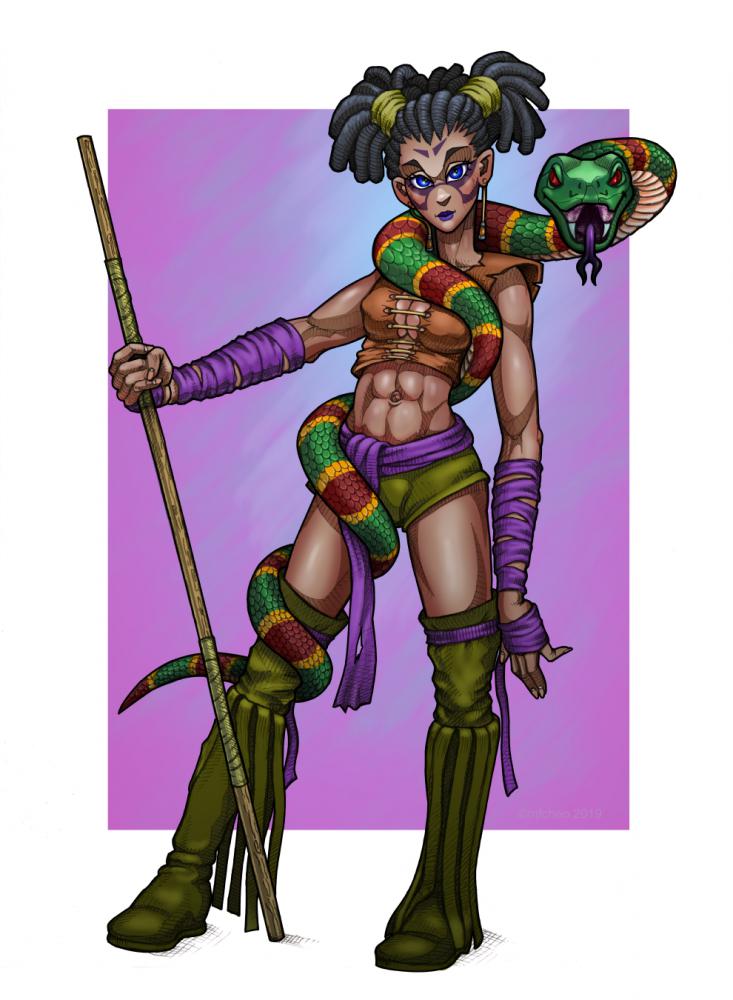 My character rendering for angelicdoctorgames who requested a Young Dathomirian witch crossed with "Harley Quinn" (from Batman) and a Kodashi Viper. The requestors icon being a Cadeuce design, I assumed a similar theme with the character and followed suit. No story. I have no idea what the character is like but instead of the pallid, vile looking characters generally depicted, I saw the one in wookiepedia and since they are Force sensitive and there was no alliance indicated, I made her a strong Dathomirian Shaman. Though associated as part of the race of Darth Maul who was part Sabrak and Dathomirian, and depicted primarily looking sinister they have several sects/tribes/clans but the major rule amongst all is "Never concedede to Evil".

Ooh! The detail you've got going on on this one is amazing!

Thanks! The most tedious work is the unseen. The clean up of the noise, errant lines and minute corrections!

That snake is gorgeous! I love the detail!