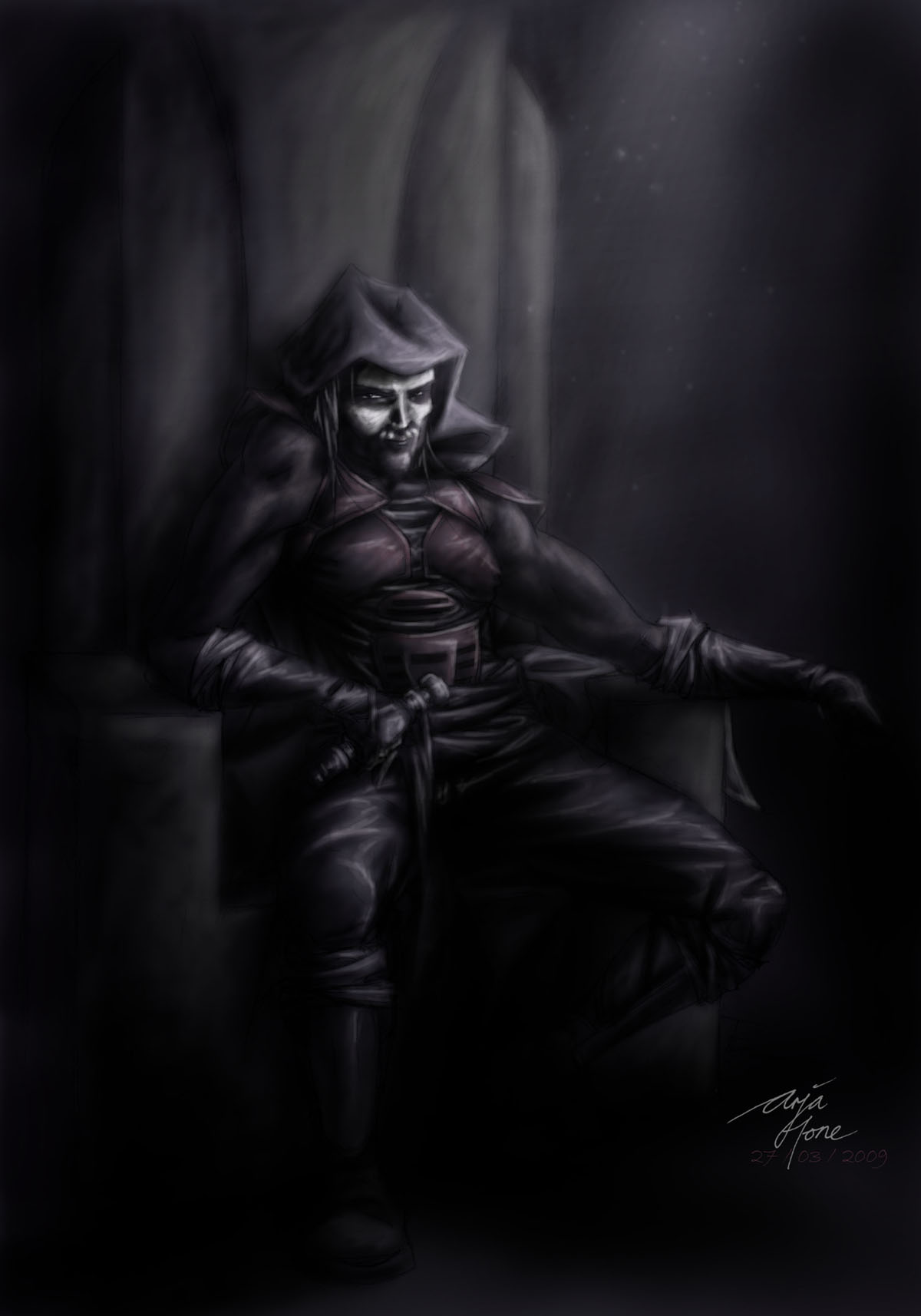 "Hello All, New around here. Thought I'd post up a request for a Sith Character I have in mind. His name is Darth Mainyu. He lives within the Old Republic era, Around the time of the new MMO that is in development. Being a Sith Lord, He is evil that much is clear. But He's also an outcast, Having spoken out against the Empire making a deal with the Republic, instead of vanquishing them once and for all. For his opinion, He was exiled to the world of Lehon (Called the Unknown world in KOTOR, He currently lives in the old Rakatan Temple). Because all of this, He has grown more Bitter, and Hostile. Albeit with a undercurrent of loneliness.

He wears a robe simmilar in style to Darth Nihilus, Meaning it goes all the way up over his head and squares off at the top. Other than that, His face is painted to resemble a Skull, something to inspire fear to those who look upon him. To put it another way, He looks like a cross between Darth Nihilus and Mayuri Kurotsuchi from Bleach (Except the colors on his Face are inverted)"

I love the mood this picture exudes... great job!

He seems to be in the mood that if you bother him one more time, he will snap your neck like a twig with the Force. Definitely exudes "EVIL" in this pic. Nice work.