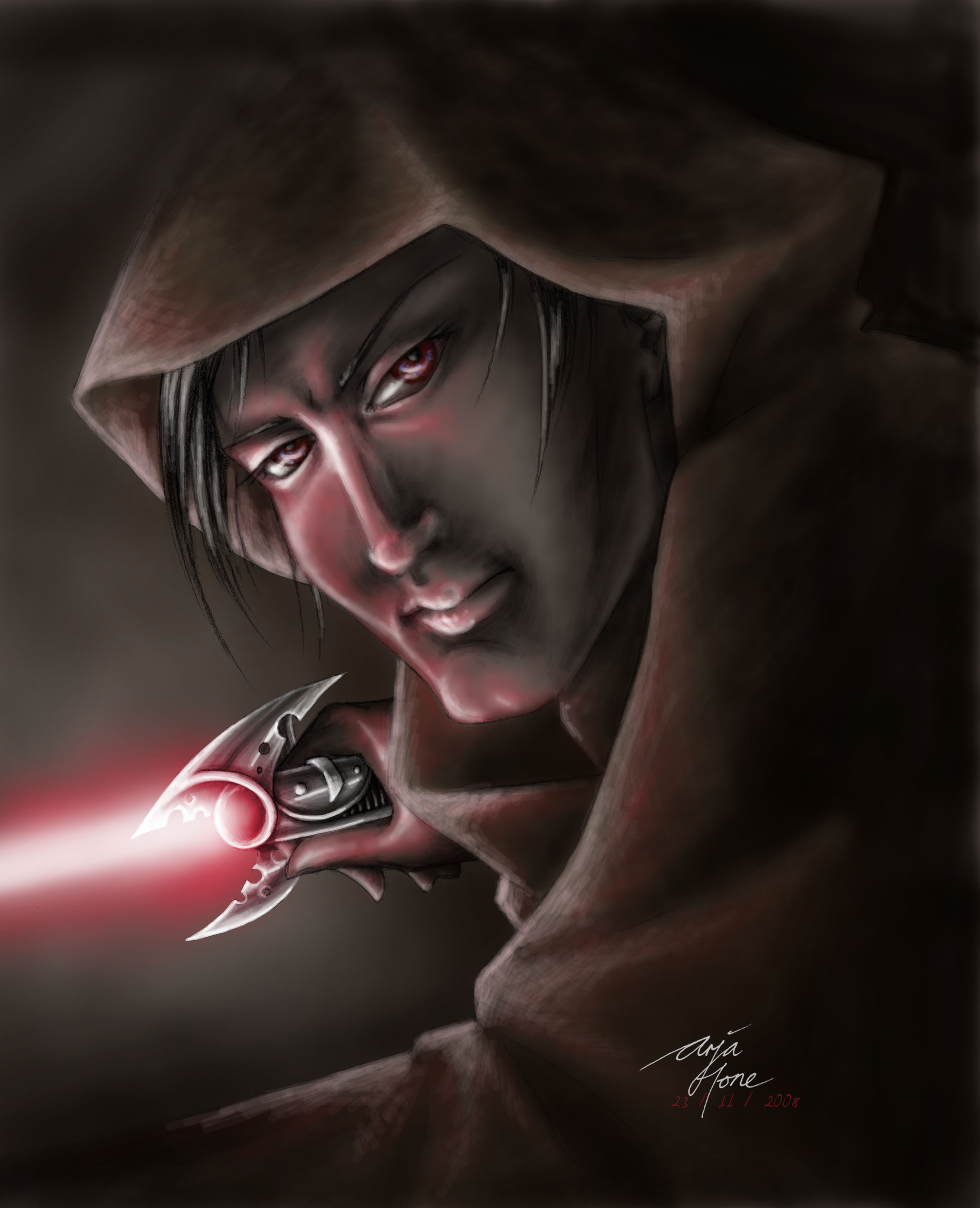 "I am currently playing a human Force user (Somewhat of a Jedi, but he follows his own code of ethics. Believing that both the sith and the jedi are weak because of their utter refusal to search to the opposite side of the force the use for answers) and I would really appreciate any help I could get with a character sketch/drawing.

Red iris, flecks of electric blue in the rest of his eyes, except for the pupil
About shoulder length black hair
Somewhat pale skin, but not pale to the point of the sith
Somewhere between 6'1-6'5
Lean muscle structure
A black cloak, but having it be tight enough to show his muscles. Preferably with his hood up
2 Lightsabers

I would like to add, one of the lightsabers MUST be crimson for the character. It has already passed in the game and I cannot change that, but feel free to have the other one be whatever color you want.
Also, neither of his handle's are standard looking, so have fun. I personally think of them modeled somewhat after Dooku's lightsabers, having hooks on the end and whatnot. Go crazy"

I haven't done much with setting or stance or even the rest of his body simply because I think the most interesting part of the request is the colour of his iris, and I didn't want this detail to get lost in the picture.

In the end I never heard back from the requester. Ah well, I guess he needed it back in September... So here it is in the gallery. Enjoy!
~ Mercy

I have learned much in the ways the brush and the pixel, though I still have far to go...

I like the brown cload better, least theres some contrast to the black hair. The brown also picks up a bit more of the face's skintone. It really works well. Thats a wicked cool lightsaber hilt design. The lighting is well done IMHO.