"A Wookiee with a helmet? Laughable" 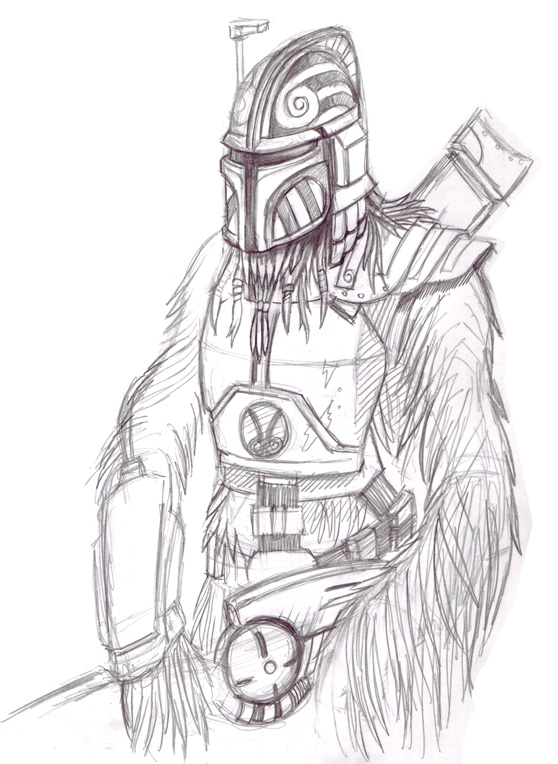 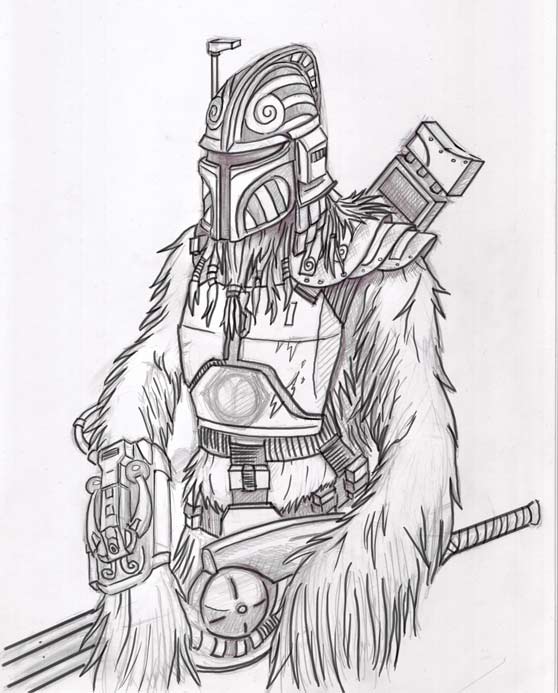 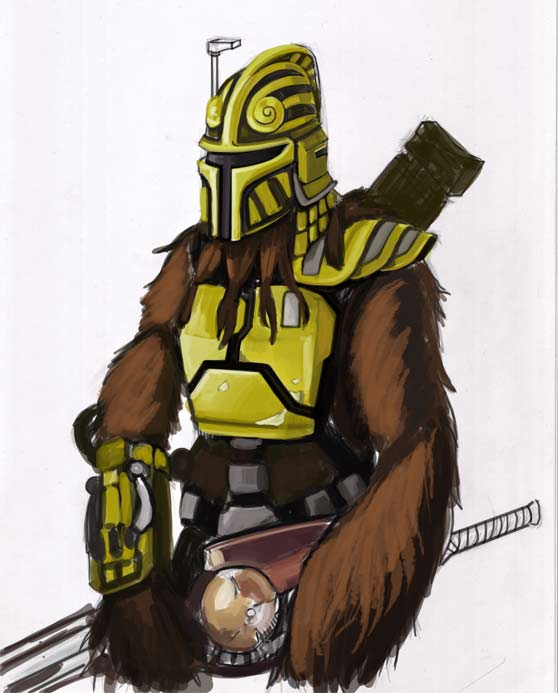 I just had to prove that a Wookiee could look good wearing a Mandolorian helmet (See here). I mean, what doesn't look good in a Mando helmet?*

I took some cues from the armour worn by the Wookiees in Episode III and mixed them up with the traditional Boba-Look. At the moment this is only a sketch, but I'm kinda pleased with the result, maybe I'll run with it and develop it further.

Just to be clear though, this is not intended to fulfil Topgun220's request. Some of the details don't tally with his description (the helmet for a start). Consider this a "Nyah nyah! Told ya it could be done!" post, ;) but if he likes it, he's welcome to use it. :)

*I did once try drawing a Jawa with a Mando-helmet. That didn't look good. :(

Update 10th June 2008 - So, originally I was just trying to prove a point and show that a Wookiee could look good in the T-visor helm. Like a big meanie, I was going to leave it there, but it was calling out to be coloured. I resisted for a long time because my initial colour attempts were sloppy at best, painting Wookiee fur ain't easy. After a few months of not thinking about it I came across it again and just started painting, I worked over my lines (which I usually try to retain and work beneath) and blocked in the colours. I was originally resistant to TopGun's request for yellow armour, but as the picture came together it just seemed to work and was actually more striking than any other colour combination I tried.

Here you can see the "inked" pencil drawing and my first stage of colours. The piece is now finsihed, so hopefully you'll see it on the front page soon!

Ooh, I really like the maori-style helmet designs and the dreadlocks. Very cool!

Yeah, I think it looks pretty kick-ass, too. :D

Thank you very much Mr. Stu!

That looks amazing! I love it! Mandalorian Wookiee... who'da thunk?

Yeah he does have a look of a Predator about him don't he? :)

I stand corrected, he certainly does look very cool. Unique yet still Mandalorian, I have no problem with you adjusting my request and drawing it if you wish to continue.