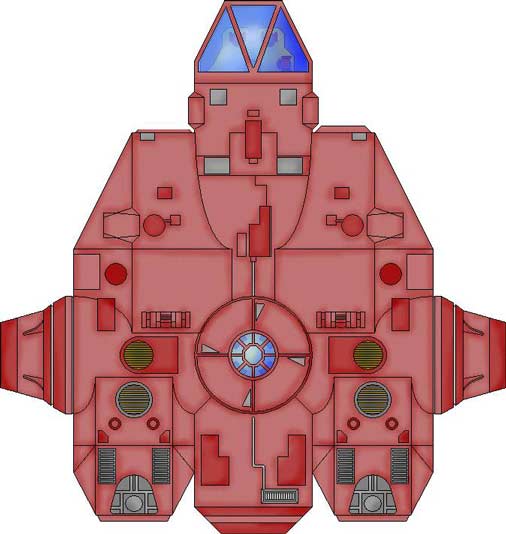 Derived from the truly inspirational Chris Conkle's Melanion Ship Yards VT-999 Luxury Yacht at the award winning Lost Sagas this ship went through a series of tweaks which ended up with a modular starship.
Now, I'm not one for modularity. It was the in thing for a while, but now I feel it's widely overused. There are far too many modular ships out there as it is. Modularity is not always good people! In my own game, the 999s are subject to the following:
Any heavy damage will severe one of the modular joints. (OK if it's a small room, really bad if it's the airlock)
Any modification involving the hull will have to endure two levels of extra difficulty.
Any modification involving the engines, repulsors, or manouvering systems will incur a -3D to any piloting rolls until the ships systems can be properly tuned to account for the asymmetry of the ship. This can be done by Melanion for tons and tons of cash, or a Very Difficult Starship repair roll. (Two days work) Failure in that will incur an additional -1D cumulatively.
Finally, any physical knocks bangs or scrape the ship happens into will tend to knock out basic systems in the modules. So, for example, when Hanz McMcHermit knocks down the comms relay tower on docking bay 17 during a signature take off, that may disconnect the artificial gravity in his portside cargo module.

Shown here is a VT-999 in cargo transport configuration.