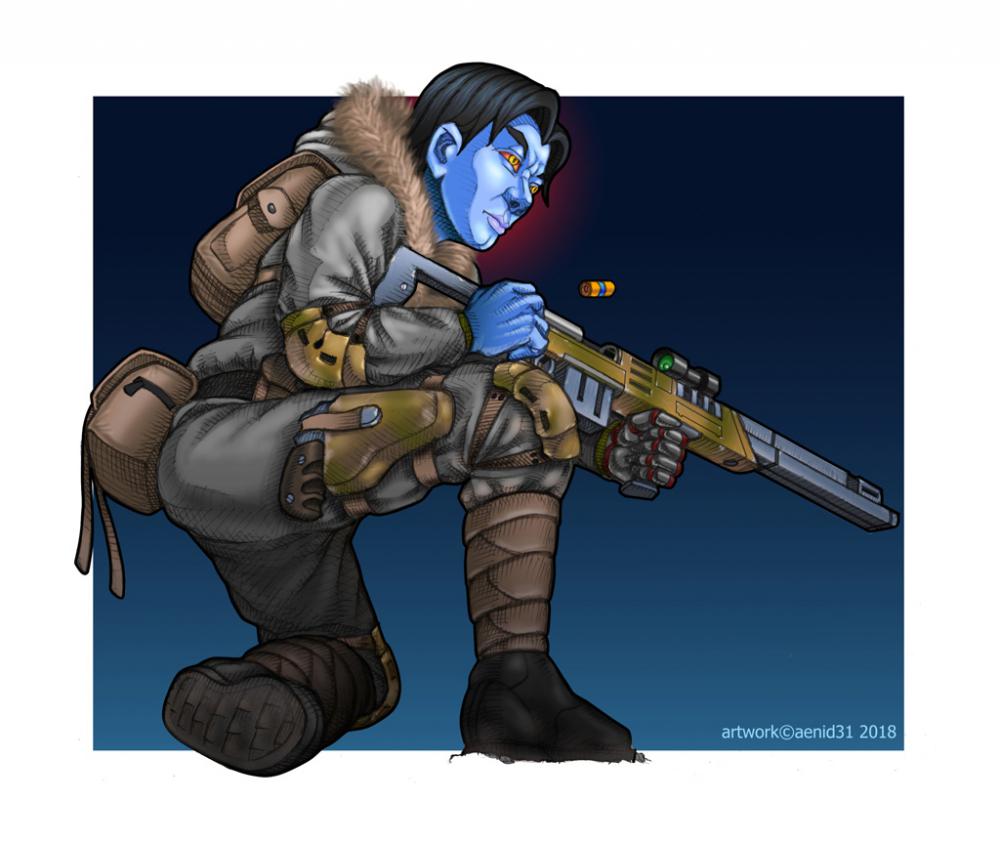 A request from Beekhead a while back for Admiral Thrawn's 'kin' gone rogue.
The full description and persona profile I lost in an upgrade but I still had my first and second attempt which I was not satisfied with. What I remember was a long barreled sniper weapon (slug thrower?), overgrown military haircut, An android prosthetic left arm, a boot knife, wearing an animal skin or hide of some sort and something still worn showing a past with the Imperial Navy. I was grappling with his persona and whom he would have allegiance with so I imagined him as a mercenery assassin

So here is 'Thrawn's Kin' slightly gloating over the results of his handy work.

Yes, that's a Tusken long rifle. There is a method to his madness...

I redid this piece (third times a charm?) because something bothered me about it. I initially got the impression of the character being a woodsmen living off the grid. But even backwoodsmen are infused with tech in this unverse so I revised the whole look. I did a little more research on the Chiss and they wear either black or white uniforms. Very interesting on the less than ideal alliance with the Empire. So, going rogue changed his uniform from Imperial officer green to the chiss black and made the animal skin a fur around his collar. His new rifle is not lore and is my imagination.Gave him a sidearm (not lore)  instead of a boot knife.