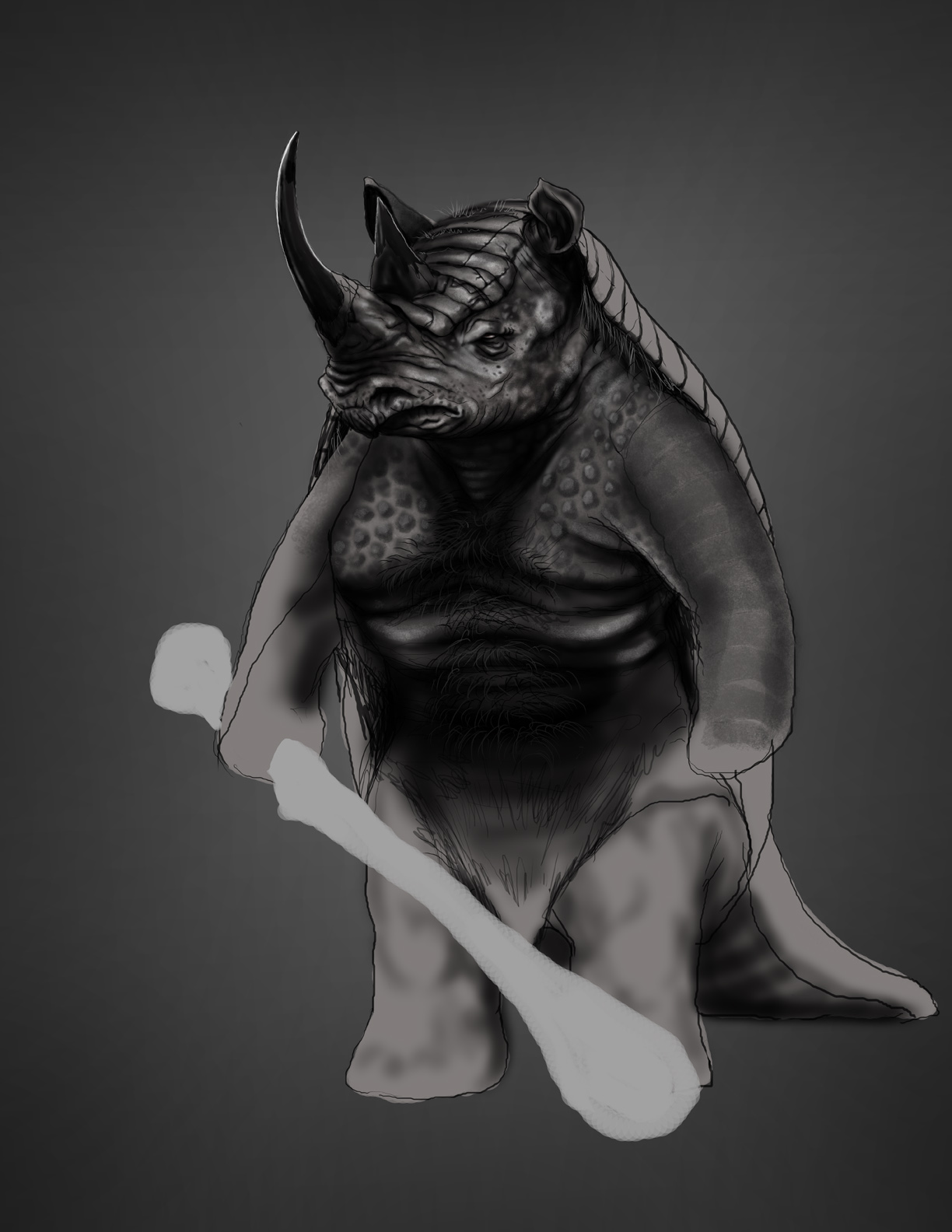 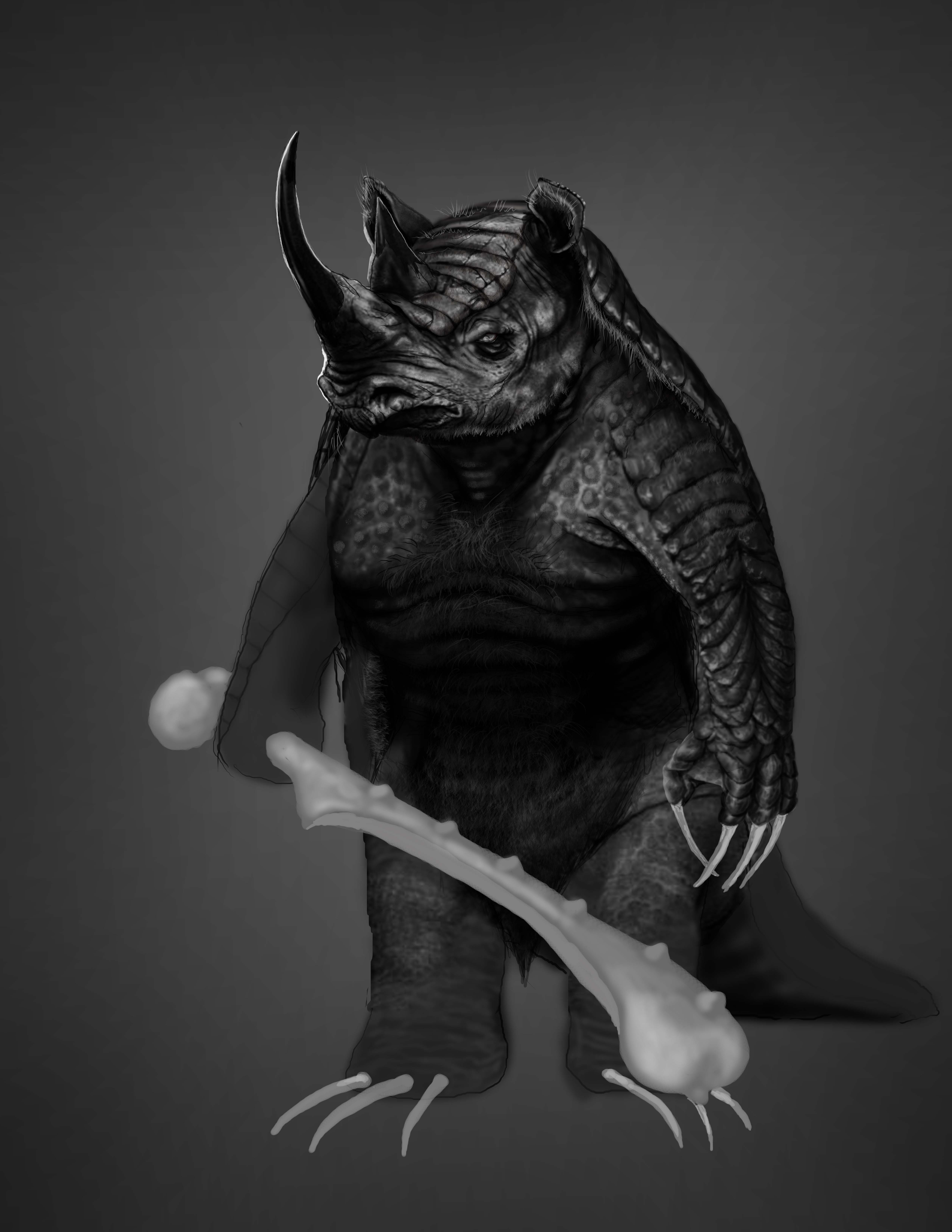 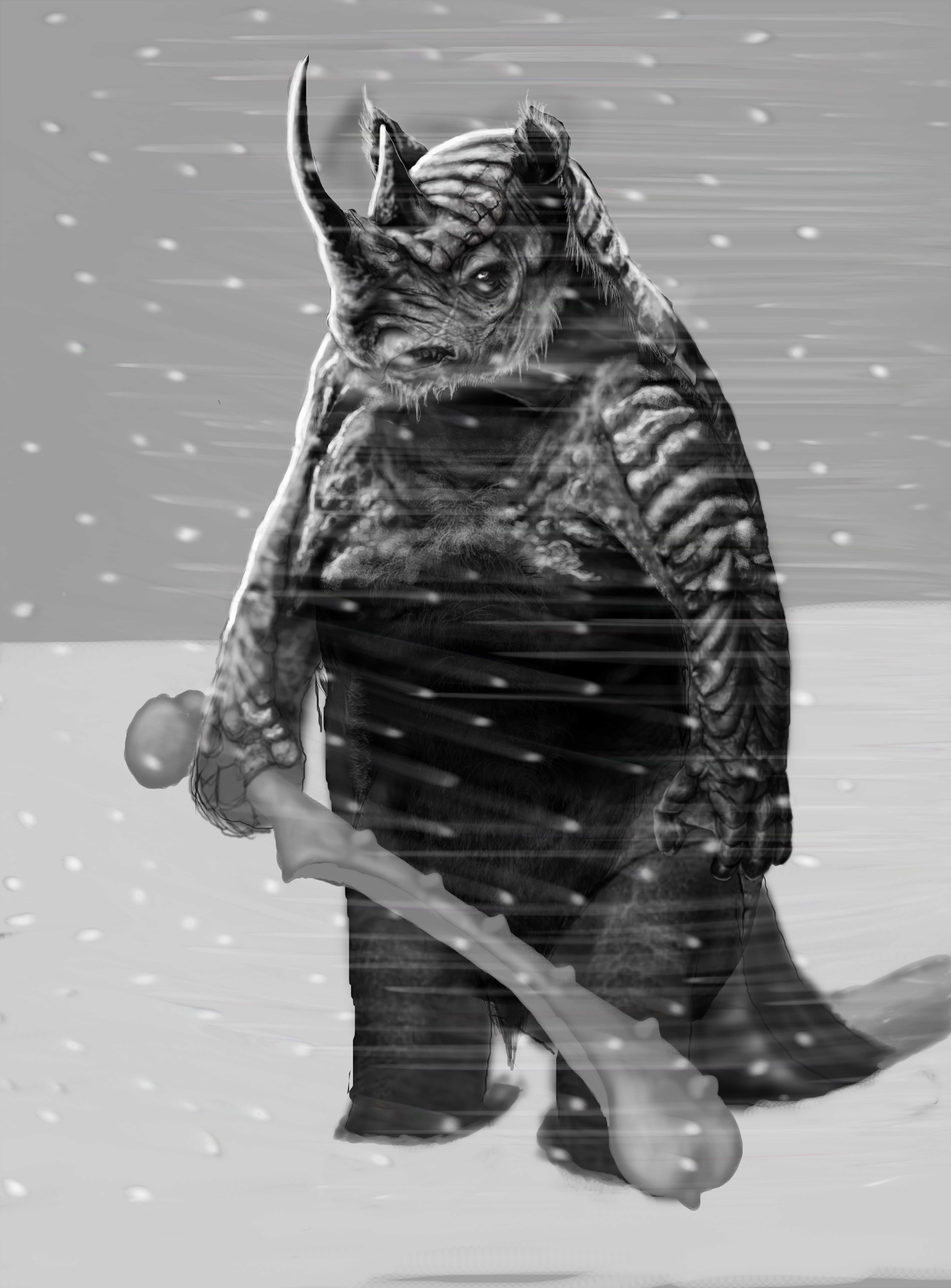 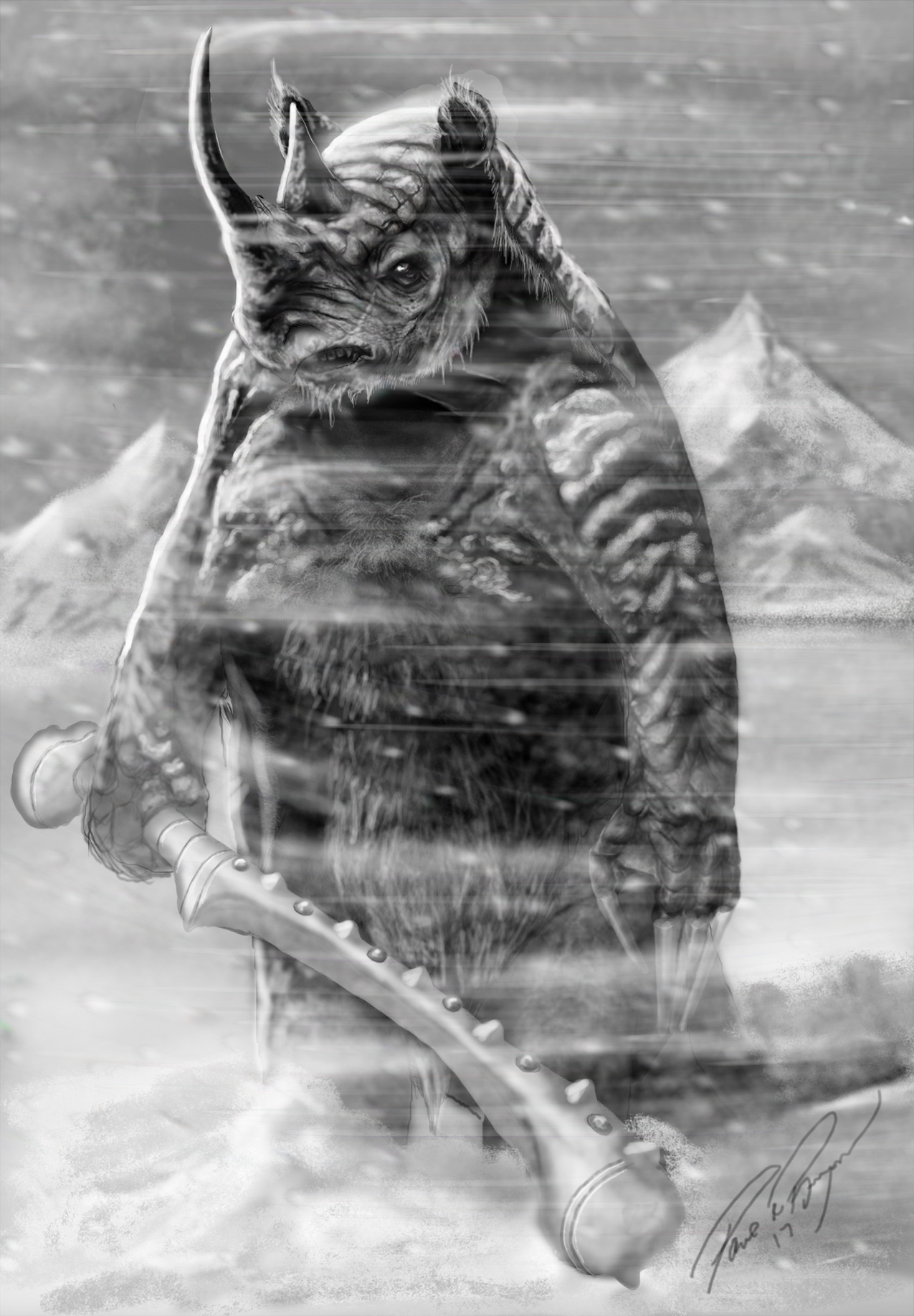 Vachat One of Many towers over most other sapients at 2.5 meters when standing at full height, high-average for the species, although individuals tend to slouch on account of their rounded dermal shell. The species can walk on all fours, in which case they closely resemble armadillos, with a segmented hide shell that protects all but their furred underbelly, although walking on two legs is the norm. The head of the species, however, is more akin to a black rhinoceros, with angular, aggressive lines, a beak-like mouth, and two horns on the nose. The hands and feet of the species bear long claws like those of the pangolin. Despite this, their manual dexterity is consummate with other bipedal species. The species is not considered lithe; adults weighing less than 130kg are rare. Like other creatures bearing conveniently placed fur, clothing is optional and generally eschewed.

Vachat One of Many is virtually indistinguishable from other members of his species physically, and in fact historical accounts of his appearance vary widely. His weapon could most accurately be described as a sword, although it is designed as much for crushing as slicing, and is anything but aesthetically pleasant. Made from what could have been a leg bone of some long-extinct megafauna, from pommel to tip it measures just under 2 meters, and curves slightly inwards along the cuttting edge. Although its alchemical alteration leaves it with a glassy sheen, and various gemstones and runes adorn its length, its appearance betrays its organic origins. A jagged mound runs along the length of the weapon to serve as a blunt blade, and knobby sidelong protrusions tip the balance toward the business end, facilitating crushing hammer-like blows. I imagine its silhouette bearing a passing reseblance to an old phone receiver, although I don't know if that translates well to anyone else's imagination.

Any changes? need to eat and watch face off with the Mrs. And smoke... need to smoke. And...Is the Black white thing an issue? He can be colorized.

And Now to go watch a movie. will wait here on it for needed changes or additions.

AHHH YESSSS. I still kept eyeing off this request but I am SO HAPPY seeing you work on it!

Nothing stops you from doing your own version :)