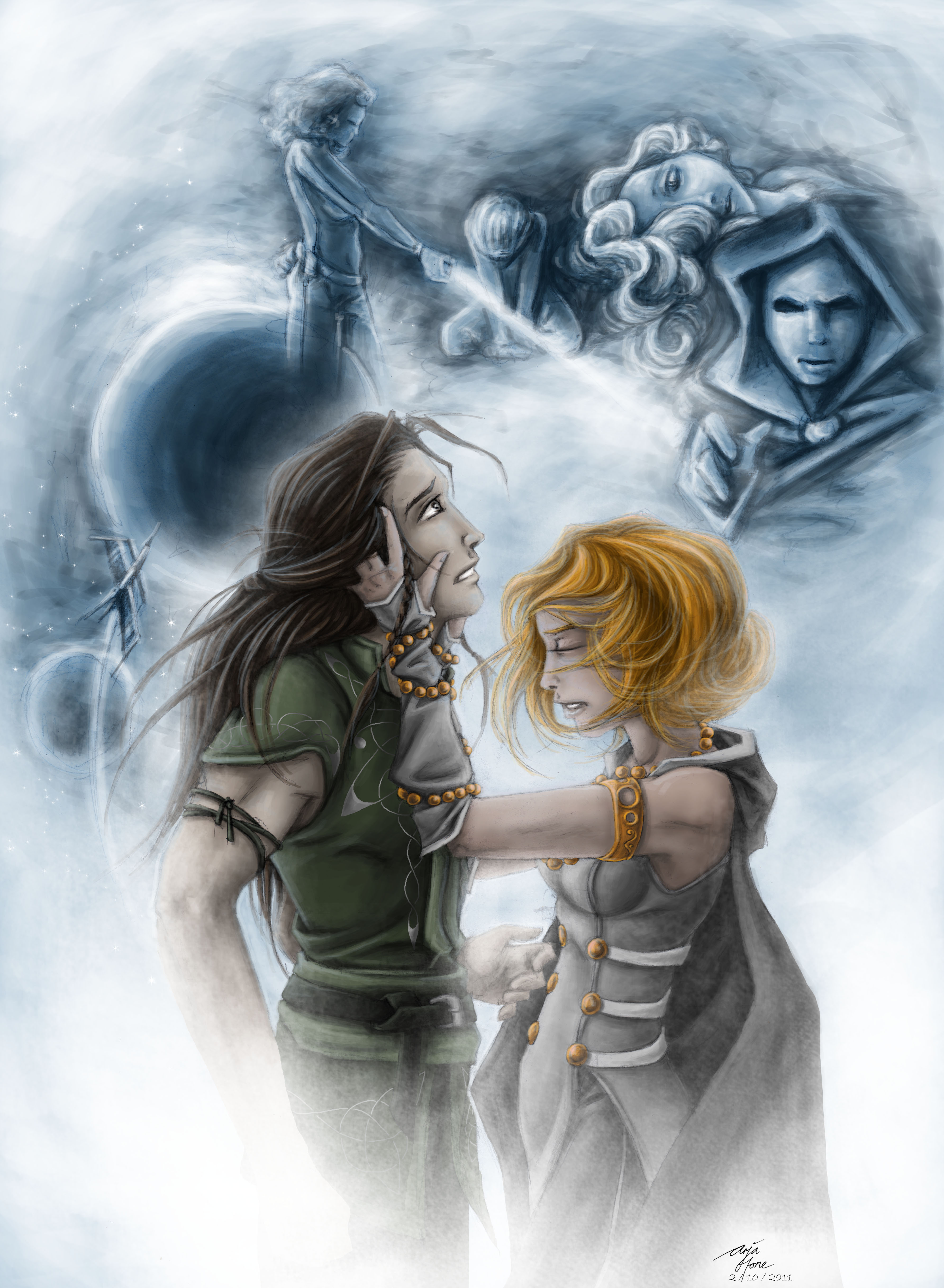 Setie bit her lip, an idea in her head as the saber that had been floating clattered to the ground. She could show Bryen, show him what she saw all the time. Let him see her as she was in the Force. It would drain her like when she lashed out on the roof and anywhere else but she could do it. There was no masks, no hiding with how she saw things. It did however require things from her. Bryen would be able to poke around in her head as much as she could poke around in his doing it. It was a small price to her though to make sure he kept his freedom and his life. It seemed a small price for things really.

Her hands were shaking as she moved them, holding his face still as that all to familiar flaring blue light erupted around her hands. She had no idea what it would feel like for him. She hoped it did not hurt as she pushed at the currents she could around them. The Force seemed to acquiesce to her wish. The tricky part was pushing and pulling at the lines within Bryen, having just a little more of life flowing through him than was usual. He was not resisting from what Setie could tell, she must have surprised him.

She knew she succeeded when she heard the gasp, she would see how wide his eyes where. It like a dog seeing color for the first time she supposed. People knew it was there, they knew various degrees of light and darkness, like a gray scale picture. Now she was making Bryen see the colors, hear the songs, actually feel the currents that flowed. It was heady thing, a beautiful thing, and a frightening thing full of terror enough to drive even the strongest will mad. A mother, a father, a judge, a criminal, a savior, a monster, a saint...

So very many different things that seemed tangled in chaos, but there was an order and a flow to it all if you stared long enough. With where she was, she could see Bryen just as he would be able to see her. She could see what made him, the memories like a skin covering him. She could touch one and see the whole of it if she wanted. Just as he would be able to with her. The lines that bound him to life shining blue with just enough red to tell her he was not a saint. She would have worried if he was for pride and sainthood had a habit of breeding arrogance, which bred the dark side faster than one thought.

He was just...beautiful like this. The word did not cover things correctly but it was the best she could come up with.

She closed her eyes to maintain her concentration and to resist the urge to poke at him, to see things he might not want her to see and know. She would let him poke, prod, and see anything he wanted. Then he would understand surely. He’d leave and be safe and she would go her own way.

Bryen was caught off guard by what the blue light from Setie’s hands had shown him. He wanted to flinch when her fingers touched his face, but he had to trust the Force, and in that he had to trust her. His sense of other’s motives was not refined by any means but as far as he could tell, Setie thought what she was doing was important and that she didn’t intend to hurt him.

It took a moment for Bryen to realize what the Force was showing him illuminating Setie in red and with some spots of blue light. Bryen sighed, he didn’t care what the Force was showing him he knew Setie could shine brightly with the blue light that represented represented the light side, the good. Bryen paused before looking any further. He was actually questioning the Force for the first time in his life. Sure he questioned the Jedi Code all the time, though less it seemed as he grew older, but never the Force itself.

Was Setie right? Was she using her abilities to affect him to make him choose her over even the Force? No, that wasn’t possible, the Force was showing him Setie as she was now, not as she could be. He sensed the shine of her heart and knew that though she had been given dark powers she was much more than that.

Bryen looked harder and visions started to flow to him. He struggled for a moment to with what the Force was showing him. Past, future or present. He decided quickly it was the past, and not his, but Setie’s. He saw that she was well traveled visiting planets he had only seen in study on the Holonet. Bryen thought he managed to recognize Korriban, Coruscant, and Dantooine for sure, the rest he wasn’t quite as confident about. He witnessed a young Setie sparing afellow student from death in a duel, this caused a smile to form on Bryen’s face realizing his feelings towards Setie were being shown true. He saw the death of Setie’s mother that resulted from the incident. Bryen cringed in sorrow and as he saw Setie crying before a masked man, he knew what was coming next and couldn’t bring himself to watch any longer.

Excellent....Most excellent. Really like the vision mist behind the characters.

great emotion. love your work with designs on clothing

I loooove this picture. Beautiful scene, wonderful emotion, aaah I love it!

Glad you like, guys! I'm quite pleased with it!