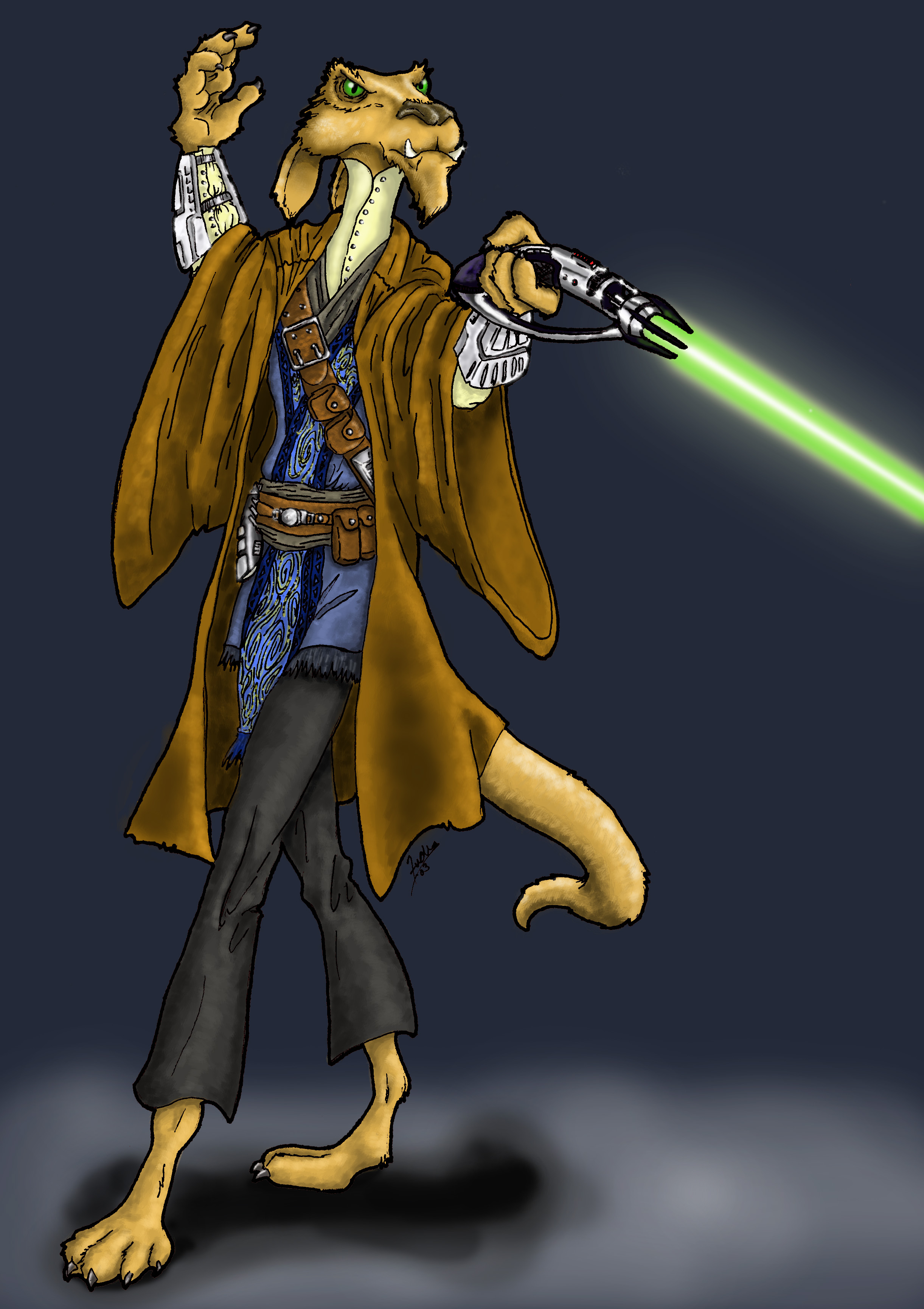 In the years leading up to the Clone Wars, Darth Sidious did his best to eliminate the Jedi one at a time, reducing the numbers he would eventualy have to deal with. Such was the fate of Jedi Master Trouper Siralos. The Baundili Master Siralos was highly respected among other Jedi. It was becasue of this that he was asked to train the young, but very gifted Chiss orphan named Tranoj. In the two years they were together, they formed a very close bond as would a father and son. When Palpatine's pet project, Outbound Flight, went missing (due to Palpatine's interference), he requested that the Jedi dispatch a contingent to investigate. They sent Trouper Siralos and young Tranoj. Upon reaching the Unknown Regions, Siralos and Tranoj fell under attack from a crippled Republic vessel (a part of the same taskforce who's mission it had been to see to Outbound Flight's destruction). The Jedi's ship was severly damaged in the brief encounter. They were forced to stage their own destruction in an asteroid field, and then crash landed on an unknown planet. Though he managed to bring them safely to the ground, Master Siralos succumed to injuries suffered during the fight and died, leaving young Tranoj, having not completed his Jedi training, to fend for himslef.

This is very cool. I love the pose.

Thanks! He's my version of what would happen if a terrier and a kangaroo mated. :)

It is elegant.... Definitely a Form II master from that stance and curved lightsaber.