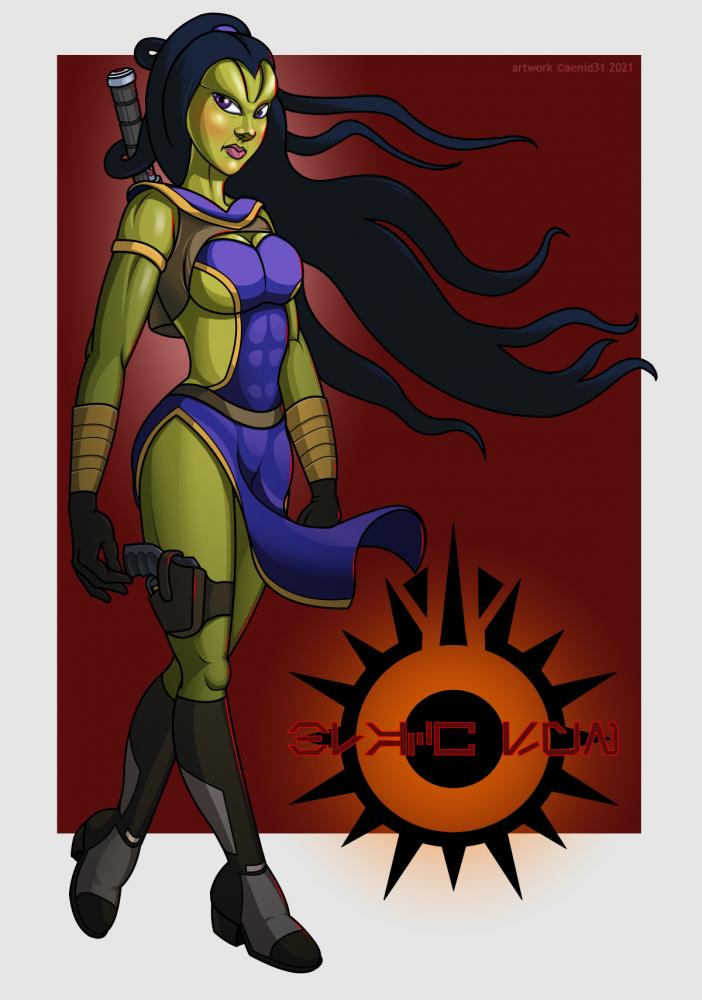 Another redux of my own work done a long time ago (in 2004) .
Am not sure if the Black Sun organization symbol was something that was requested or I just put it in. Well, with the advent of wiki-wookiepedia and episodes of 'Clone Wars' showing only Falleen species in the Black Sun Crime Syndicate, I decided to create a Falleen female in place of Princess Tabitha's mixed Dathmorian witch/Corellian bounty hunter (which I still like) and replaced my take on the Black Sun symbol to the now canon/lore with emblazoned name in 'common'. Not sure if there was a design proper in 2004 but anyways, kudos and honor that it was redesigned with some of my original intention.

An excellent job on this picture.  Keep up the great work.