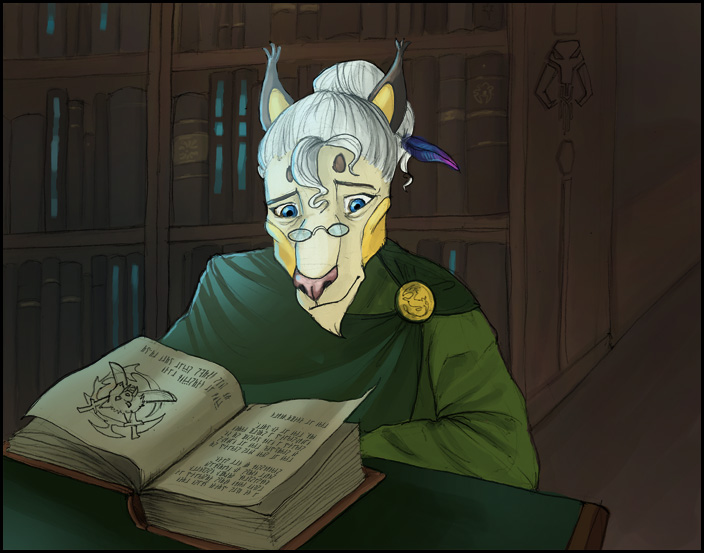 Not quite two days have passed since the Omegas returned from Asation. Celebrations have already started… you can hardly blame them all, after what the galaxy has been through, but the formal commencement is waiting for the heroes to be done and rested. That said, much of the squad arrived on Mandalore with energy to spare, a result of the stims Captain Lokhin had concocted to see the squad through, and both he and the Brigadier set that energy to use tending to countless wounded. Between his surgical expertise and her rather remarkable ability, they must have brought dozens of near fatalities back from the brink… I would think they might have kept going until they collapsed, had the Captain not recognised the physical toll being taken on the Brigadier at her efforts, and escorted her to their quarters. They have yet to come out, and to this point I believe only Mandalore herself, and the Ori’Ramikad warrior Vorn have been to see them since. All are agreed to give them the time they need.

Still! How greatly I digress! I am far too old to have taken an active part in recent events, however Solus has allowed me access to numerous archives to keep me busy. Mandalorians are not entirely well known for their bookkeeping, to be sure (though I must point out what a joy it was to discover actual books amongst their archives! Ancient things, paper and clothboard, not just reams of bound flimsi!) - however there have certainly been many a clan leader in the past that has taken pleasure in annotating worthy exploits of their people. The culture has been around long enough for there to persist some fascinating collections, even if their size is quite modest.

It didn’t take long for a clan logo featuring a Concordian saberwolf to catch my eye- I have been told that the Brigadier had spent some time resembling such an animal during their later battles, so naturally the image piqued my interest. What came as more of a surprise was to discover that a Shistavanen had in fact been a part of this clan during the Old Republic era, an individual named as ‘Jakalyn’, no less. Call me an old romantic, but I can’t help but find this significant.

The Force is life; we know this, we of the Knights Antillus, we know it as truth. And just as natural life is full of cycles, so too is life driven by the Force. We have seen a repeat, a resurgence of many events of the Old Republic in our generation. The Jedi Purge, the cycle of the Exile, the return of the Sith Triumvirate… names, identities, species… we have had Massassi and Kissai walk amongst us, despite being considered extinct for millenia. Whispers of Rakata and Gree, a near devastating resurgence of the rakghoul virus- and, dare I point out, the involvement of our good Captain, and the parallels he has shared with the individual from whom he borrowed his assumed name (with the modern spelling, of course). And I believe the same is the case for his wife. I am not trying to suggest they are in any way the same beings, souls reincarnated, or anything of that sort… rather, new lives that have, to some extent, travelled along old paths. Cycles.

I do believe it is entirely possible, with the strange and experimental manner in which the Brigadier and her squad came to be, that when Palpatine’s Sphere began putting her together, when the Force was feeding itself through her, breathing life into her, when her abilities and instincts were being solidified, and all that was left was to give her some manner of identity, something to hold onto and know herself by… I believe the Force saw the perfect candidate in this four thousand year old Shistavanen Mandalorian, a scout and a sniper, who lived in the same era as so many of the events cycling through in our present. I believe this identity was borrowed by the Force to give an early sense of self to the individual who would become our Brigadier General, Jak Lokhin; Mandalorian first, Shistavanen second, and all species after that.

Excellent details in the bookcase, the medallion, and the book.  It is just a all around good pic.

That description was oddly beautiful....

The book is what cuaght my eye first.  Excellent.  Does it really say something in Mando'a?

The story was very well written.  I love it when an image and a brief excerpt leave you wishing you had the rest of the book.

Haha! No, not really-- it's just me gibbering about characters in english, done in the Mando'a font. Part of me wanted to compose something properly in Mando'a, but most of me couldn't be bothered. XD

(And thank you, and everyone, for your lovely comments!)