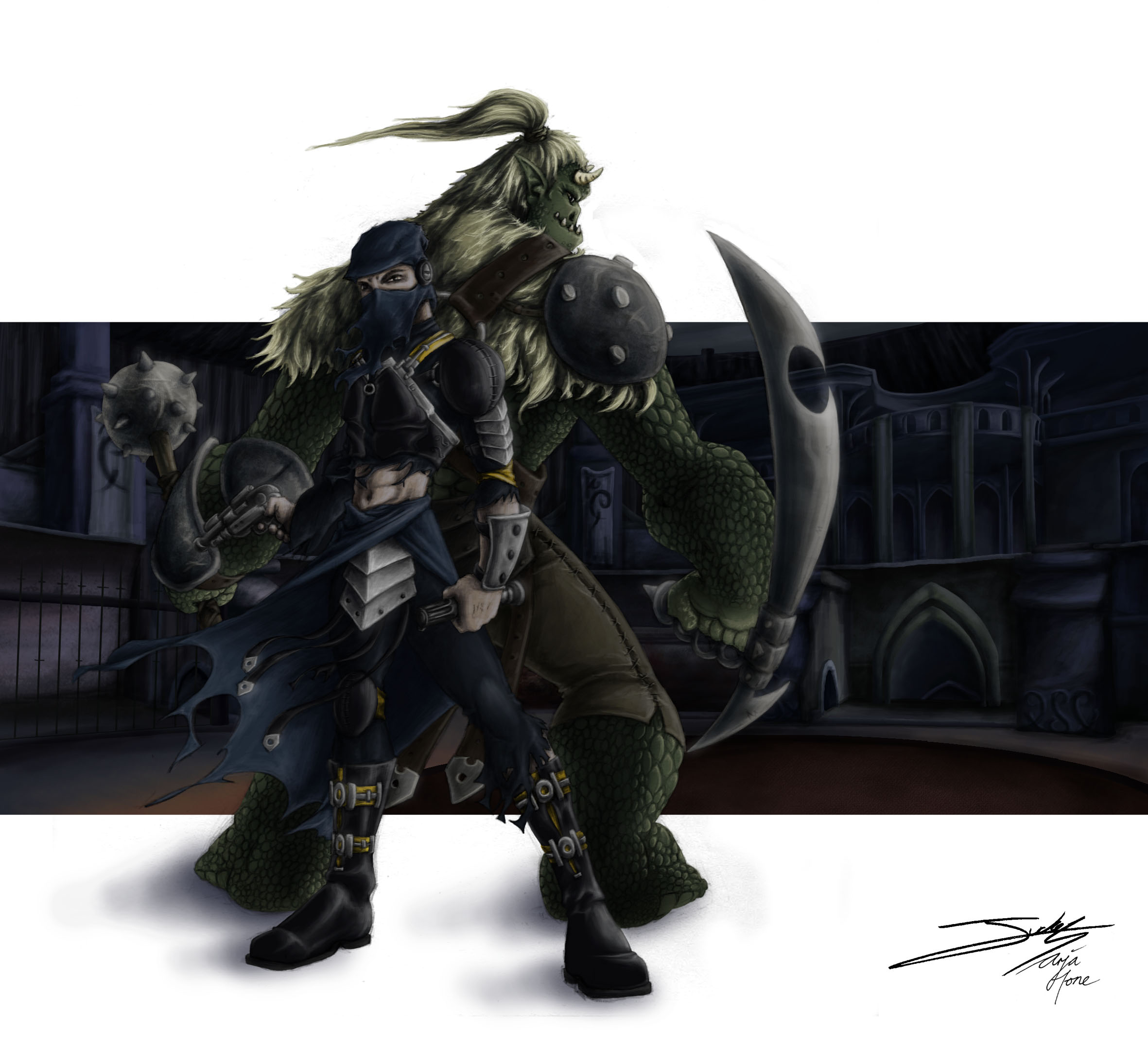 Cullen Stillwater(pictured), a Jedi Padawan who is sadly weak in the Force, crashes on a planet that has been cut off from the rest of the galaxy since before the formation of the Republic and the Jedi. He's captured, sold into slavery, and forced to fight arena battles. That's where he meets Graxxon Truk (also pictured) and the two form a plan to escape their bonds and depose the corrupt government that has enslaved the world.

Wow, I take back what I said about the first one being too bright... I should have never doubted your coloring prowess! :P Awesome work Mercy.

Oh woooow!! This is ten kinds of awesome. I especially love the skin texture of Graxxon- the effort that must have gone into that was WELL worth it, I'd say! A brilliant collaboration effort, here.

Sorry, I almost didn't give credit to the other artist... Judas, this picture is amazing. Good work.

This is an absolutely amazing piece, with beautiful detail and coloring. Much praise to both Judas and Mercy; you two definitely deserve it.

Cheers guys!! Glad you all seem to like it so much!
I suspect there will be more collaborations to come!

My jaw just hit the floor soon as I saw this one...

I think this dynamic character duo is a nice analogy of representing your combined talents :)

Lovely work both of you!

Thanks, everybody. I gotta say, though, Mercy definetly gets the credit here. She went well beyond the piece I gave her and really brought it to life.

Wow. These are definitely worthy of artwork in any published book. If this is the future of SWAG's art, then sign me up! Oh wait. I already did. =)

That's good in my book!