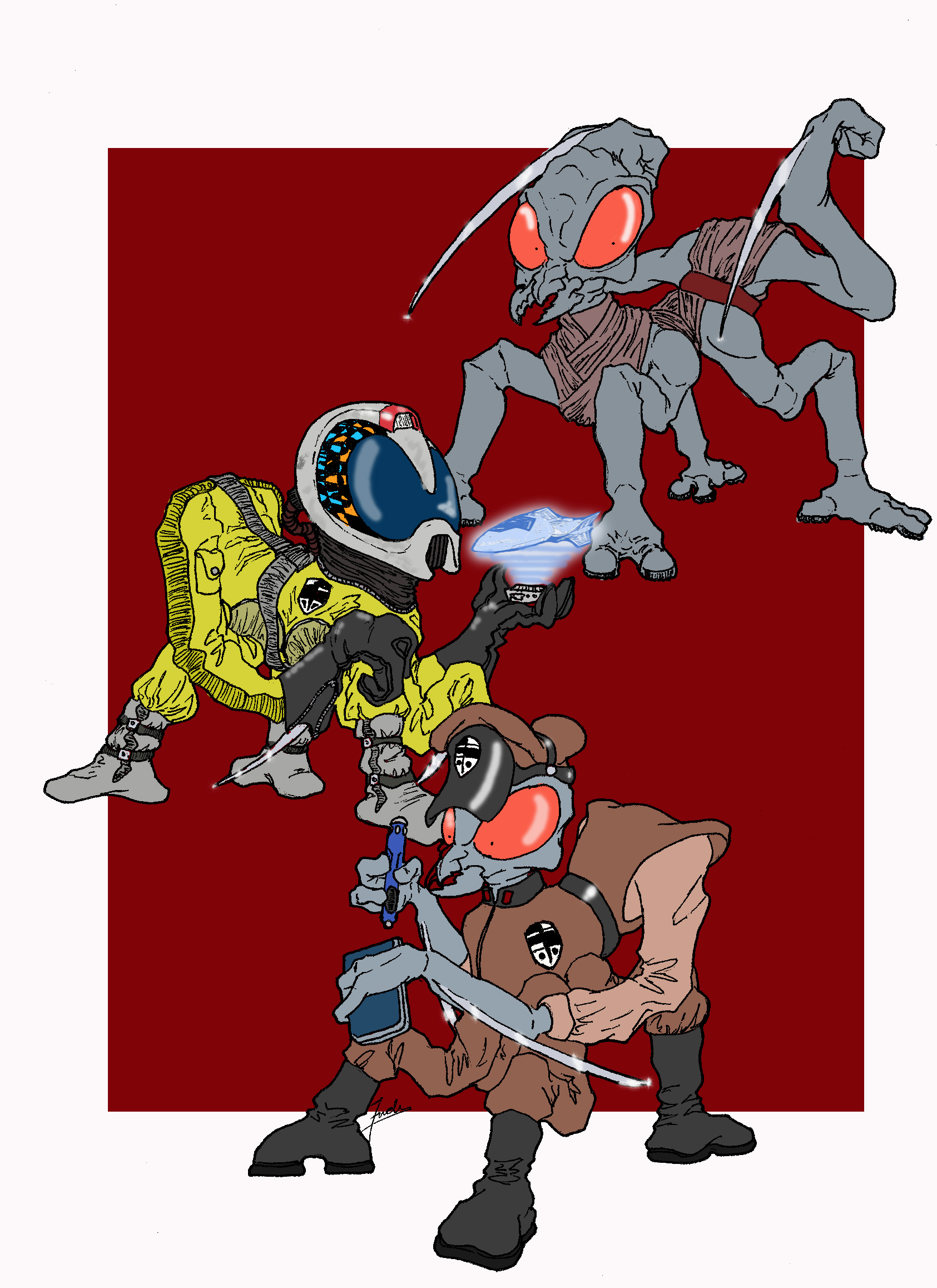 Sweet! I've been waiting for illustrations on these guys since I saw the Vourren Starfighter! (http://swagonline.net/node/3306)

Cool stuff! Any suggestions for D6 stats, though?

That is a very creative design, man.

Very interesting... they remind me of bartokk.

Thanks all! Believe ot not, this whole species and their ships started as the pilot's helmet design. :)