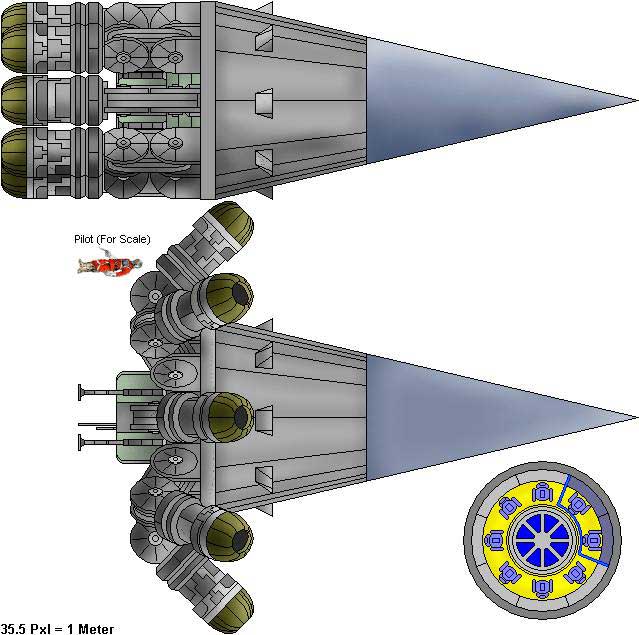 This ship was used in WEG's adventure 'Black Ice'. As far as I know it has never been pictured before. I made some changes from the base model, the passenger complement has gone up to six from four. The ship's also 18 meters rather than twelve, purely so it looks more spikey.

The operating proceedures are for it to launch vertically, then transit it's engines to flight mode. A shaped charge (Not shown) blows on impact with partical shields, allowing the remaining ship to pass through and hit the hull. When hit, the cone of sublimating tekonite acts rather like thermite, and burns a hoel through, being totally destroyed in the process but delivering the access door inside the targetted vessel. Once impacted, the small wedges prevent the ship from sinking too far in, and the engines transit again, allowing the eventual departure, though flight in the forward swept position is only fifty percent total available speed.
A deckplan's entirely suerfluous for a ship this size, but is included here anyway. I had to make it to get the ship's width correct.