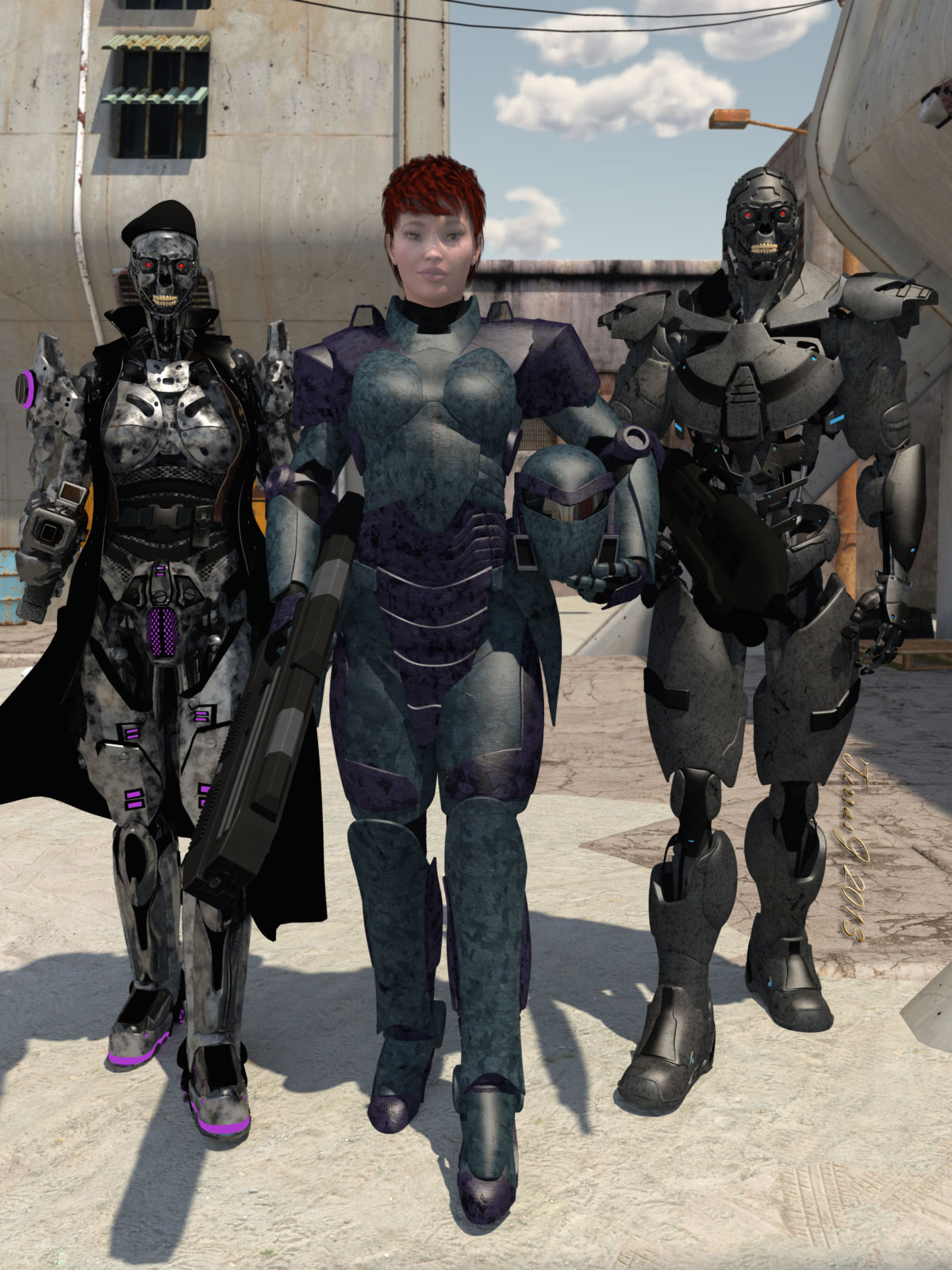 Heya, I'm back! Found this little gem sitting on the hd and thought i'd get it uploaded. Life seems to have a way of getting busy and everything else comes up at once. The last half of 2013 has been quite a dry period as far as 3d rendering and any related sort of hobby work is concerned. Enjoy :)

Jinn's story is one of tragedy, subterfuge and intrigue. Jinn was part of a Black Ops squad, the type that nobody wants to hear about, or able to talk about, doing the military's dirty laundry and taking out the government's trash. Slip in, slip out, with nobody non the wiser. They were the best of the best, maybe a little too good at what they do, to the point their homeworld government decided to retire them.

It was one fateful night, half way into the mission, things began to go wrong; terribly wrong. They had lost half their squad before they even knew it. An urgent coded message was sent to them from their formerly "retired" general but it arrived too late, it became painfully clear it was a setup. Jinn and her few surviving squad mates had to think hard about their next move. To proceed on as planned or what to do next. To complete the mission as planned was suicide. The group's assigned Cybers Helen and Leon were suspect right off the bat, Jinn was quick to point out their loyalty - she helped the group's (deceased) tech expert with the hardware and wetware upgrades. The few suspected "Bug" chips & code found were replaced with "Dummy" dead end replacements. With that fact out of the way, the remaining squad settled on improvising their mission plan; highly risky, low probability and a long shot at best. The tradeoff being a chance at survival, and payback.

Current to date: Jinn, Helen and Leon, spend their downtime at a safe, remote and undisclosed base of operations - a small and long forgotten colonial outpost at the edge of the galaxy. Their arsenal always fully stocked from raiding various assets, while the surplus gets offloaded into the black markets, much to the expense and embarrassment to the Minister of Defense that tried to retire them in the first place.

I have always enjoyed your work, keep it up.