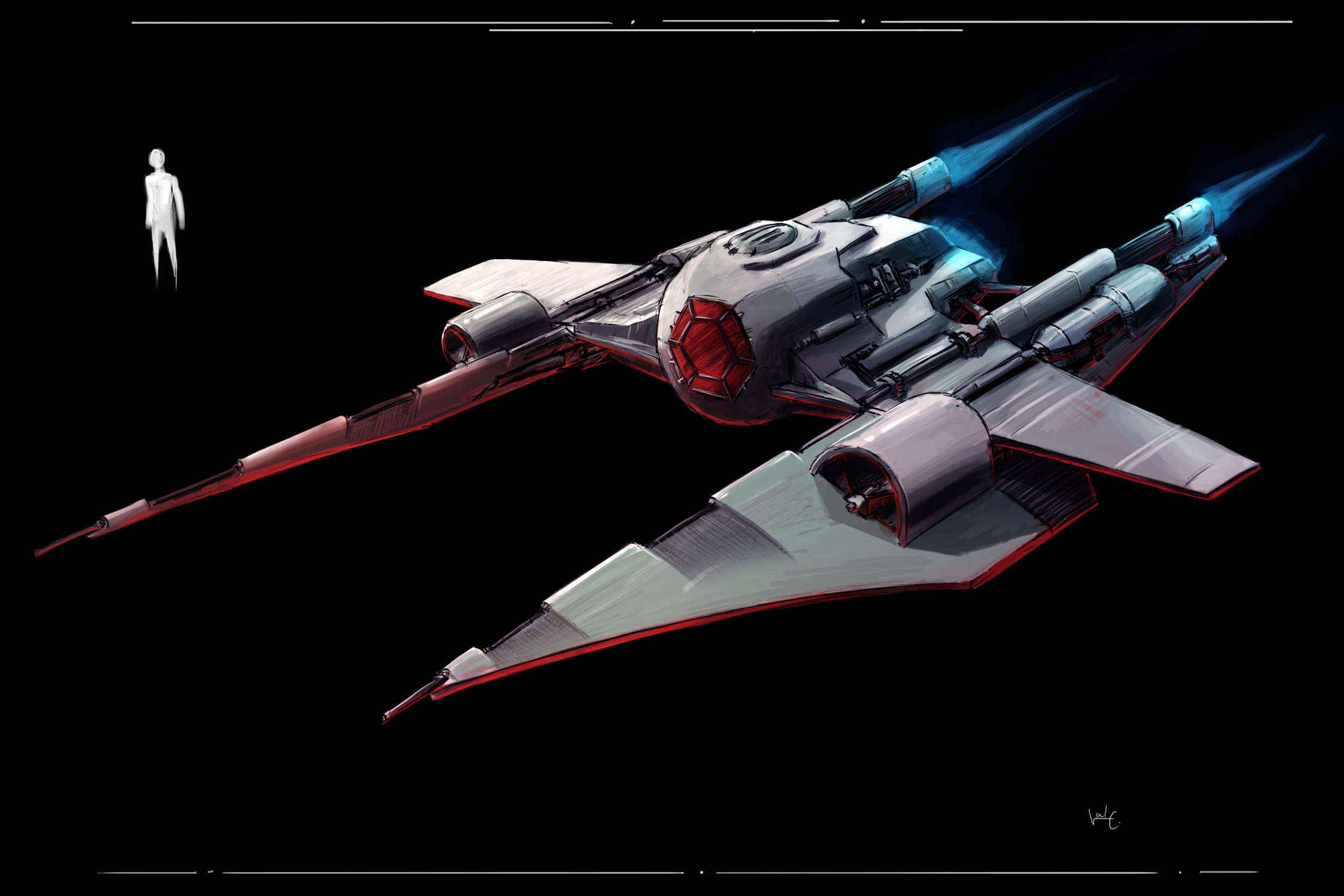 The Sith Interceptor is a staple Starfighter used by the Sith Empire during the New Sith Wars. Like most Sith starfighters throughout history, it's a single pilot vessel with minimal to no shielding, two forward laser cannons, and great speed. More Atmospheric friendly then other Sith Fighters, this is a common sight in planetary sieges of the era. As it's name implies, the most common tactic for this fighter is overwhelming numbers.

This fighter is a stand in for the Tie Fighter/Tie Interceptor for stories set in the New Sith War era (~1500BBY) but it can easily fit into any setting.

The Sith fighter is so slick I couldn't say enough good things about it.

When do the new Sith wars take place?

The New Sith Wars is a thousand year long clash between 2,000 to 1000 years before the Battle of Yavin. The Republic ceases to exist in the later period of this era leaving the Sith Empire to effectively rule the galaxy for a time. This is the Dark Ages of Star Wars universe where even the basics like the galactic holonet crumbles into ruin.

This fighter, and the rest of the ships I've submitted this far, are right in the middle of this era (1500 years before the films) and the death-throws of the Republic.

I like it, cool deal on the time frame.

I have a weak spot in my heart for TIE fighter inspired ships. This just went into my bookmarks. :-)