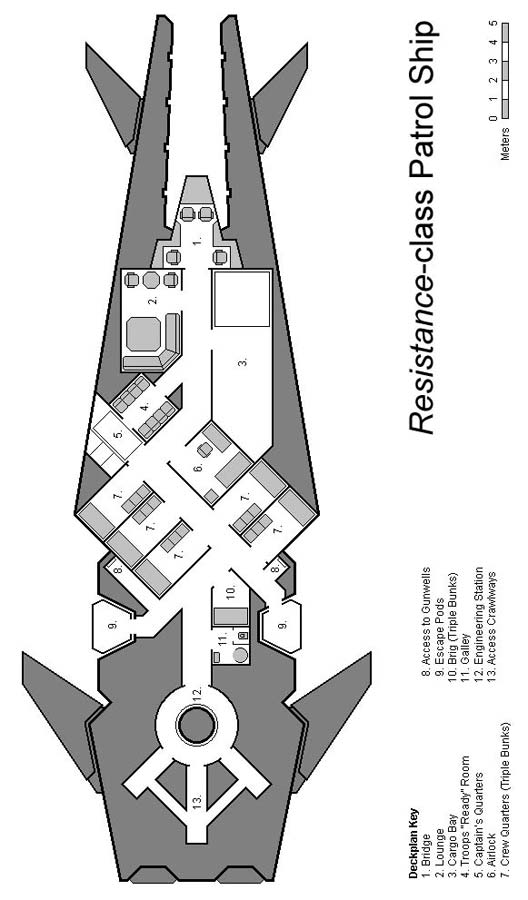 This is the prototype of a new type of intra-system patrol craft from the Empire. Designed to be a nasty surprise to rebel attackers the ship features a unique shielding system.

This system is able to protect the ship against ion cannons. However the system created unsolvable problems and so the ship never went into service.

The sole prototype somehow made it's way to the black market where it was purchased by a small group of smugglers. With the addition of a hyperdrive the ship now is a smuggler's dream...