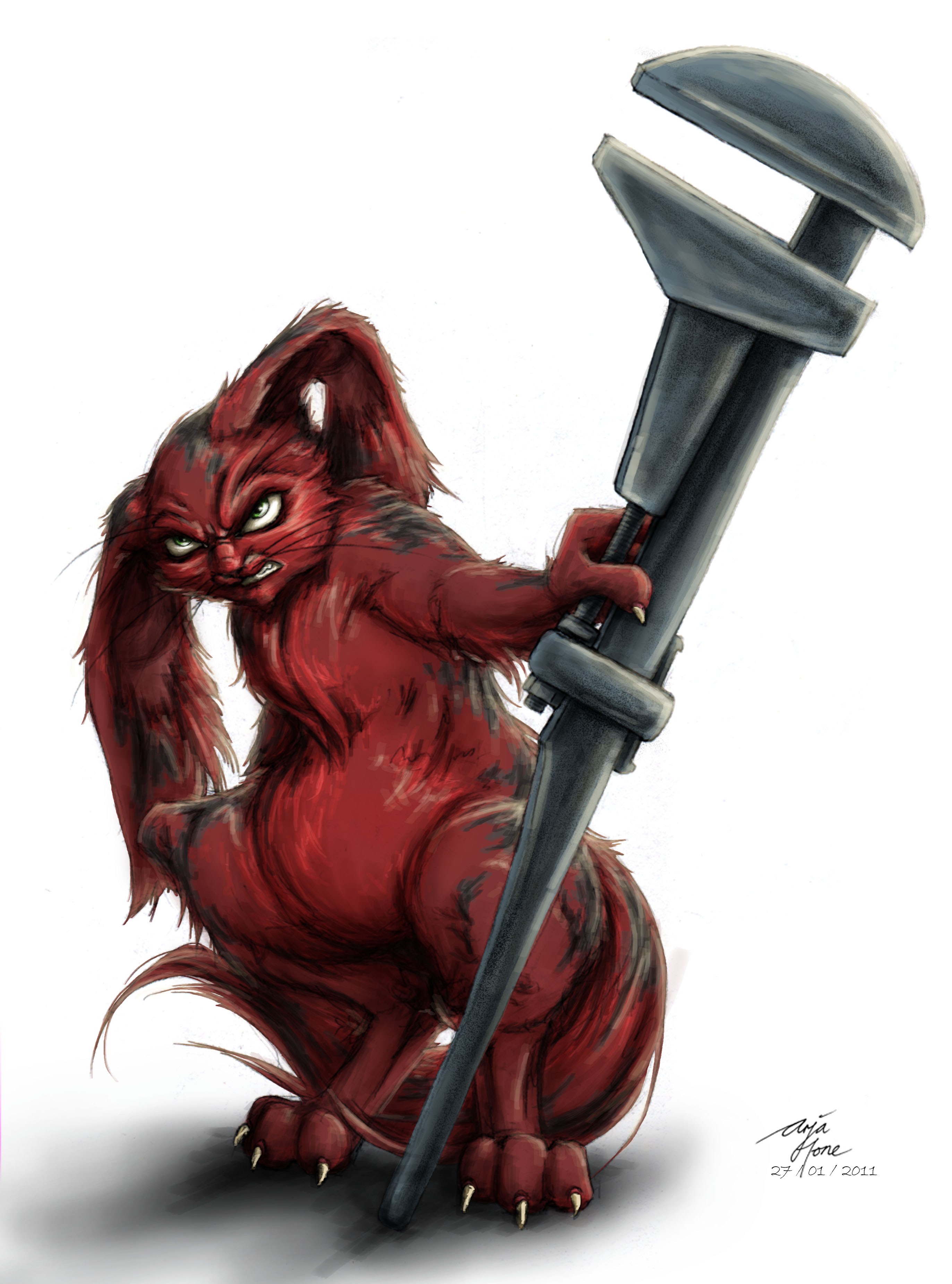 "At least they warned us this kraking time." Jikirt relaxed a bit. his tail smoothed back to normal size and his ears relaxed back to their normal posture. "We just don't have enough borking people. And most of the time, we cover what we frakking can, and try and fix what we can as we fargling can." He folded his vibroblade and stowed it. "Maybe with your assistance..." he broke off as another voice came.

"Do we need assistance?" he reached into his toolkit and pulled out a wrench. The wrench was a meter long, twice his length. He hefted it like a two handed sword. "DO WE NEED FRELLING ASSISTANCE?" He charged the droid and swung his weapon.

"WE. NEED . STUPID. OSIK. FOR. BRAIN. DROIDS. TO. DO. THEIR. JOBS." With each word he hit the droid again. Loud clangs echoed down the corridor as he pummeled the droid. Finally after a massive overhand swing the droid collapsed in a shower of sparks. The berserk Kushiban hit the droid several more times before finally lowering the wrench and turning away. The droid tried to move away, trailing parts, but another blow threw it back to the deck. Jikirt turned back to Val. When he spoke again, it was in a calm voice and his fur shifted colors again, staying in red, showing he had calmed a little.

"We don't do droid repair." Without turning he hit it again.

Lovely work Mercy! The posture and expression is wicked :)

When a Kushiban is handling a wrench that is bigger than it is, it is best to not bother the Kushiban. LEAVE HIM ALONE!

Tusserk -generally- gets along with other mechanics... I can't help but wonder how he'd fair with this guy!! Haha.

Look at that adorable little pinched-up angry face! Makes me want to have a go at drawing a Kushiban myself...

Such attitude! Belongs on one of those 'I've had a rough day' motivational posters.

Cheers guys!!
So glad you like - was lots of fun to create!

Hey, he would've been gret during the clone wars, smashing droids that pissed him off (meaning all of them)

Now why would you want that, Kraawdak?

The war would be over before it began :p