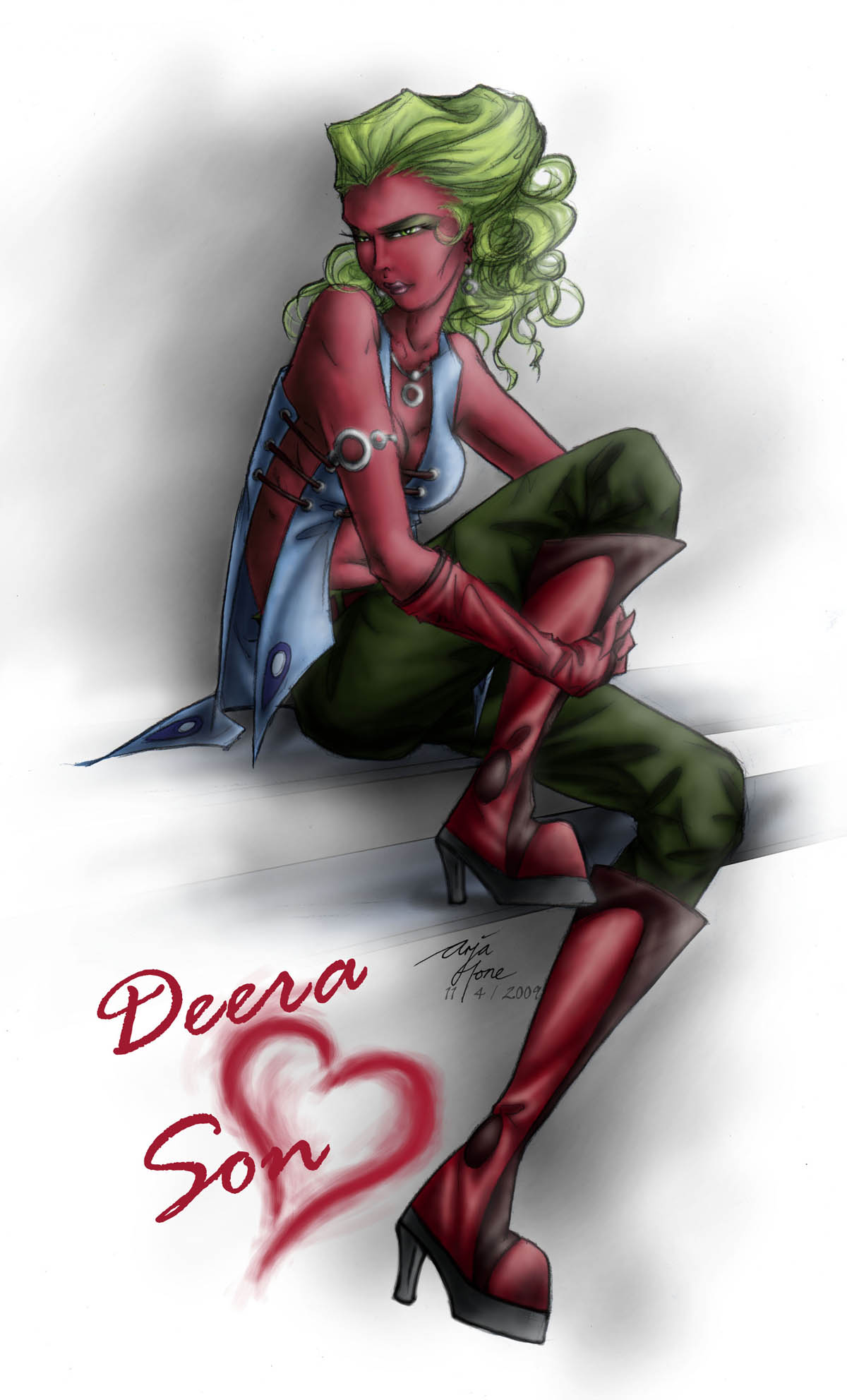 Somewhat old (almost a year!) request by Maverick. Who has been incredibly patient!
I thought this one would suit a sort of glossy, signed, starlet photo. Here's the original request;

"Well guys, I come with a humble request for the fantastic collection of artists that reside here. I am looking to get an illustration of a new character concept for an SWSE character that I've made. This character is a female Zeltron Jedi Knight that went undercover on Cato Neimoidia during the closing months of the Clone Wars. Following the end of the Clone Wars, she was stuck on Cato Neimoidia and went undercover as a dancer in Darga the Hutt's palace when he moved in (the campaign is the free Dawn of Defiance campaign released by Wizards of the Coast). She has finally escaped from Darga and decided to join up with a group of adventurers.

The initial concept I've had of her is crimson skin, emerald green hair and eyes (perhaps with makeup that matches or blends with her eye color?). Late 20s (26-27), dancer's or gymnast's build. Preferably around 1.63 m (5'5") tall and 52 kg (110 lbs), but certainly open for artist's interpretation.

Her lightsabers will be the short variants, and disguised. As I picture it, she has a short lightsaber that she wears as a belt (a cylinder with a locking collar that retracts into the base when disengaged - kind of a "spring-loaded designer belt) and another that looks identical to the dancer's baton that she carries. Again, I'm open to other options should someone decide to take up this request.

Should you be interested, please feel to contact me and I'd be delighted to work out details (such as the character's clothing - not typical Jedi robes, as she has been 'in-hiding' for a while - or revisions to the character's appearance). My main concept is the striking difference between eye, hair and skin colors."

I really love her hair, and the colors together!