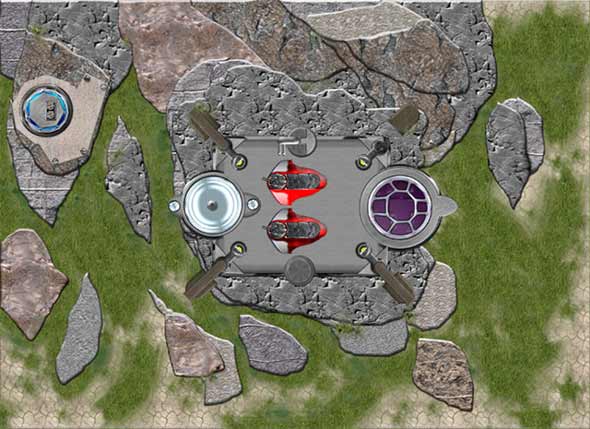 In this scenario, two of the 'players' where assaulting this base, while another player(working with the empire) was protecting it. Upon investigation, the players realized the entire base was a flying fortress which could blast off into space.