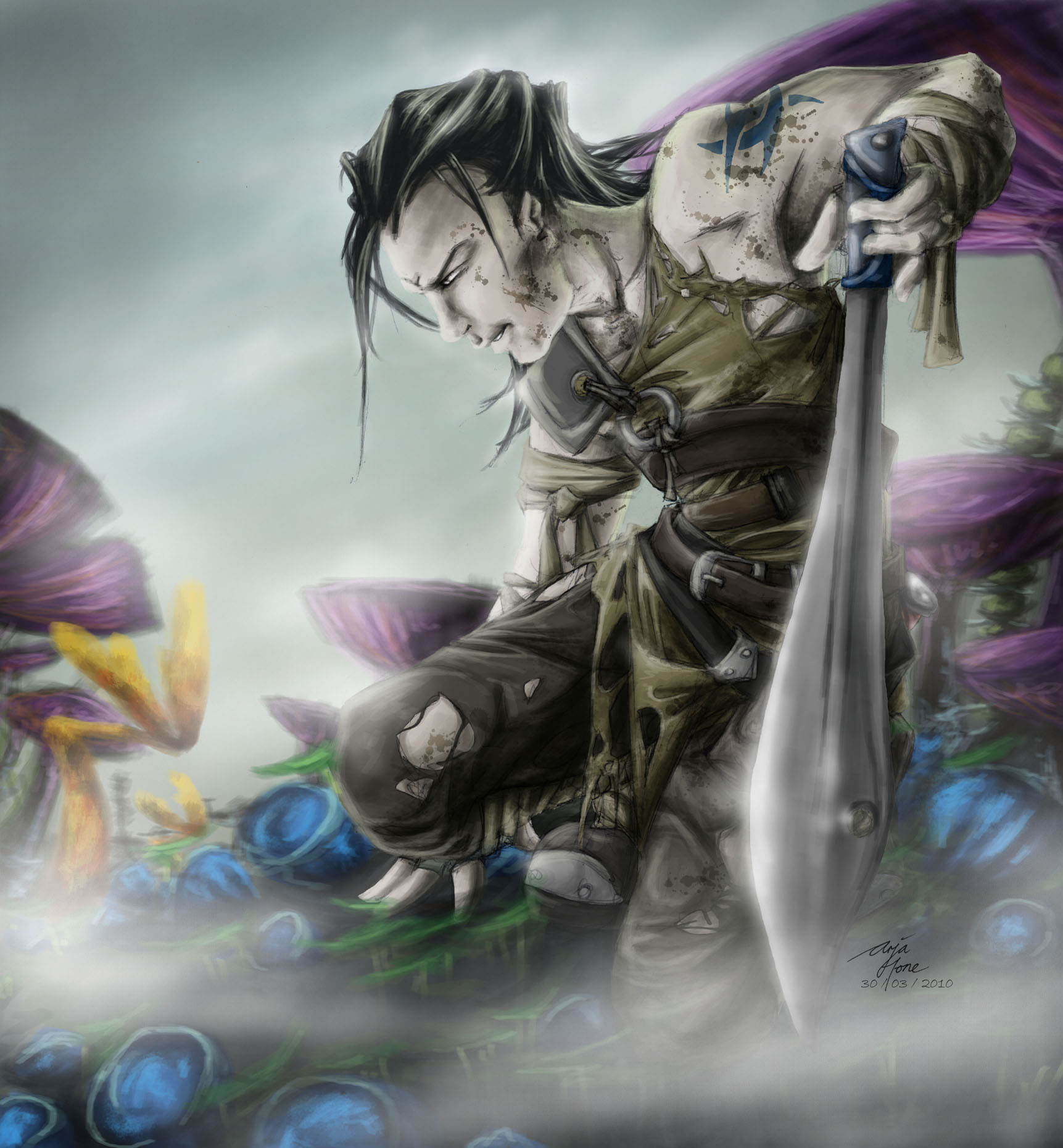 After watching the blockbuster hit "Avatar' directed by James Cameron, it inspired me to form a new charcter that took the drive home from the movies to form his creation.

Story- Raised on the underground, trashed streets of coruscant by a immature mother and a drunk father Artrika was named after his fathers fathers favorite bar. Bullies had been a major struggle in his life, and so for his birthday one year his parents allowed him to get martial arts lessons payed from Artrika himself. this money was earned from wise gambling artrika learned. One night one bully was wiped out by drunkness and came onto Artrika with a knife and sliced off Artrikas lower lip which bared sharp teeth from chewing rats that scrabbed the streets for crumbs. Artrika stressed out so much and decided to leave coruscant on a space bus to leave his parents behind and get as far away as possible. the cheapest ride was to Felucia and Artrika dropped off. he managed to Make shelter from a few huge leves and a large mush room to sleep on. After months of adapting to the lush forests Artrika took a more formidable and muscalar look from the ripe fruit and fighting off large plants and climbing up tall vines. after a year had passed, Artrika made a friendly relationship with the surrounding creatures. One day he came across an old battlefeild and found a machete for slicing a way through the plants, a bow and lots of arrows, and a few knives. he also used light training gear used by starkiller(galen marek). He mostly uses the bow for exact targeting. he enjoyed show off his arm and chest muscles to look menacing. Artrika was quite agile and an excellent at climbing. He used his weapons at best posible precision and became a native spy and mercenary for the felucians. He special hiding spot was underneath the thick swampsand then leap out to attack the enemy.

Id like him in some epic pose climbing or something holding one of his weapons. The rest is up to you to your creative freedom.

Excellent and the dirty look is great.

I love the concentration in his face and the detail on the costume, Lc also said it right too