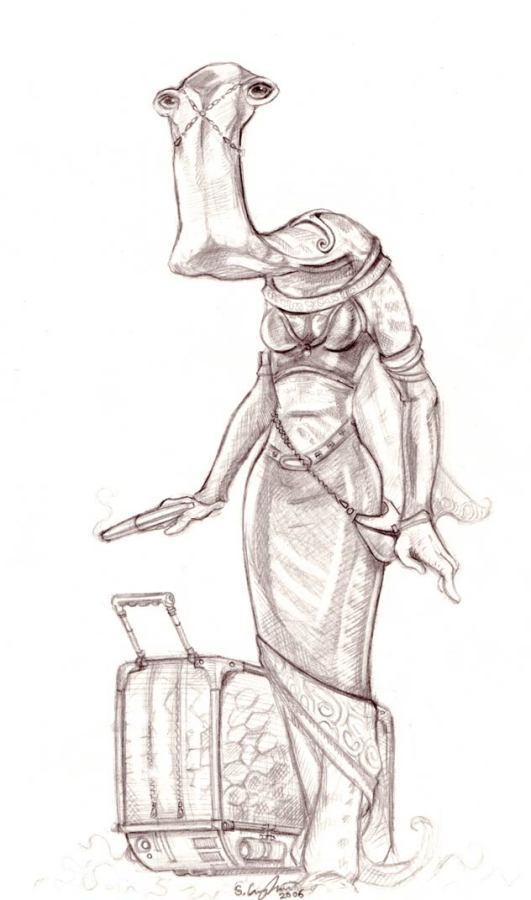 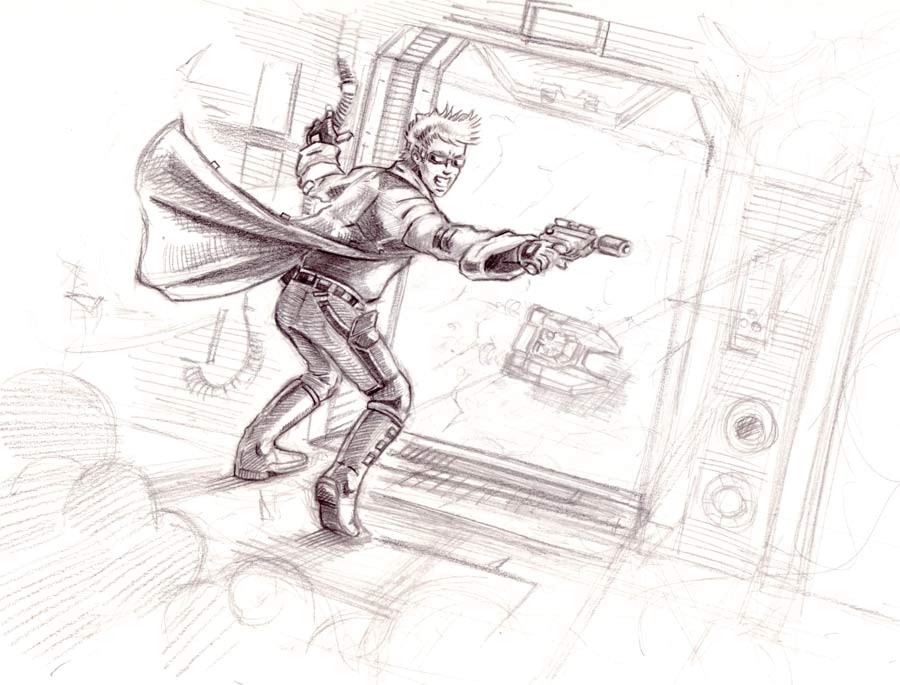 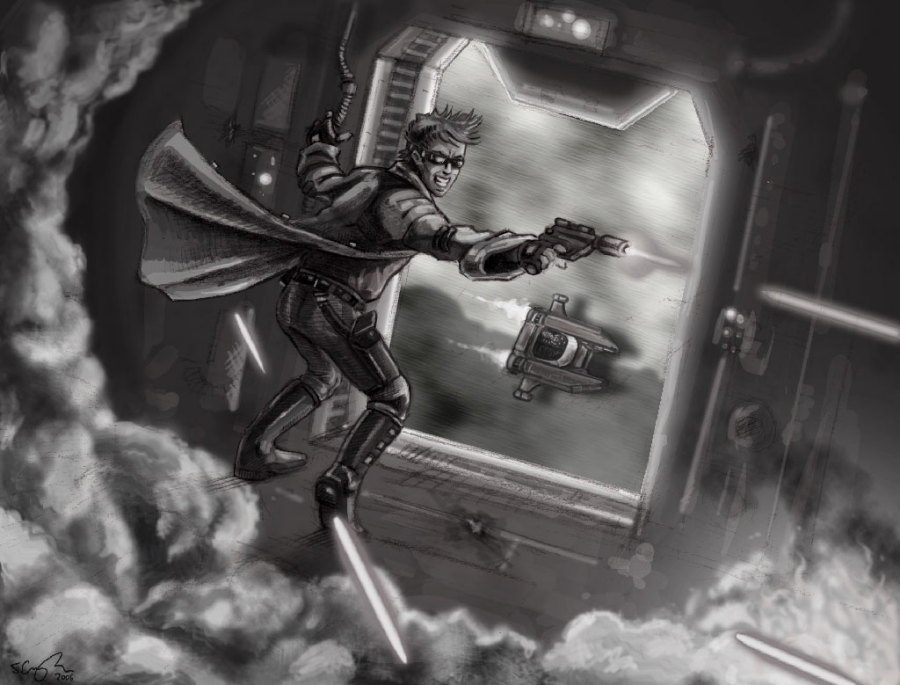 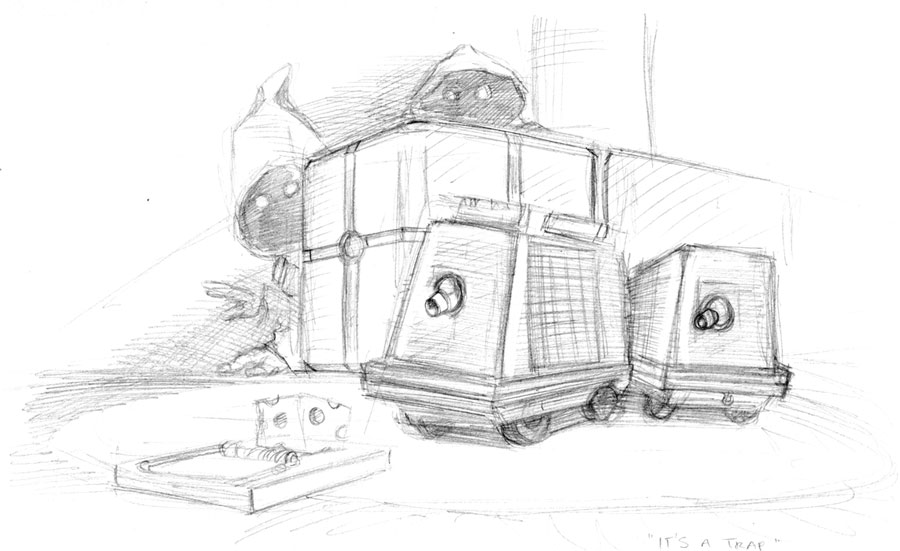 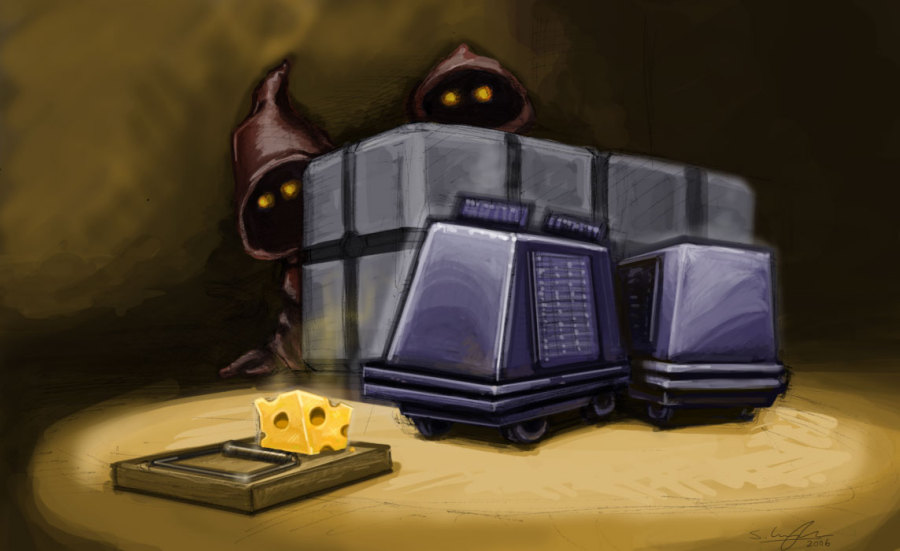 During SWAG's dark times, without gallery updates or art requests and all that was left was the forum, a faithful few Swaggers huddled togther and tried to keep SWAG's spark alive by running a monthly theme contest. It was an informal affair, there was no voting, no winners and few rules; just an idea mutually decided upon and a loose deadline.

Gathered here for the first time (including some WIP sketches) are some of my entries to those contests...

APRIL 2006: Catwalk or KesselRun - Teka Ossm Ithorian Supermodel
Teka Ossm was plucked from obscurity to become one of Coruscant's best known Fashion icons. Fame and celebrity took it's toll on this once shy Ithorian however, her Bith rockstar boyfriend introducing her Glitterstim. The highly expensive and addictive drug eventually drove her to desperation and she started smuggling for an underworld drug-baron; concealing the illegal substance in her designer Dewback-hide luggage-droid.

MAY 2006: Time to Abandon Ship
Pencils and finished piece.

That's awesome. I love the 'It's a trap!'. Very, very clever and very, very funny!

so are we starting this up again? It looked like it was fun and I'm all up for fun. Really I am.

Now SWAG is back, it'd be nice to see the contests return. It has been suggested a couple of times but as yet there hasn't been a great deal of interest.

I stilllove the Ithorian supermodel.Andyou really live up to your name in that last one there!