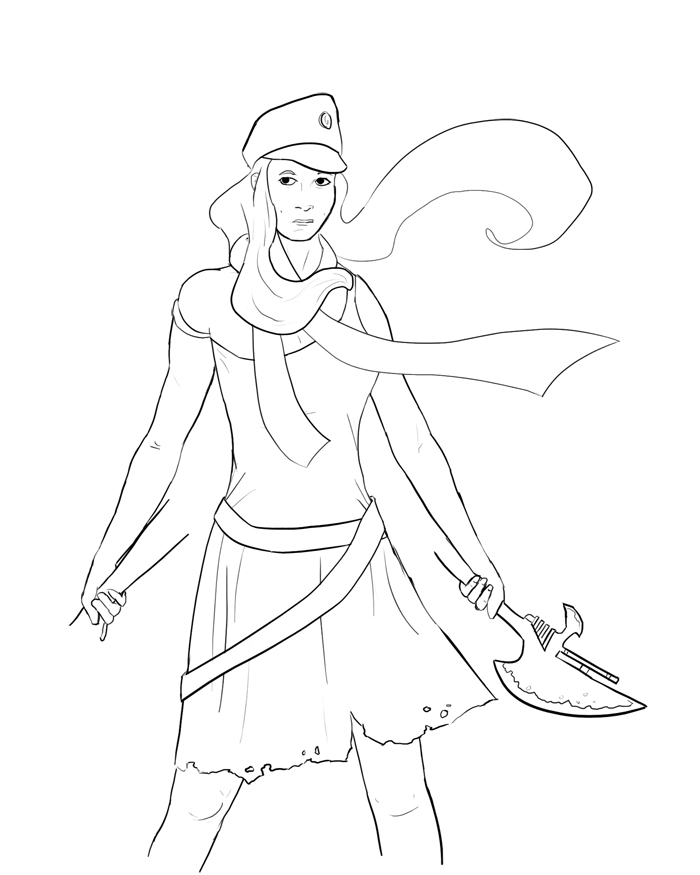 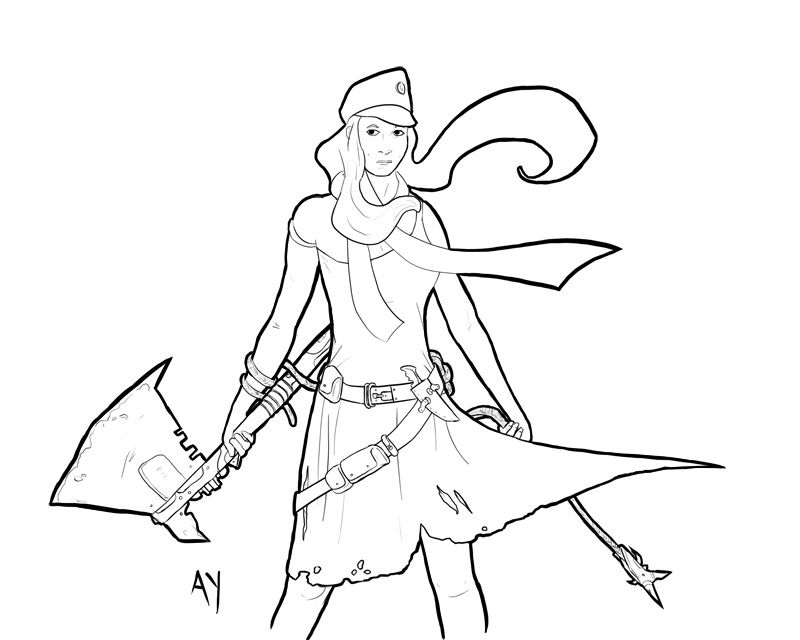 I've been slacking a little on the requests lately... I've been busy with school, mostly. But I've also been working on a few things. Most notably, I have set out to render my most definitive series of portraits of Asok that I have ever done. This series is, in effect, exactly what he looks like. I've included all of his clothes and accessories (including the ones that Hish gave him!). I've put an awful lot of work into these, and now I've left it to Drig to color them!

Edit: I've finally started working on a portrait of my group's current characters. So far I've laid done some lines of Jozzel Drase, the lovable backwater girl with the formidable ax.

Waow very nice! It's interesting to see these variations in connection with the same character. Great!