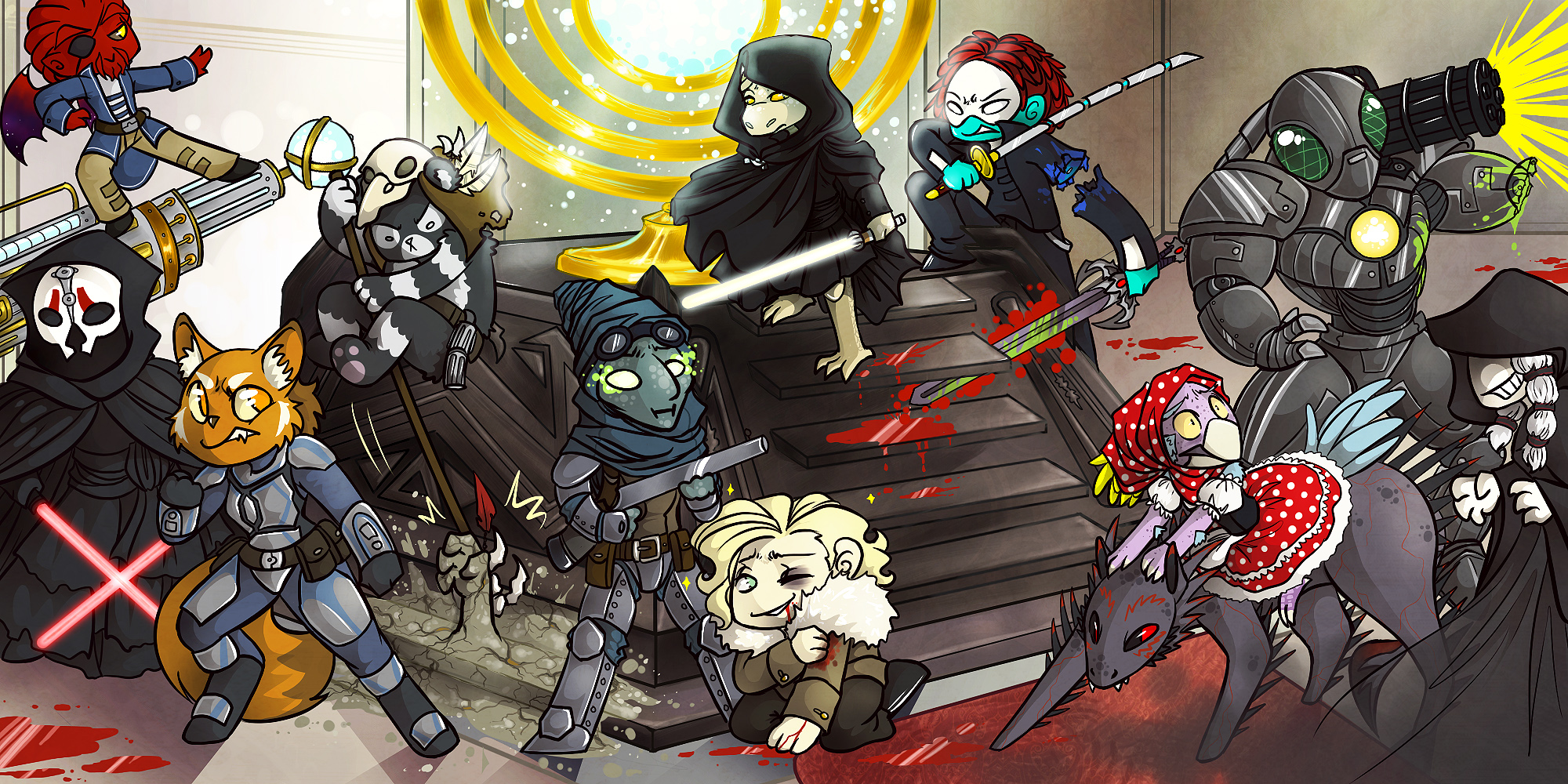 The Worst Party Ever

Featuring the....omfg I can't think of what it's actually called, all I can think of is EPISODE.

By which I mean like four moths ago in Star Woarz.

Everyone sans Hanzo sneaks into a party. Minus Tendaji, who hung out in the van. THIS HAPPENED. A lot of people got disintegrated. Also Tusserk showed up with a whole bunch of Darths.

We're pretty sure we've killed at least one of them. I say we should have killed TWO RIGHT THERE ON THE SPOT. (Come on people, with a name like Traya do you think she's probably lying and going to betray you? Maybe? Just maybe?)

....WOW THE .JPG COMPRESSION MADE THIS LOOK AWFUL

AWFUL is a very strong word! It's definitely not as crisp, but it's not horrible to look at (then again my eyes don't let me ever see the world as crisp as it apparently is... XD)

I wish I knew more about saving/converting different filetypes so I could give some advice but I really really don't. Does SAI even have a .jpg option?

my isue is usually the 2....mB or G I can't remember completely, but whatever it is my .png files are almost ALWAYS too big for the site, and shrinking them just ends up being a painful trial and error until i get someting under the file limit, so i usually just save things to .jpg and knock down the resolution enough till it gets under 2

If you click on the image, it will open (at full resolution) in a new tab. That might help resolve compression issues.

the issue is more the size limit for the images. I usually end up saving as a .jpg to get under it, but the file type doesn't always keep the art nice

png is a better file type to use to keep the crispness of the image.

.ong is actually always my default tile save type, but I usually use .jpg when I need to get under the size limit. Shrinking the image in .png doesn't always get small enough until I loose a lot of detail unfortunately