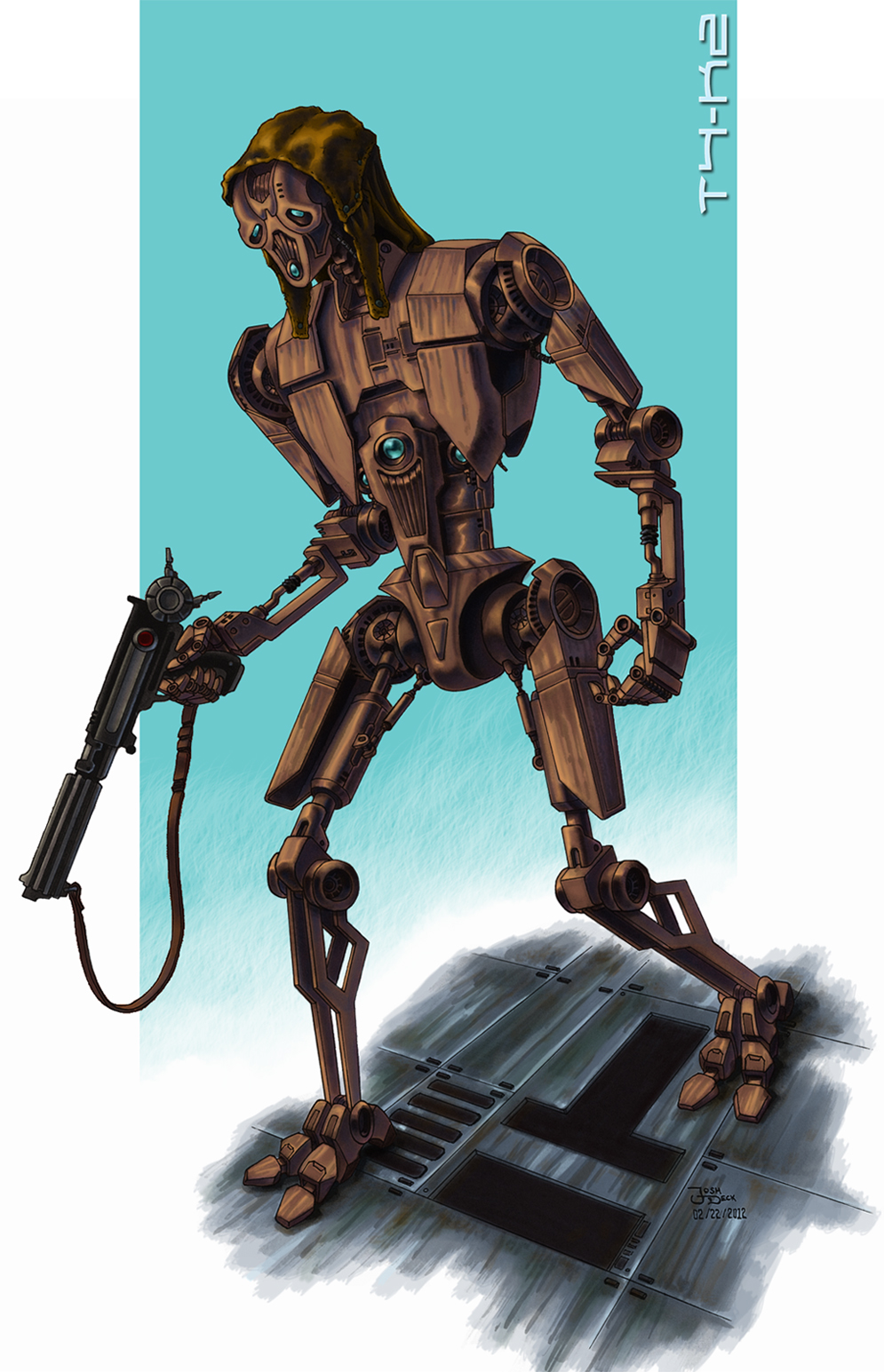 T4-K2 was a prototype droid created as a means for providing a discreet assassin droid to the highest bidder. However, the project was deemed too expensive to maintain the cost, and all of the entire line of prototype models were destroyed, save for T4-K2 himself. The droid, before this executive decision was made, developed its own personality and independent programming and, before the company could destroy him, he got away.

Over time, T4-K2 implemented various upgrades from his original form and became a professional-grade assassin and bounty hunter. However, he developed protocol functions to keep his primary programming discreet to his targets and those associated with them.

T4-K2, as his makers intended, serviced himself out to the highest bidder, and never became affiliated with anyone but himself.

That is a fantastic design!

Whoa, this is great! The color, the details, I love it!

He is very intimidating indeed.

Thanks everybody! A huge weight has been lifted in getting this one done. I'm very glad you like it Cadden, hope you are still adventuring with the character :)

I love that the droid is your profile pic now!