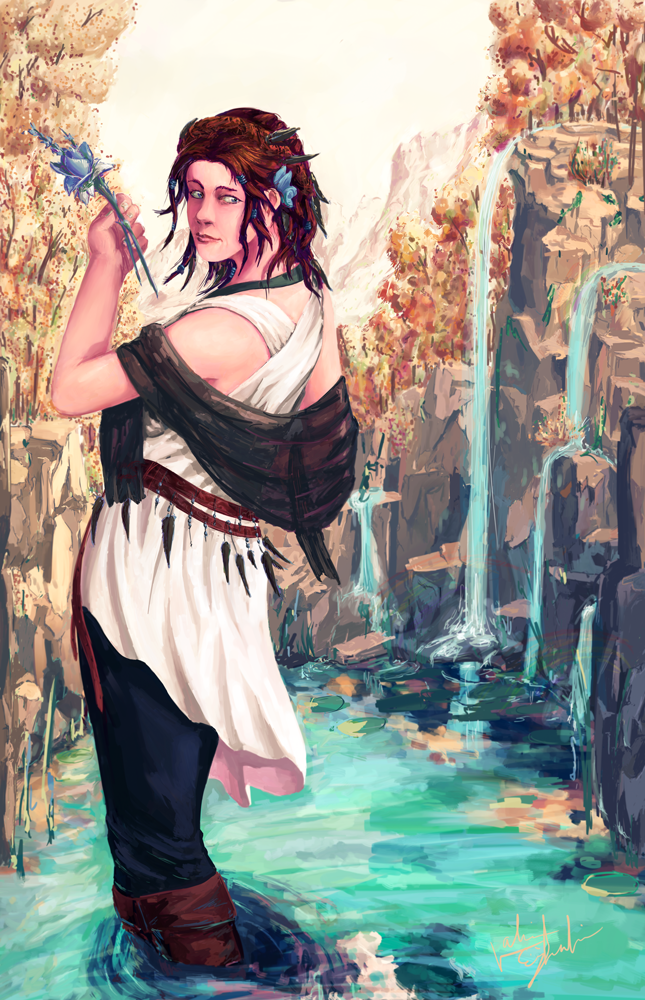 A hypothetical OC character of mine to explore where the story might have gone.  I created her as a hypothetical daughter of Allana (a younger sister or half-sister to Elliah Fel, whose death she would ultimately organize) and who would fall to the dark side during the Rise of the One Sith era.  She would end up taking Allana's place next to the dark man (Krayt).  Art of her as a fallen nightsister was done for Inktober, day 13. Eventually, she would be redeem, falling into self-imposed exile under a false name where she would give birth to Ania.

Some high Alfons Mucha vibes in this one. Nice colors!