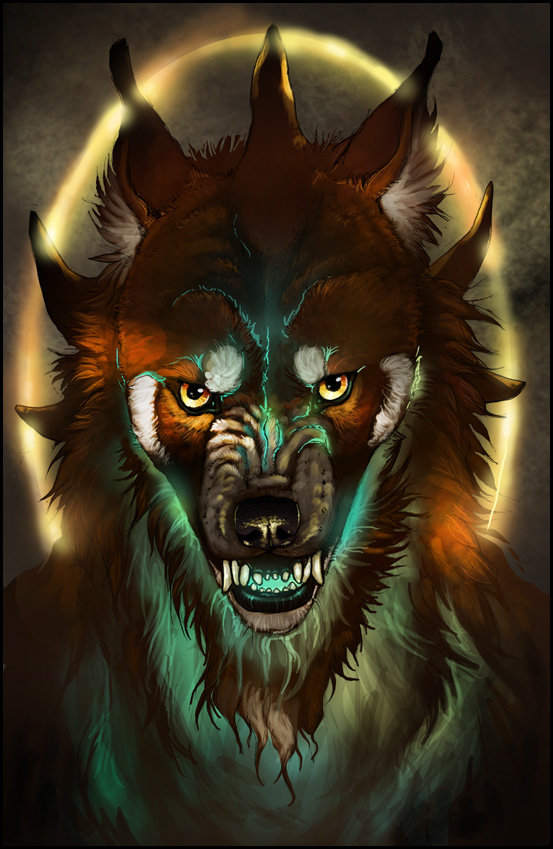 Drew this one a while ago, but get so wound up in feelings of being selfish and indulgent and tried to tell myself I'd only post again when I had other people's characters to post. I feel like I've been saying 'life's been rough' forever, but... it has been, and I've been fighting some really negative self-worth nonsense feelings for a while. I haven't created much in ages, and that fact in itself gets me so down! But I've actually managed to make headway into a request now, getting back into the spirit of giving, and it's put me in enough of a frame of mind to post these last couple of pics.

So, yay, hi everyone. Jak is still my favourite, my growly shapeshifty Shistavanen monster girl. Tried to get the sense of 'between forms' with this one, and I don't know, there's probably some sort of introspective self-expression going on too.

Oh pshaw! Post whatever you lke Tuss. You're the artist. Whether it's your own character or not, it's still a great piece of work and I'm glad you shared it with us.

She looks like she is in full wolf off mode.  It is great!

This piece creeps me out in the best way possible! I love the way you did the fur to look all matted and bestial.

I'm not gonna lie; This scares me.  Like, plagues my thoughts and turns my world into a waking nightmare of fear and paranoia.

Really cool. The colors, the ferocity. Excellent choice for featuring on the main page.

THIS IS AMAZING AND CAN ONLY BE EXPRESSED SO ONLINE VIA ALL CAPS!

Many, many kinds of awesome. The emotion....like... did you eat the last of the salsa.

This kind of amazing inspires my desire to write. You invoke creativity.