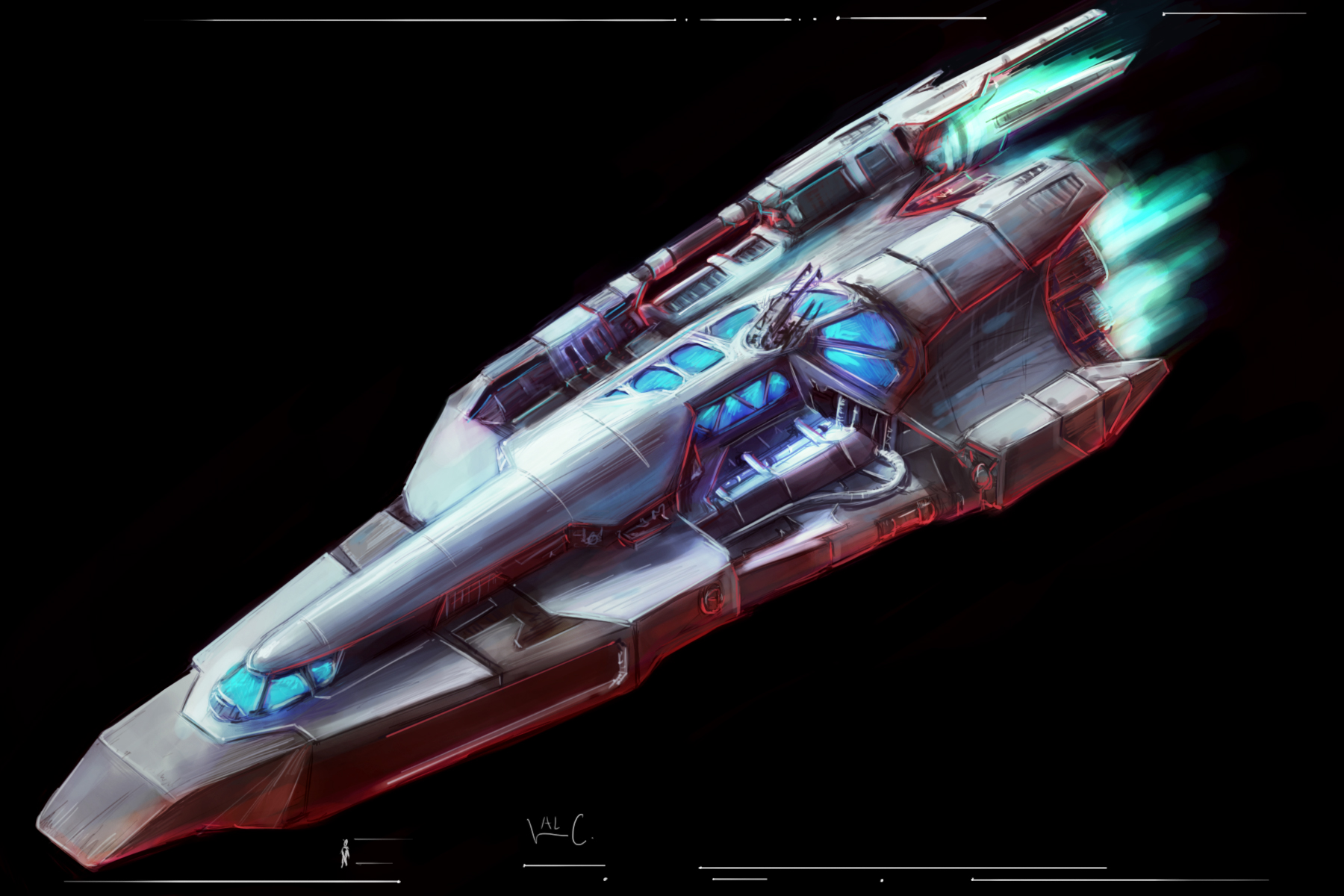 Scabbard Personal Transport
If there ever was one thing top of the line criminals and business men alike completely excelled at, it was traveling in style. And nothing is more stylish then a sleek Scabbard class ship - a combination of luxury yacht and quick smuggler ship. With the Sith's recent expansion into most of the rim, only a few of these newly designed ships where ever made. Most having fallen into the hands of crime lords and the kingpins of the galactic underworld who prize these ships. Equipped with massive engines, and more engines, these ships can outrun even the famed Corellian ships. The craft sport decent shielding, superb agility, and it's two gun turrets (one on the top and one on the bottom) make this bucket of bolts more then capable of protecting it's owner in a scrap. It's classification, "Scabbard", comes from the primitive sword holster of the same name of which it resembles; And with it's reputation as a ride for Kingpins the galaxy over, the class takes on a much darker connotation.

Designed as a player's ship for RPG stories set in the New Sith Wars era (~1500BBY), this vessel and be displayed in any era as the equivalent of a rich-man's YT-2000.

oh, I really love this one. The design is top notch with an excellent use of colors.

Any deckplans on this wonderful looking vessel. I have to get one of these.

Very nice. Maybe you would like to help me design a transport ship sometime?

For some reason, I always like asymmetry in a starship. This one is really well executed.

I really like the dimensions around the turret! Very nice.