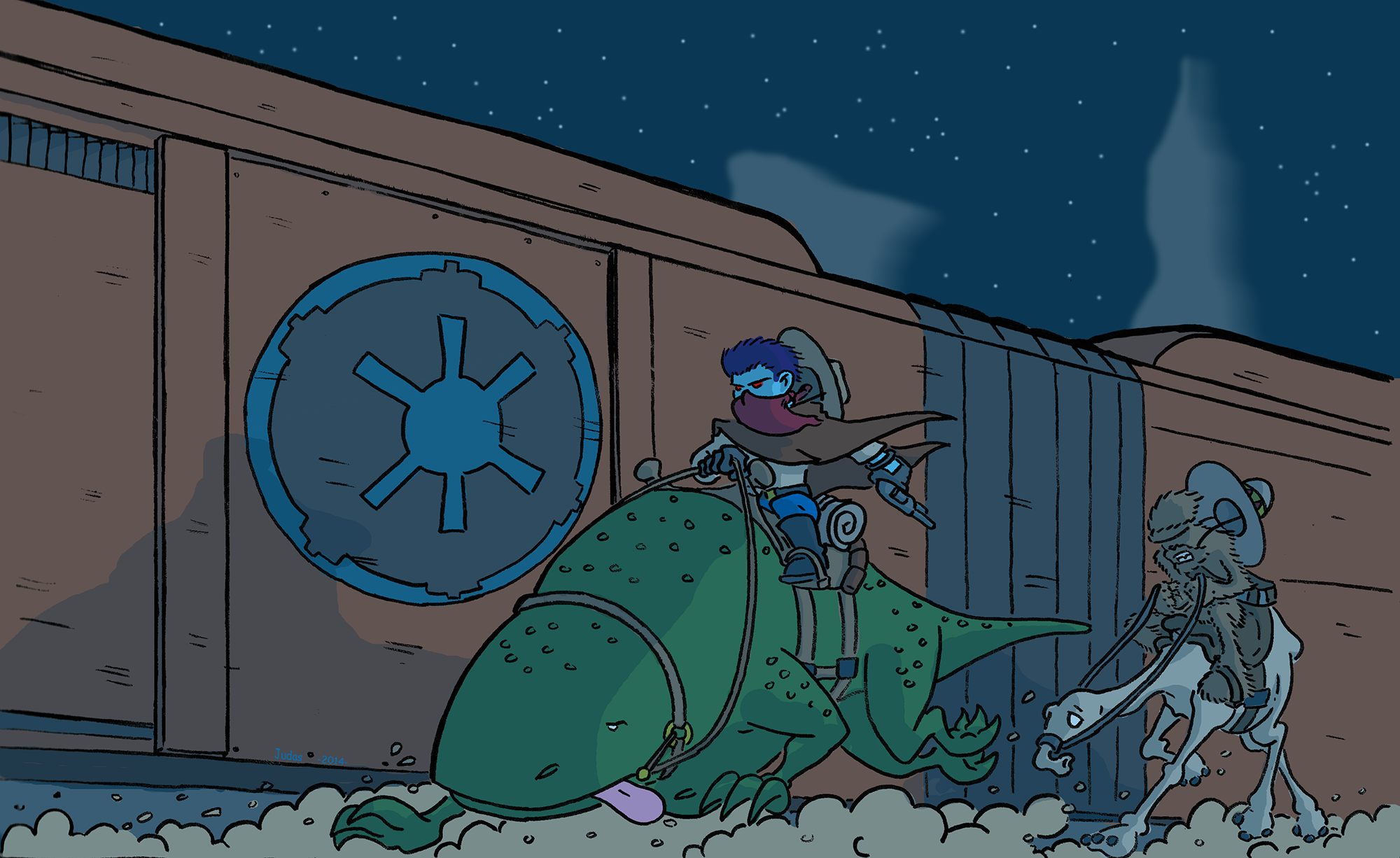 An Imperial military supply train, en route from one ambiguous location to another, draws the attention of Dune Sea banditos.  In this case it is the infamous Chiss outlaw, Drevan Ch'Kahn, also known as "Tuskan" Ch'Kahn (because he was allegedly raised by Sand People).  With him, as always, is his semi-trusted partner in crime, the mysterious Wookiee highwayman known only as "Mister Barbara".

There are two possible musical scores that could truly capture the essence of this scene.  That could allow the viewer to experience the full emotion of the piece as it was intended.

The first is the classic Ennio Morricone score.  You can almost picture it when you close your eyes. Except that now your eyes are closed, so you can't really see.

The second (and I really feel this is the one that best accompanies the piece) is "Song 2" by Blur.  Whoo-hoo!

OH! This is my favorite thing you've ever done. SUPERB

I can't even do the monthly theme now. Because you have COMPLETED IT

This is brilliant Judas... Love it.

And Judas.. I think this fit's really well..  https://www.youtube.com/watch?v=uUpDG680uew

This is outstanding! However, I am left with two burning questions.

1. WHICH bit of Morricone, particularly? I'm ashamed that I'm not familiar enough with enough of his work to put a piece of score instantly with this! 'The Military Train' from The Good, The Bad and the Ugly is faaaar to sedate.

2. WHAT IS UP WITH THAT WOOKIEE'S NAME I NEED TO KNOW MORE

I thought it was a Yogi Bear reference....

Oh, I disagree. "The Chase" from a Few Dollars More fits PERFECTLY.

It's Frank and Jesse James of the Star Wars Universe!  WoooHooo!!!  Blaster's away.  :)