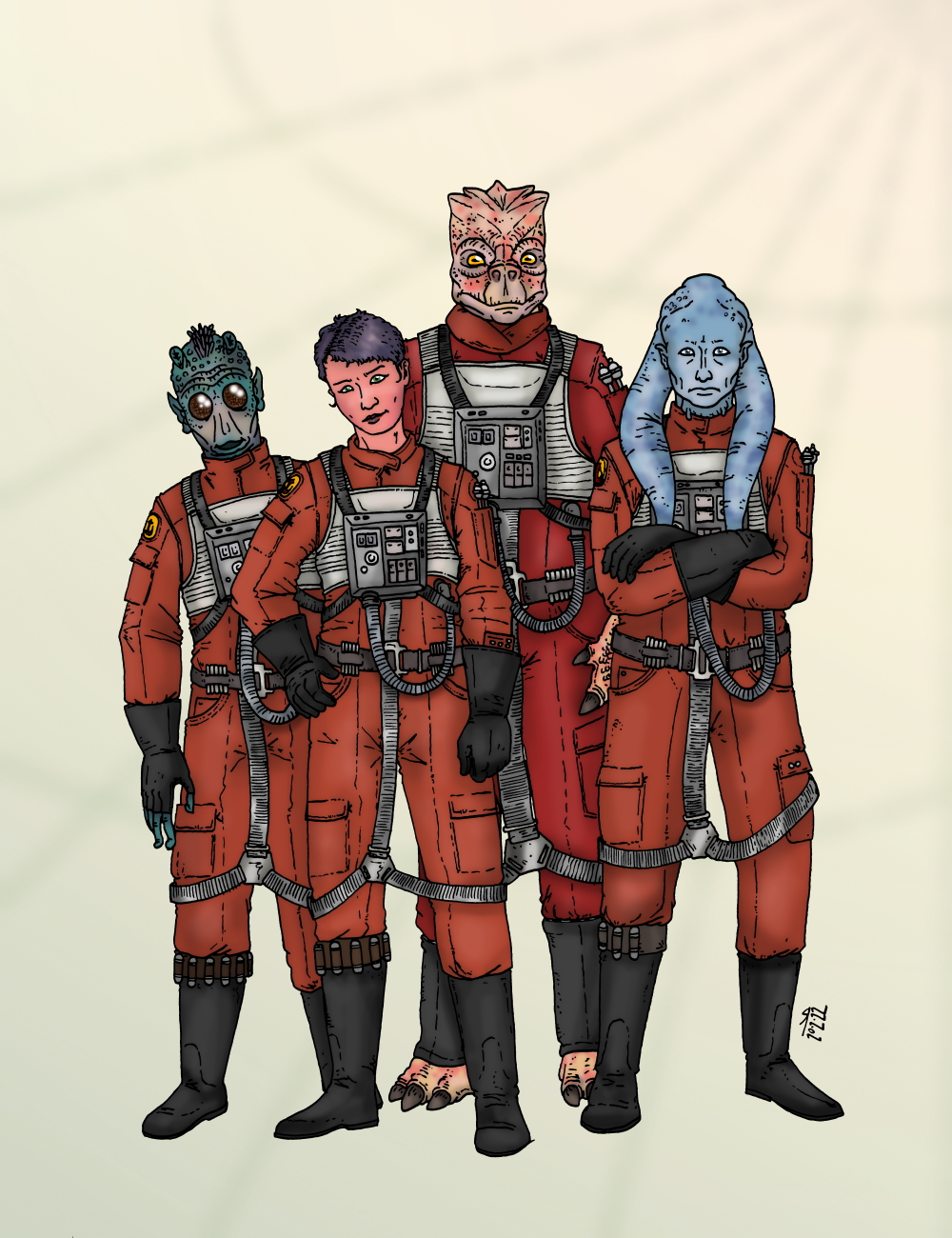 A PC-group pic for an one-shot-or-maybe-more-adventure about a New Republic starfighter squadron, called the "Red Sketto Squadron". I DMed the first adventure on New Year's Eve of 2019.

In the adventure the team had to evacuate a New Republic spy from an imperial plant so the republic fleet could bombard the facility. So it was more an infiltration mission than a typical starfighter combat, but maybe we will revisit these characters to have some dogfights against imperial TIE-fighters.

Thank you very much :D I'm really glad how that artwork turned out.