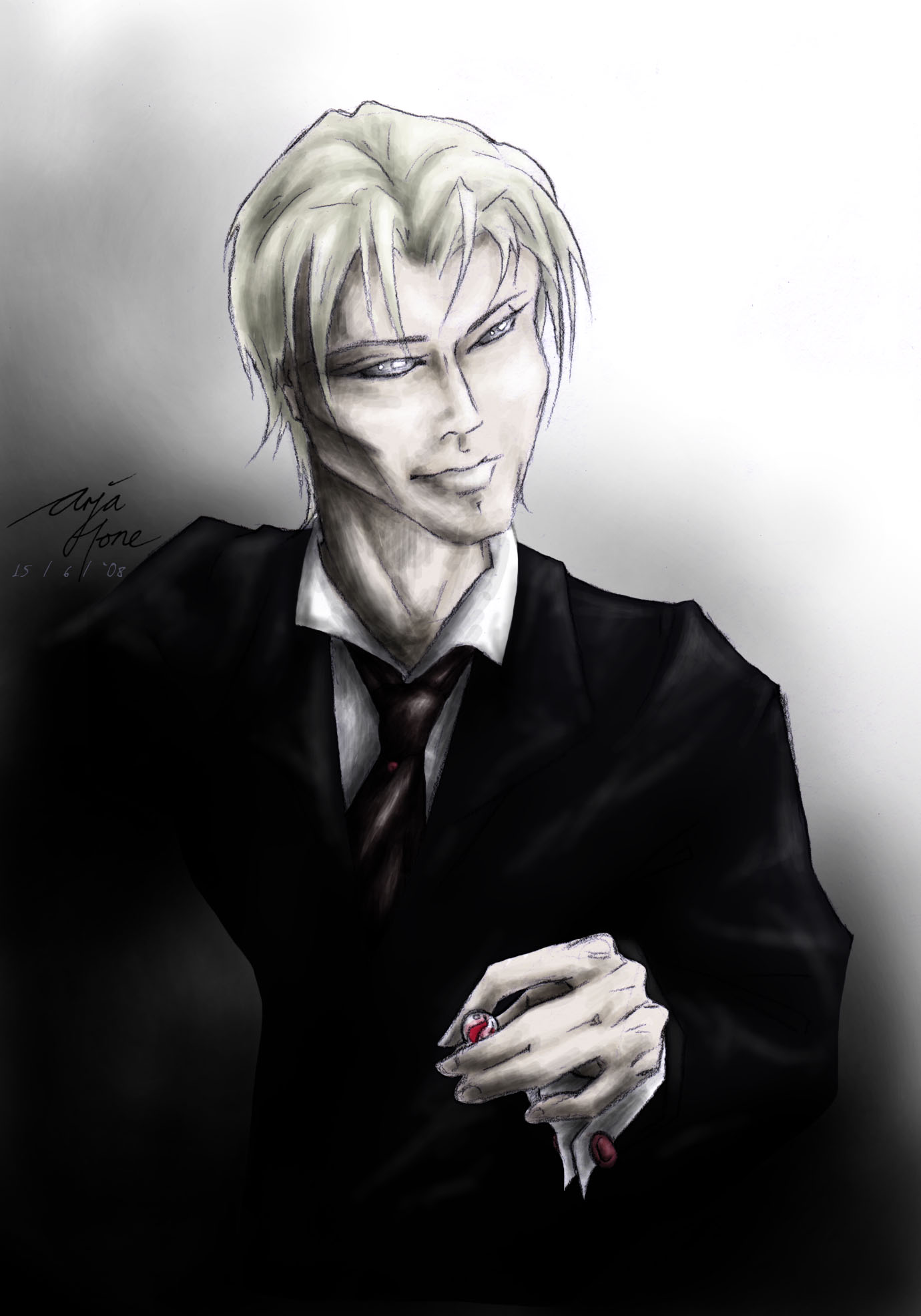 "What I'm looking for is a picture of a Male Miralukan, with traces of Arkanian blood on him. He's young (about 20-21), but wise beyond his years. His Arkanian heritage lends him milky-white eyes that do not function, as his Miralukan blood gives him force-sight.

As far as other physical details go, his hair is a silvery-platinum blond. He wears black clothes, in a conservative style. He's on the lean side, but not herion-chic or anything.

Attitude-wise: he's very cool and collected, almost to a fault. It's hard to get him to show emotion, but there is a definite air of peaceful enlightenment. Although he's a jedi, he eschews lightsabers as tools of violence, and rarely carries anything except a bag of marbles. He is a pacifist, mediator, and diplomat. He's not naive, though, and practices a soft form of martial arts similar to aikido and tai chi.

I've always pictured him as having a soft face, with a slight smile that shows he can see the problems in your soul, but accepts you anyway."

Kewl! What else can I say.

Definitely fits the request! Nice job, and an extra pat for really seeing and rendering the soul of the request!

It's great. I appreciate everything about this request, especially your willingness to work through the changes I asked for.

I think my favorite two things about this piece are the eyes and the marble in his hand.

With the eyes, you nailed exactly how I've always pictured them. And adding the marble into his hand was a great, subtle way to show the marbles aspect of his character but in an active sense.

Once again, thank you for your work.

I'm so glad you like it, Phyrefli. I know it took a while for this request to be picked up, but I'm glad it's all worked out for you. I had a lot of fun working on this piece.

So - welcome, officially, to SWAG!