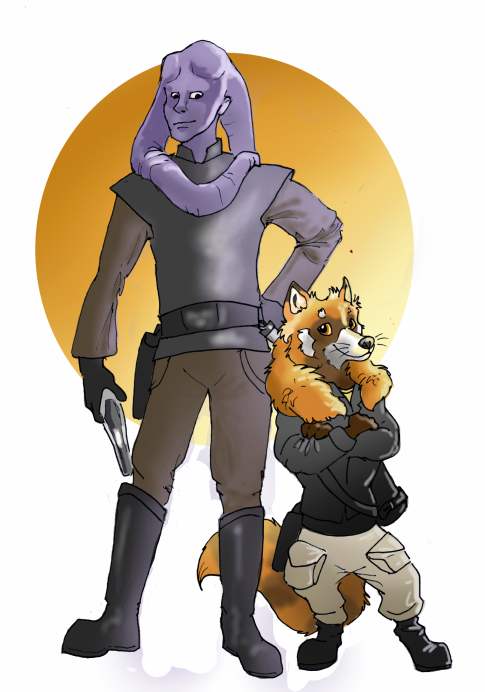 SO! While Tusserk was 'dead' and having traumatic adventures via email, I needed a new character to play with the rest of the squad.

I decided to annoy the crap out of GM-husband and insist on a species barely existent in the SW universe with no stats to speak of- meet Kitra ('Kit') Sirrus, an Amaran Antarian Ranger! Cute as a button with over-the-roof charisma, she was assigned as Lonar's personal bodyguard, what with him being the closest thing to a Jedi left working secretly for House Organa after Tusserk's death.

And how exactly is a three foot fox in a bomber jacket supposed to protect a formidable Force Adept of a Twi'lek? Weeeelll, having no official stats and little canon information to work with, GM got a little creative. He decided that in our version of the universe, Amarans are a distant relative of Karen Travis' Gurlanins... and thus, shapeshifters! What better way to get Imperial investigators off your tail than having a buddy who can turn into a perfect mimic of yourself to lead them astray...!?