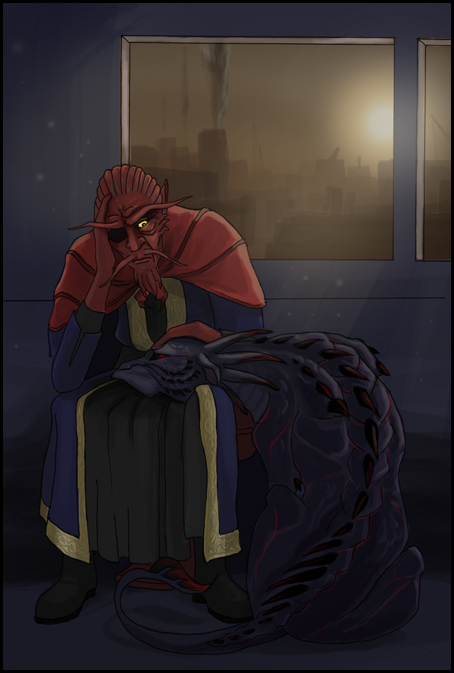 Five and a half years

So we experienced a bit of time dilation, where during the really messed up three months the squad recently spent on Zygerria, five and a half years passed in the rest of the galaxy. Tendaji was stuck on the slow side of the schism, but at least he had his trusty Tuk'ata by his side.

Lol.. guy looks like he's about ready to go insane.