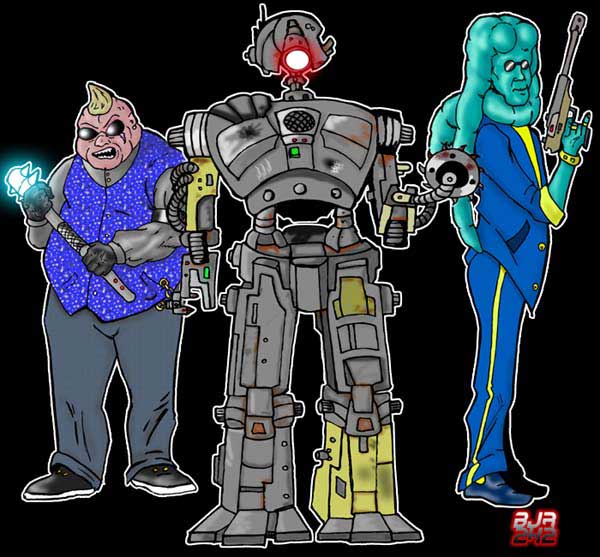 Request for NEO
This was a fun drawing, because of the flunkies in the background. The inital request just mentioned a robotic crime lord and two 'thugs'. Well, I thought about doing the run-of-the-mill Gammorean... but switched gears and went another way. Once I was done I thought the backstory for the enforcers would be even more interesting than that of the droid.

Did these guys work as a team? What sort of contracts did they take? Were they killers or bounty hunters? The only thing that sprung to mind was that the Advosec on the left was named the 'Timekeeper' and he was obsessed with the amount of time it takes certain species to die. Fun, huh?