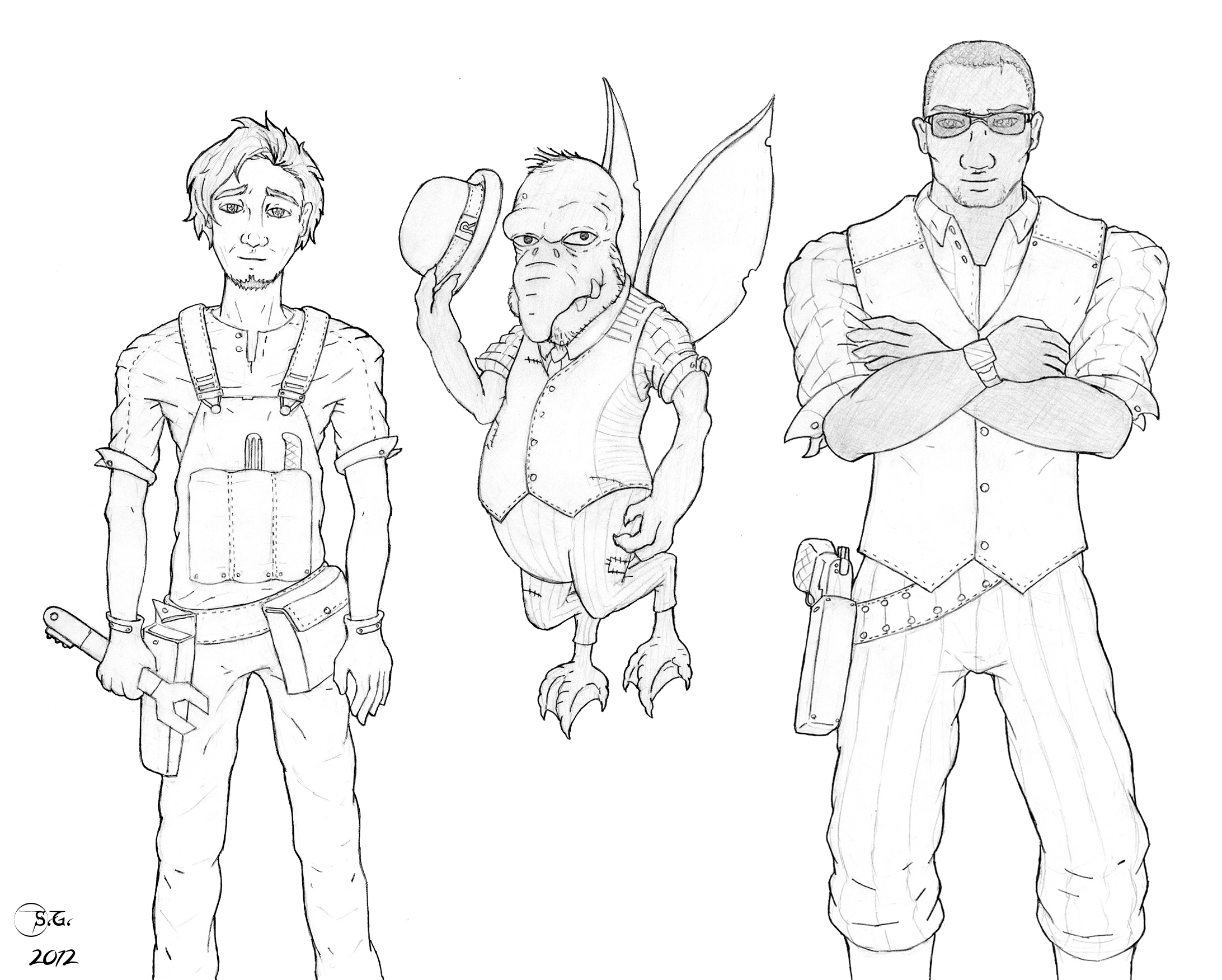 Crew of the Reclamator I

Request for I. J. Thompson.

In order from left to right.

Sloat:
The lone pilot and technician aboard Rammo's flagship, Sloat is a lazy underachiever who might have real brains, but generally can't be bothered to try and find them. He's tall, lanky, and typically wears dirty coveralls with assorted tools stuffed in the pockets.

Rammo:
A Toydarian, Rammo is the founder and CEO of Rammo's Reclamation Co. Inc., a galaxy-spanning salvage and junk retrieval company. His tenacity in scouring the galaxy for garbage has made him quite rich, as has his stubborn refusal to spend even the smallest amount of credits on corporate appearances. A scheming but jovial fellow, Rammo has a great love of holomovies, and will spend exorbitant sums on bootleg copies of the latest pictures while refusing to spend even a half-cred to repair a pair of pants that are split wide open up the back. He is always dirty and disheveled, but extremely energized and verbose.

Kroff:
Rammo's resident tough-guy, Kroff is tall, muscular, and imposing. Despite being the 'muscle' of the group, Kroff is actually its most cunning member; even if only as a result of Rammo's blinding whims and Sloat's unshakeable laziness. Slightly embarrassed to be working for a salvage company, Kroff wears finely-tailored suits and favours stylish dark glasses, to distance himself from the stigma of the salvage business.

After reading the descriptions and then the short story i really was inspired to draw these characters. They really seemed like this motley crew when i read the story, i had a strong image of them in my head as i read the story.

Whoah man, so fast and so right!

You've really nailed these guys, and for that I say... a thousand thanks! :)

This rules! Love the details, man.

Oh, so cool! You do some darned fine linework, Silk, I've gotta say. If I haven't said it before, which I could well have since I think it every time!